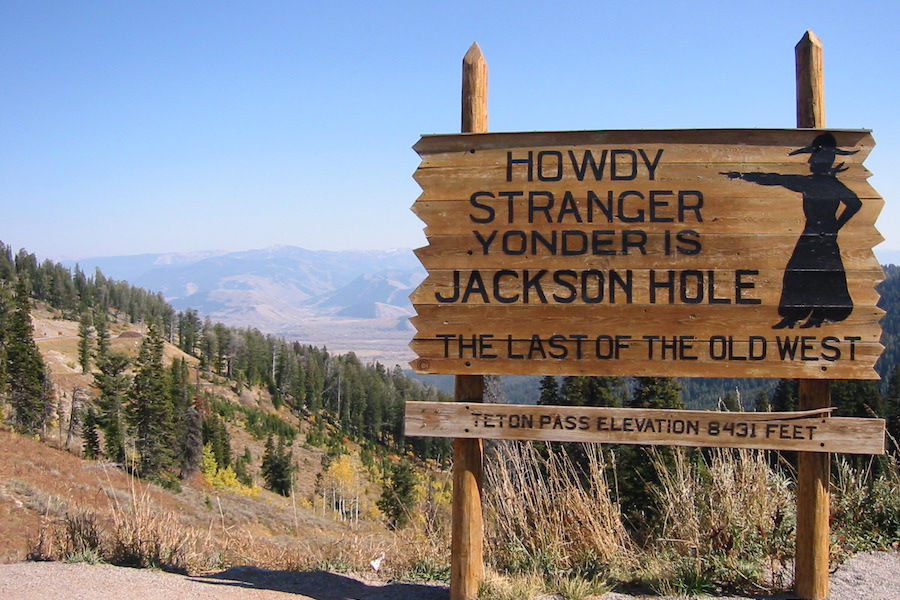 Like any family reunion, the Jackson Hole Economic Symposium may have been as significant for what was said as it was for what was not discussed

You can title your conference whatever you want, but the actual content will depend on the speaker list. The convenors of the Jackson Hole Economic Symposium apparently hoped to generate discussion about “Designing Resilient Monetary Policy Frameworks for the Future”. Having read all the papers, I can report that only one of them really engages the conference title. Everyone else just talked about what was on their mind under the more general heading of “Economic Policy.”

Like any family reunion, the gathering at Jackson Hole served mainly as an opportunity to update individual member status, and to reassert filial bonds. Better than any family reunion, the convenors were able to ensure a generally harmonious event by controlling the invitation list. Crazy uncles were blessedly absent, so there was nothing to disturb the choreography.

The festivities opened and closed with remarks by genuine central bankers, the United States (Yellen) to start, with Mexico, Europe, and Japan to close, and those are the remarks that made the news. In between, the substantive papers were all generally authored by academics, discussed by policy makers, and ignored by the press.

The order of play seems to have been designed to alternate monetary economists (Goodfriend, Sims, Reis) with financial economists (Duffie, Bindseil, Stein). The only non-academic paper, perhaps tellingly, is also the only paper that actually engaged the conference title, “Evaluating Monetary Policy Operational Frameworks” by Ulrich Bindseil. (I’ll say more about this exception below.)

Also telling, the papers by the monetary economists are all essentially about models of the economy, with the occasional current factoid sprinkled in for flavor, whereas the papers by the financial economists are much more empirical, engaging with empirical and institutional reality. What is notable about the former is the specific model choice, no DSGE or monetarism among them; what is notable about the latter is the particular focus on money markets, the primary place where central banks engage the larger financial system.

Just so, from Goodfriend we get a version of standard Fisher-Wicksell intertemporal asset pricing, tweaked to include the possibility of negative policy rates; from Sims we get a tweaked revival of the fiscal theory of the price level which emphasizes the intertemporal government budget constraint as the determinant of inflation; and from Reis we get a tweaked revival of old partial equilibrium stories about how supply and demand for reserves determine short term interest rates.

Just so, from Duffie (with co-author Krishnamurthy) we get discussion of the widening dispersion of money market rates across different markets, and some thoughts on what is causing it; from Bindseil we get discussion of the operational framework that links private money markets with central bank policy instruments, most importantly the short term money rate of interest; and from Stein (with co-authors Greenwood and Hanson) we get suggestions about how the Fed might manage its current balance sheet, still swollen from crisis intervention and multiple rounds of QE.

As I say, it is Bindseil who comes closest to addressing the advertised topic, though his focus is narrowly on the operational framework, not the monetary policy framework more generally. “Design” and “Resilience” are central themes of his paper, but its great strength is to locate those themes in a larger discussion of historical and institutional evolution. It is experience, not abstract models, that informs his ideas about design.

Bindseil explicitly recognizes that central banks engage not only with private money markets but also with sovereign governments, and not only with national but also with international counterparties. He locates the crisis of 2007-2009 in a much longer process of evolution of central bank operational frameworks, a process of learning and exploration that continues today alongside similar evolution of the environment in which they operate. And throughout that evolution, up to today, there has always been fundamental disagreement–he calls it “philosophical” disagreement–on a number of very central issues.

For Bindseil, the issue of “resilience” is centrally about restoration of deep and liquid private money markets and capital markets. Currently, as a consequence of crisis and subsequent QE, central banks are doing a lot of what these private markets used to do; interbank money markets are more or less dormant. The challenge for Bindseil is how to shift the balance toward more private liquidity provision and financial intermediation. (Myself, I always liken this challenge to the one the world faced after WWII, in shifting from war finance to peace finance.) The goal is to build a system that can absorb all but the largest shocks itself, without having to resort to the central bank balance sheet. The central bank should backstop the market, not replace it.

how ambitious, activist and complexity friendly (or, alternatively, skeptical, humble and simplicity‐oriented) a central bank should be in its operational framework design

As I read him, Bindseil leans toward the skeptical, humble, and simplicity-oriented side of that spectrum. And that explains why he focuses so much attention on operational frameworks, and none at all on the larger monetary policy framework. It is here, in the evolving operational framework, that we find the foundation and pre-requisite for any future monetary policy framework. We start there not only because it is foundational, but also because of the limits of our knowledge about other matters. Ideally we want a rule-based system, but that “requires having achieved a high level of understanding of the economic relationships at stake” (p. 12). Long experience of operational frameworks gives us that necessary high level of understanding, which is not so present in other areas.

From this point of view, the most notable feature of Yellen’s opening remarks is how little reference she makes to any academic model. For better or worse, the essential basis of everything she said was the Fed’s own econometric model, so-called FRB/US (pronounced “ferbus”), and the simulations of that model conducted by David Reifschneider and published just before Jackson Hole. The model suggests that the Fed can still, even in its current overextended state, absorb a large macroeconomic shock if it really has to, and that it can do so without negative policy rates. Maybe, maybe not. It’s a model, representing our current level of understanding how the macroeconomy works. How high is that level of understanding? Only a crazy uncle would dare ask such a question, and by construction there were none in attendance.

In sum, only one person dared talk about designing resilience, and his discussion was confined to the most narrow operational framework. One way of understanding the silence is that people talked about what they knew about. Invoking Wittgenstein, perhaps it is a case of “whereof one is not able to speak thereof one must be silent”. After the crisis, we are reconstructing knowledge as well as markets. Both are slow business.