MIT Economist on Coronavirus: Young People “Going to Get Squashed” 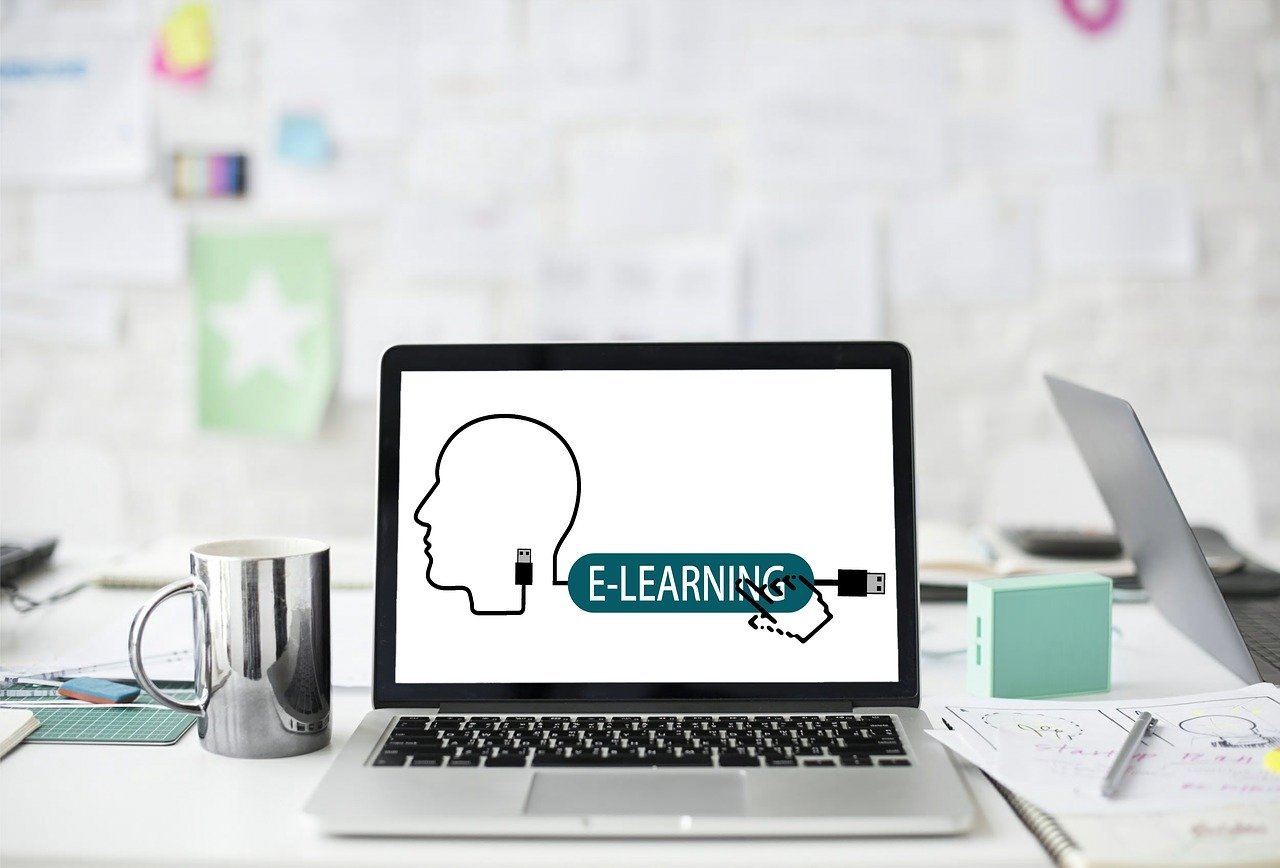 The younger generation, already saddled with student debt and uncertain jobs, will pay a high price as the crisis unfolds.

Economist and economic historian Peter Temin, Professor Emeritus of Economics at MIT and author of The Vanishing Middle Class, has described America using a powerful “dual economy” model first created by West Indian economist and Nobel laureate W. Arthur Lewis. Common in developing countries, dual economies feature a splitting into two separate sectors where people’s lives are vastly different. As Temin sees it, the U.S. now features an affluent sector, about 20% of the population, where people have stable lives and good jobs and an increasingly separate, low-wage sector, roughly 80%, where people struggle to get by and find fewer and fewer ways to improve their lot. In a conversation with the Institute for New Economic Thinking, Temin explains what the COVID-19 pandemic reveals about this system, who is most economically at risk, and what it will take to fix things.

Lynn Parramore: As the pandemic takes hold, what’s your sense of who is most vulnerable? How does the crisis illustrate the changes brought about by a movement to a dual economy?

Peter Temin: Unfortunately, the current administration is not concerned about people in the low-wage sector, and under it, the rate at which the middle class is vanishing has been increasing rapidly. The rich have gotten richer: As economists Emmanuel Saez and Gabriel Zucman have pointed out, our taxes have become regressive since the 2017 tax cut. And, of course, now Trump wants to aid his friends who are rich and so he wants to bail out the airlines.

Kids who are working in the gig economy are going to get squashed down with fewer and fewer opportunities. A lot of them have educational debts. Trump’s statements about helping them is really just garbage. If he truly wanted to help, he could fire [Education Secretary] Betsy DeVos. Failing that, he ought to get her or the department to go after the private universities – those who have tricked the young people trying to get ahead – and cancel those debts. That’s what the Obama people tried to do and then it was reversed by Trump in his effort to get rid of everything that Obama ever did.

Young people are very vulnerable, especially those who have not been able to find a steady job and get ahead. Their education has been compromised because teachers have been ill-paid for many years. Teachers work very hard and are very dedicated – I don’t criticize the teachers themselves – but the low pay makes many people who might be innovating and using recent knowledge to help kids learn often go off and become lawyers and other things now. This sacrificing of the long-run aims of the country has been going on since the 1970s. Education used to be our very strong suit but now we’re falling behind other countries.

LP: The need for social distancing from COVID-19 is forcing many students across the U.S. into online learning. Some view the push for online learning in recent years as a scheme by political groups who don’t support robust public education to devalue the teaching profession (as well as an opportunity for tech companies to cash in). What’s your take?

PT: The push towards more online learning is a really bad idea. The poorest people lack access, so it condemns them to staying poor. It doesn’t provide any way out. Think of the economist Roland Fryer [the youngest African American to ever receive tenure at Harvard] who got rescued from poverty when he got a football scholarship to the University of Texas. Somebody recognized how bright he was, and he then went to Harvard and won the Clark medal for the best economist under 40, and so on.

If online learning becomes normalized, people like that won’t make it out. They won’t ever get started. They won’t be in a place where somebody can recognize their talent and can take them on. Learning takes place partly by the psychological bonding of kids with teachers. That’s why teachers are so important. Very poor people have parents who don’t have jobs and sometimes only one parent or no parent, so this kind of connection to an adult becomes all the more essential. If you just look at a machine that asks how much is 2 + 2, check the box, that isn’t anything compared to a teacher saying, have you thought of this or that? For kids with stable households and parents, it might work, but not for poor people. It jeopardizes the future of America because we need to have all of our young people thinking about things and getting into the world, able to pursue a good idea. People love to talk about the origins of our very rich entrepreneurs. Those are the people who made it, but you wouldn’t have been able to predict that when they were four years old. The only way to catch the talent is to give everybody a chance. Not just the people you know, but all sorts of people. Ability is distributed throughout the population.

For all these reasons, the education part of this is just terribly important. Each time there’s a financial crisis, the support for state colleges goes down. Most of them are now state universities in name only, with just around 15% of their budget coming from the state. When we think about online learning we may think of grade-school kids, but it makes it difficult for them to go further, too. With online learning, you never see a book. You may just see shorter piece, ten-page essays and so on. You don’t get that deep understanding that comes from reading books.

LP: This pandemic is also shining a light on America’s incarceration practices, which you’ve cited as a driver of the dual economy. Could the crisis help us come to terms with how out of step we are with the rest of the world in locking up so many people? Especially vulnerable populations?

PT: America’s incarceration practices are different because we had slavery. [Economics reporter] Eduardo Porter has a book coming out on this, and I’m writing about it, too. This is a very hard thing, and we’re going to have to fix mass incarceration in order to fix urban education, which is education for the poor. But the federal government is not interested in this at all. Trump is not interested. There are district attorneys who are refusing to prosecute for non-violent offenses and reform the bail system and all the things that have built up over the course of the last half century. But what’s happened is that there are a lot of vested interests, like private prisons, that want more, not fewer prisoners. So, you have to combat that. Privatization is a problem with incarceration. You’ll notice in the present crisis, Trump went to private suppliers to get tests for the virus. Has he gotten them? No. He didn’t go to them because they were efficient or had a secret. He wants to privatize everything.

The problem we face in confronting mass incarceration is that we are a very diverse country. Things look very different in different parts of the country. Areas in the South that have Evangelicals are different from areas in the northeast, for example. They want to criminalize abortion, and put more, not fewer, people in prison. San Francisco may not be arresting as many people during the pandemic, but that doesn’t mean that you’ll see the same trend everywhere. Prisoners are actually included in the census where the prison is, so having that tends to emphasize the votes of rural people. That’s similar to the old three-fifths rule in the South [counting three out of every five slaves as people in apportioning representatives, etc.] which emphasized the votes of slave-owning people before the Civil War.

LP: What kinds of responses to the COVID-19 crisis would help us move beyond the dual economy structure and create more unity between the affluent and low-wage sectors?

PT: It is critical to send money, one way or another, to the low-wage and poor people who need the money to live on and will spend it. That will get things going. We also need to increase funding for early education. That’s what the New York City superintendent has been trying to do. And that brings us back to teachers because early education can’t be done on the computer.

Fundamentally, we will also have to change the tax structure. We’ve gotten ourselves into a very bad position in the U.S. and it’s really punishing us right now. A dual economy makes it much harder to deal with a crisis like the coronavirus. People in the upper part need to pay for things for the low-wage part to recover, and of course the government needs to be involved, but there are these pro-austerity people who don’t want the government to do anything. They want it all to be the private sector, and that misses the fact that very young kids don’t get noticed when you leave everything to the private sector because young children don’t buy things. They get lost. Then they end up in prison. The cycle repeats itself over and over. The more diverse the incomes are, the harder it is to make the changes you need. Just as the kids need good teachers, we need to have some leaders who will think about these things. Trump is all concerned with how things go on the evening news, the short-time horizon. What we need is somebody who can look ahead, to ask where are we going? What are we going to be in 20 years, 40 years, 60 years? On the current path, we are becoming Argentina, a place which is very nice for the people who live in the cities and have a lot of money, and pretty terrible for everybody else.