“The important thing for Government is not to do things which individuals are doing already, and to do them a little better or a little worse; but to do those things which at present are not done at all.” John M. Keynes, The End of Laissez Faire, 1926 (p. 44)

If there are two words we’re guaranteed to hear a lot of as the economic debate gets heated in the run up to the UK elections it’s “debt” and “deficit”. And even more so in the US elections!


Six years have passed since the Lehman Brothers collapse kicked off what later became the most severe economic crisis since the Great Depression. But Governments, political parties and different elements of civil society across the globe remain locked in debate over what to do with regard to government debt levels, fiscal deficits, and public investments.

Typically, this wrangling over the size of deficits has deterred focus from more fundamental questions about the composition of public spending and the type of institutions that guide it.

The key issue is how today’s decisions about public spending and investment will affect future growth. We need to consider how government can act as an investor, directing change through a portfolio of different investments in long run opportunities, that will enable GDP (the denominator of the ratio that matters: debt/GDP) to grow in the long-run. In the past we see that many such attempts might fail, but those that succeed can generate decades of growth—well worth the try.

Later today I’m going to be addressing some of these issues in the UK Parliament at the launch of a new booklet I have co-edited with Caetano Penna – Mission-Oriented Finance for Innovation: new ideas for investment-led growth. The new booklet, published in conjunction with Policy Network, offers a challenge to the prevailing economic narrative – asking what kinds of visionary fiscal policies we need to help promote ‘smart’, innovation-led, inclusive and sustainable growth. It builds on my latest book on The Entrepreneurial State: debunking private vs. public sector myths, where I argue that public funding has often been the secret behind innovation led growth, but focuses much more on the macro picture. It considers how reforming finance and kicking off post-crisis growth can be done through a decentralized network of mission-oriented public institutions. Institutions with the self-belief to direct funding in particular directions that can transform economic growth, in ways to make it more innovative, more inclusive and more sustainable. Not trendy innovation ‘advising’ agencies to such institutions, but the public institutions themselves.

The booklet is an outcome of a conference I organised in July 2014, supported by the Brazilian Development Bank BNDES, and includes contributions from Vince Cable (UK Business Secretary), Andy Haldane (Chief Economist, Bank of England), Adair Turner (Senior Fellow, INET), and many leaders of mission-oriented public agencies from around the world and leading economists (such as ARPA-E, KfW, EIB, Innovate UK, and many more).

Speaking alongside me at tonight’s event are: Carlota Perez (Centennial Professor of International Development, LSE, and Honorary Professor, SPRU, Univ. of Sussex), David Willetts (Former UK Science Minister), Dan Hill (Executive Director of the UK Future Cities Catapult). The debate will be chaired by Stewart Wood (Labour peer, shadow minister without portfolio and adviser to the leader of the UK Labour party). It’s sold out, but Policy Network will have a podcast available after the event.

In a period when major economies are still reeling from crisis aftershocks and struggling to face up to the grand societal challenges of our time (climate change, ageing crisis, youth unemployment), its emphasis is on the need for public policy to make a step change: shaping and creating markets for long-term economic growth, and in doing so learning from ‘mission orientated’ investments of the past which were able to direct investments towards transformational areas. It was indeed such investments that brought us the IT revolution—and could bring us in the near future ‘green revolution’ with the potential to transform sectors world-wide.

The book, Mission-Oriented Finance for Innovation: new ideas for investment-led growth, addresses some of the key issues that policy-makers need to address: what can we learn from such investments in the past? How were they directed? Did they aim to fix a narrow set of problems, or transform future landscapes?

What do we mean by mission-oriented?

Those regions and countries that have succeeded in achieving smart innovation-led growth have benefited from long-term visionary ‘mission-oriented’ policies – from putting a man on the moon to tackling societal challenges such as climate change (for a great review of some of these programmes, see this special issue of the journal Research Policy). In addressing these missions, public sector agencies have led the way, investing not only in the classic ‘public good’ areas, like basic research, but also investing along the entire innovation chain (basic research, applied research, early-stage funding of companies) and courageously defining new high-risk directions. Traditional cost-benefit analysis and market failure justifications would have halted these investments from the outset: There would have been no Internet, no biotech, no nanotech; and today, no clean-tech. Thinking about governments and public investments as ‘mission-oriented’ lets us move the debate on fiscal policies forward.

Instead of focusing on ad hoc infrastructure investments in new highways and railroads, a mission-oriented government considers transformational changes—such as the development of new general purpose technologies— that affect all sectors. This is not an easy task. To fulfil this mission-oriented function, state agencies – ranging from public banks like KfW in Germany and BNDES in Brazil, to innovation agencies like DARPA and ARPA-E in the US and Innovate UK in the UK– have been willing to explore new landscapes, tackling extreme uncertainty, accepting the trial and error process that often leads to failures—with the successes leading potentially to decades of growth: well worth the wait. How do they do it? What challenges lie ahead? Should government step back or step up? And how can we socialise both risks and rewards so that economic growth is not only smart, but also inclusive?

Of course public investment cannot operate alone. It is dependent on an engaged committed private sector willing to share the burden, especially in downstream areas. Contributors to the book also consider whether financialization of the real economy is causing companies to worry more about their stock prices than future growth opportunities, and hence threatening such engagement? If so, how can mission oriented innovation policy also promote de-financialisation by addressing targeted, strategic public investments alongside transformations in corporate governance and financial market reform?

The book provides an insight into these questions, with contributions from practitioners from some of the most important mission-oriented agencies around the globe, as well as from leading economists placing their actions in the context of a world in transition—requiring deep transformations.

Mission-Oriented Finance for Innovation project website including films of all the talks from the July 2014 Conference.

SPRU (University of Sussex) article about the book.

Building the Entrepreneurial State: A new framework for envisioning and evaluating a mission-oriented public sector. Levy Institute Working Paper No. 824

The Entrepreneurial State, funded by the Ford Foundation. 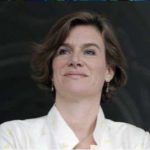