By John Davis and Wade Hands

The March 2013 issue of the Journal of Economic Methodology, “Methodology, Systemic Risk, and the Economics Profession,” on the relationship between herding behavior and knowledge production in economics was supported by a generous grant from the Institute for New Economic Thinking.

Changing the incentives for how economists determine both the content of the subject and their approach to scientific research could increase the range of thinking in the profession, reduce herding in research and policy, and help reduce professional blindness to economic risk.

Financial Times journalist John Authers advanced a similar criticism with respect to the institutional structure of the investment community in his 2010 book, The Fearful Rise of Markets. Authers argued that institutional incentives in the investment community encourage herding, producing highly correlated patterns of investment across different asset classes and increased fragility in the financial system. The implication is similarly that changing the incentives institutional investors face might reduce the financial system’s vulnerability to crisis.

What motivates the papers in this special issue of Journal of Economic Methodology is the idea that herding in both economics and the financial sector stems from related social-institutional processes affecting decision-making and behavior that can be understood in part in methodological terms.

Economic methodology has traditionally concerned the explanatory and epistemological basis for economic theories, models, and policies. The institutional structure behind accepted methodological reasoning in economics and finance on what kinds of models and approaches should be employed leads to the ‘dominance’ of a relatively small set of theories, models, and policies. ‘Dominance’ is specifically defined as a methodological concept regarding the relationship between competing explanations in a science or profession where dominant explanations are formulated and defended largely without reference to competing alternative explanations.

The herding argument is that ‘dominant’ views regarding the status of leading theories, models, and policies in economics generate an ‘epistemic risk,’ where an undiversified structure and system of incentives in economic knowledge production spills over and affects the functioning of the general economy. See the March 2013 “Methodology, Systemic Risk, and the Economics Profession” issue of the Journal of Economic Methodology for a variety of arguments on this subject. 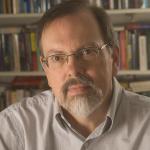