The old political-economic thinking of Karl Polanyi was never properly absorbed into “mainstream” North Atlantic economics: recognizing that land, labor, and finance are not really “commodities” returns institutions and social processes to the center of economic analysis.

What can economists learn from Karl Polanyi, the Hungarian refugee author of The Great Transformation?

Part of the answer is suggested by a recent column (New York Times, April 3), in which Paul Krugman argues that a substantial raise for U.S. workers is both practical and feasible. Making this case forces him to challenge standard economic logic. The price of labor, like other commodities, is supposed to be determined by the market. Hence, governmental efforts to push that price upward with higher minimum wages are supposed to backfire. Since employers cannot afford to keep on workers whose wages exceed their output, higher minimum wages will result in layoffs. But Krugman draws on twenty years of careful empirical work that has shown –contrary to theory—that when localities or states raise their minimum wage, there is no contraction in the number of available jobs.

So what is the explanation for this disjuncture between theory and empirical results? Krugman’s answer is “that workers are not, in fact, commodities.” Unlike soybeans or other commodities, employees know and care about their price, and when they are paid better, they tend to work harder, stay in their jobs longer, and improve the employer’s bottom line. Krugman suggests that viewing workers as commodities leads directly to the aggressive attack on wage and benefits that has been dominant in the U.S. for the last forty years. But as soon as we reject the idea of workers as commodities, the road is open to alternative policies that could address skyrocketing income and wealth inequalities.

Krugman is drawing here, whether he realizes it or not, on the powerful methodological critique of mainstream economics that was first elaborated by Karl Polanyi. As Margaret Somers and I explain in our book, The Power of Market Fundamentalism: Karl Polanyi’s Critique, http://www.hup.harvard.edu/catalog.php?isbn=9780674050716 Polanyi’s main target was “social naturalism”. This is the idea that human society is governed by the laws of nature. Social naturalism was at the root of Classical Economics’ “iron law of wages”—the claim that if workers are paid more than subsistence, they will reproduce too quickly and the population would outrun the supply of food. The iron law was abandoned by the mid-19th century, but economists continued with the social naturalist assumption that labor is like any other commodity.

To challenge social naturalism, Polanyi argues that labor, land, and money—three of the most important inputs into the production process—are fictitious commodities. Actual commodities are things that are produced for sale on the market. But labor is the work effort of human beings, land is nature that has been carved up into parcels and the supply of money and credit has been for many decades determined by central banks. However, to sustain the social naturalist view of the economy as a self-regulating organism, economists have had to ignore reality and pretend that fictitious commodities are actual commodities.

As Krugman’s column suggests, recognizing that these key inputs are not commodities returns institutions and social processes to the center of economic analysis. This focus makes it easier to see the problems in many of the free market claims that derive their power from a naturalistic and unrealistic model of how markets are supposed to work. But just as importantly, this gestalt shift opens up space for new policy ideas because it turns out that progressive reforms do not—like increases in the minimum wage—inevitably produce perverse consequences. There are free lunches out there; we just have to find them. 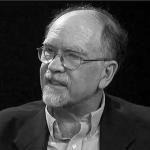