Is Wall Street Doing its Job? 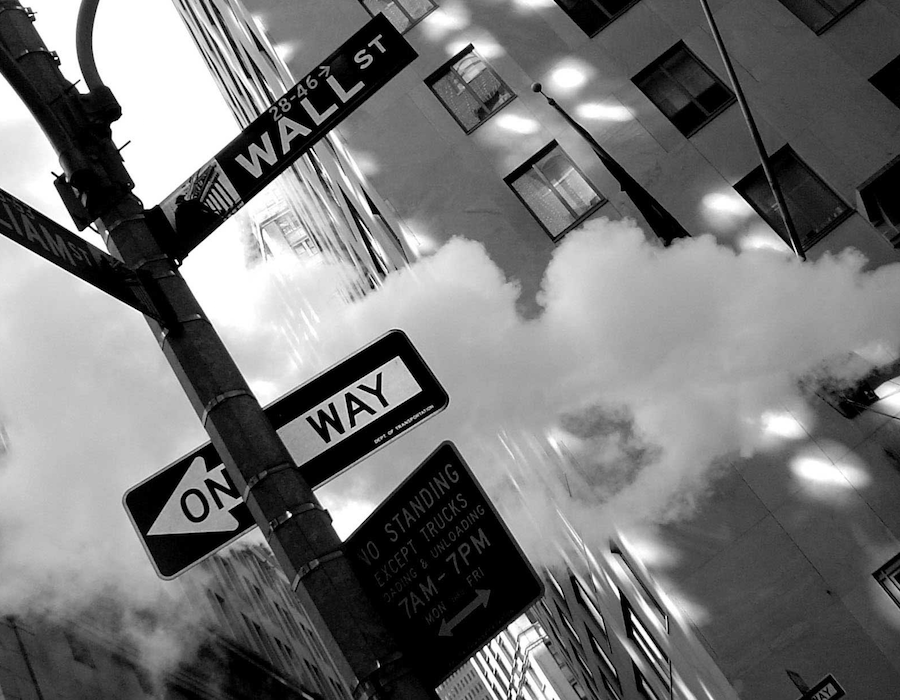 Wall Street should be serving the economy, not starving it of investment

The turbulent U.S. election seasons is a symptom of the citizenry’s loss of faith in the political and economic status quo, but Rana Foroohar sees no sign that anyone with their hands on the levers of power in Washington appreciates the causes of the problem — much less offers plausible solutions. Writing in TIME she warns that all of the prescriptions for tackling America’s economic woes being offered by presidential candidates are not adequate to the challenge.

“All of them are missing the point,” she writes. “America’s economic problems go far beyond rich bankers, too-big-to-fail financial institutions, hedge-fund billionaires, offshore tax avoidance or any particular outrage of the moment. In fact, each of these is symptomatic of a more nefarious condition that threatens, in equal measure, the very well-off and the very poor, the red and the blue. The U.S. system of market capitalism itself is broken.”Her diagnosis of the problem is focused on the disconnect between financial markets and the productive economy.

“If we wonder why we have a 2 percent (growth) economy eight years and $4 trillion worth of monetary stiumulus on, we should look at the fact that the capital markets are simply not doing what they were set up to do,” she says.

Foroohar quotes INET Board Chairman Adair Turner in support of that view. “Across all advanced economies, and the United States and the U.K. in particular,” Turner told her, “the role of the capital markets and the banking sector in funding new investment is decreasing.”

Noting that financialization and a Wall Street model now permeate much of American business, she concludes: “The right question here is in fact the simplest one: Are financial institutions doing things that provide a clear, measurable benefit to the real economy? Sadly, the answer at the moment is mostly no. But we can change things. Our system of market capitalism wasn’t handed down, in perfect form, on stone tablets. We wrote the rules. We broke them. And we can fix them.”

Inequality and the power of monopolies

INET Advisory Board member and Nobel laureate Joseph Stiglitz notes that two schools of thought prevail when it comes to explaining the concentration of wealth in the hands of a small number of people. The “competitive” approach, based on 19th century liberal economics, which emphasizes the social contributions of various participants in the economy, based on the assets — human and financial capital — they bring to bear. Their focus is therefore on the distribution of assets, and how this is passed between generations.

A second school of thought is focused on the imbalance of power reproducing and deepening inequality. “As inequality has widened and concerns about it have grown, the competitive school, viewing individual returns in terms of marginal product, has become increasingly unable to explain how the economy works,” Stiglitz writes. “So, today, the second school of thought is ascendant. After all, the large bonuses paid to banks’ CEOs as they led their firms to ruin and the economy to the brink of collapse are hard to reconcile with the belief that individuals’ pay has anything to do with their social contributions.”

Today’s economy sees a persistent concentration of capital in an increasingly narrow number of corporations.

“Joseph Schumpeter, one of the great economists of the twentieth century, argued that one shouldn’t be worried by monopoly power: monopolies would only be temporary. There would be fierce competition for the market and this would replace competition in the market and ensure that prices remained competitive,” Stiglitz writes.

“My own theoretical work long ago showed the flaws in Schumpeter’s analysis, and now empirical results provide strong confirmation. Today’s markets are characterized by the persistence of high monopoly profits.

“The implications of this are profound. Many of the assumptions about market economies are based on acceptance of the competitive model, with marginal returns commensurate with social contributions. This view has led to hesitancy about official intervention: If markets are fundamentally efficient and fair, there is little that even the best of governments could do to improve matters. But if markets are based on exploitation, the rationale for laissez-faire disappears. Indeed, in that case, the battle against entrenched power is not only a battle for democracy; it is also a battle for efficiency and shared prosperity.”

What to teach undergrads?

Peter Dorman, who advised the Institute’s first curriculum committee, reports on the latest skirmish in the long battle over undergraduate economics curricula. First, pedagogical style (a predilection for simple models over extensive empirical engagement); second, the extent to which models in introductory economics deviate from the knowledge produced (thus for example, the textbook model of minimum wages would predict unemployment, whereas empirical literature contest this and many theoretical approaches provide reasons for it); third, debates over the content of the economics 101 (for example is utility maximization a necessary, sufficient or appropriate core concept around which to build a curriculum?)

ECB President Mario Draghi’s speech at the Bank for International Settlements begins with a startling fact: “Today, 18% of the global economy, weighted by GDP, operates in an environment of negative central bank policy rates, and the proportion rises to 40% if we include countries with zero to 1% rates.” Draghi provides a long and detailed analysis of the concerns surrounding low interest rates and the perceived causes of this trend. He also focuses on a key tension between the theoretical notion of a real, or long-term rate of interest which is determined by structural factors — and presumably not something that can be affected by monetary policy — and existing interest rates, which are extensively determined by it. As the blogger JW Mason puts it, “His idea, and the corollary that the economic world we actually observe is in some sense a false, unreal, artificial or ‘distorted’ sublunary version of the true ideal, is, the central site of tension between economic ideology and economic reality today.”

Valerie Wilson at the Economic Policy Institute parses the latest unemployment numbers through lens of race and ethnicity, and finds more evidence that the burden is unequally shared. While the national unemployment rate in March of 2016 was 5 percent, among African Americans the rate was 9 percent, compared with 5.6 percent for Latinos, 4.3 percent for whites and 4 percent for Asians.

During the first quarter of 2016, the African American unemployment rate was lowest in Delaware and New Jersey (5.4 percent) and highest in Illinois (14.1 percent). Illinois was also the state with the highest black unemployment rate during the previous quarter.


The largest gaps were in the District of Columbia and Arkansas, where the black unemployment rate was 5.5 and 3.6 times the white rate, respectively.

Read Peter Temin on race, globalization and the politics of exclusion

In search of environmentally sustainable growth

INET Board chairman Adair Turner and Ajay Mather tackle the thorny problem raised by the global climate-change targets agreed in Paris last December for the economies of the developing world. Even if all the greenhouse-gas-emission target cuts were achieved, “the world would still be heading towards eventual warming of some 2.7-3.4°C above pre-industrial levels” – a dangerous level of warming the perilous social and economic consequences. “To keep warming well below 2°C, emissions in 2030 must be more than 30% below those envisaged” thus far.

“This will be an enormous challenge, given the need for major strides in economic development over the same period,” they write, because “that will require a huge increase in energy consumption.” A key element of a solution, they argue, lies in improving the efficiency of energy productivity – the amount produced per unit of energy consumed.

“Impressive progress is already being made in one crucial area: electricity generation. Solar power costs have fallen 80% since 2008. In some places, new supply contracts have set prices as low as $0.06 per kilowatt hour, making solar power fully competitive with coal and natural gas.”

But because electricity production and consumption is only a small part of the overall challenge of reducing carbon outputs, a profound policy debate among all stakeholders has become increasingly urgent.

“The challenge now is to find an economically sensible path that enables emerging economies to fulfil their growing energy needs, while ensuring that the world meets its climate objectives. It is technologically possible. But it will require action by many very different actors” — actors not known for cooperating in the interests of the greater good.