Interview with Barry Eichengreen, any requests?

We have been talking and video interviewing people at the conference, and we’ve narrowed down a small list of questions which we try to build on and have so far talked to Kenneth Rogoff, Brad DeLong, Ha-Joon Chang, Stephen Ziliak, Philippe Aghion, Jean-Paul Fitoussi, Barry Eichengreen and tomorrow we start with James Galbraith.

Barry was really good about giving us 10 minutes after four solid hours of interviews, so we skipped the camera and did it old school while stretching our legs in direction of the drinks reception. In that spirit I thought I would share the team questions and an initial draft (hey, it’s late) of Barry’s answers. Any suggestions for whom we need to grab tomorrow or Monday?

How has your teaching changed following the 2008 crisis – have you used history more?

I don’t so much teach history, as I do history. History has a certain utility for economists and as such it is a long existing discipline! But I teach it differently to undergraduates and postgraduates. For the former I try to give an integrated picture of the ‘world economy in the 20th century’ (which is also the title of the course). For the graduate students it is more methodology and exposing them to empirical controversies.

Which work in economics the most impressed you?

I would have to be less sleep deprived than I am to fully answer that question [he came in from the west coast 24 hours ago –Ben], but as I can see O’Rourke there, I would point to his book with Findlay, Power and Plenty as a fine piece of work. Its overview and synthesis is real progress in Economic History.

How do you define progress in Economics?

There is no single answer to this, but I worry that while we have been good at exporting our models to other social sciences, we have not been very successful on the imports front. So I think inter-disciplinarity is a key, which is why I have taken a masters degree in History and acquired a Political Science appointment.

How do you change economics?

The key is in training the next generation. There has been a disappointment I think due to the lack of radicalism after what happened in 2008, but I am not that surprised because for these things to change you need a generational change. While institutions and history may be of interest to students, senior staff members are unlikely to change what they have been doing for a very long time. But you need to train people, encourage top departments to take them and then they will be this new generation.

Make no mistake, I think there are already good movements along this line, as evidence by the rise of empiricism in young economists. Empiricism is increasingly important, and so is the historical aspect. It seems to me that there are more outlets available in top journals – and we need to encourage that – like my student, Jeremiah Dittmar’s paper – which looks at the printing press and technological change over time, and that’s coming out in the QJE. So yeas, I think that is going the right way. 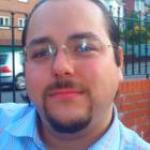