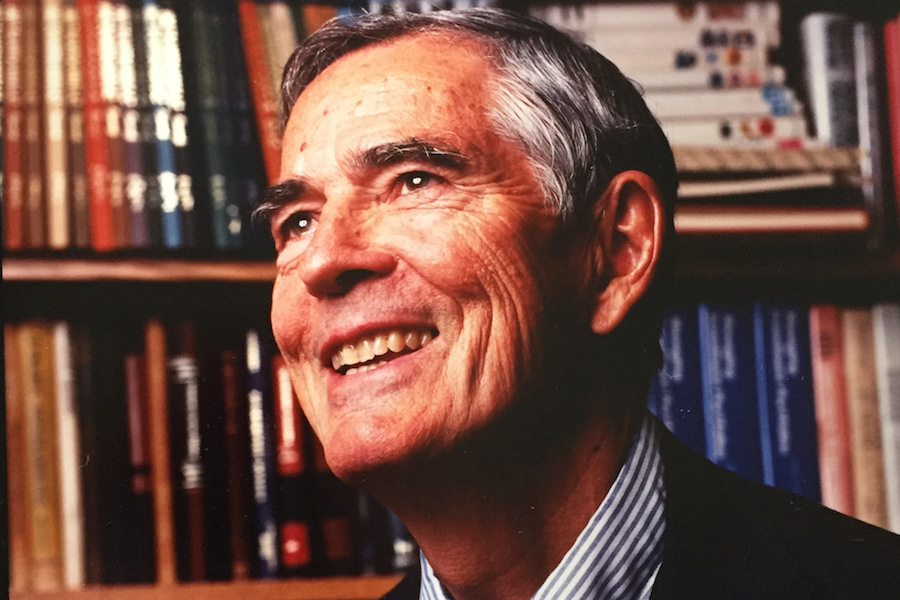 “Jack has never been easy,” wrote Charles D. Ellis in 1981 as Jack stepped down from his position as editor of the Financial Analysts Journal which he had held since 1969. In Jack’s own departing words in the same issue of the FAJ, he described a “guerilla war” between black hats and white hats, whose “outcome is still in doubt”.

In retrospect, the years of Jack’s editorship more or less coincided with a most remarkable period in American history when what I have called the revolutionary idea of finance took hold and transformed financial institutions and financial practices utterly. Jack was in the middle of it all, pushing against the resistance of the Old Guard in his attempt to professionalize the job of financial analyst, but also pushing against the New Guard whose almost religious belief in market efficiency led them to disregard the importance of that very same job.

Here he is, in 1979, retrospectively characterizing the middle ground he was trying to occupy:

I believe in a third view of market efficiency, which holds that the securities market will not always be either quick or accurate in processing new information so that, contrary to the academic view of market efficiency, opportunities to trade profitably against the market consensus exist. According to this view, however, it is not easy to transform research advantage into superior portfolio performance. Unless the investor understands what really goes on in securities transactions, he can easily convert even superior research information into the kind of performance that will drive his clients to the poorhouse.

To help him keep his balance on that shifting middle ground, he brought onto the board of FAJ his friend Fischer Black, who himself would spend more or less the same crucial formative years hanging out in academia, first at the University of Chicago and then MIT. The result was a remarkably productive collaboration in which Treynor, taking advantage of his greater closeness to the world of practical experience, produced a series of “ideas in the rough” that Fischer then picked up, reworked, and smoothed out.

All of this mutual influence was visible to everyone on the pages of FAJ, but I think there was an even deeper influence that was largely invisible. From the very beginning, it was Treynor’s version of the Capital Asset Pricing Model that got Fischer interested in finance, and it was Fischer’s application of that model successively to monetary theory, business cycles, and then options and warrants that got him into academia (not to mention a posthumous Nobel mention for the options pricing work) without ever earning any formal degree in either economics or finance.

Just as significant, according to me, it was Treynor’s thinking about “The Economics of the Dealer Function” (1987) that undergirded Fischer when he shifted from MIT to Goldman Sachs, and I believe stimulated his famous Presidential Address to the American Finance Association “Noise”, including the most famous passage:

We might define an efficient market as one in which price is within a factor of 2 of value; i.e. the price is more than half of value and less than twice value.

Such deviation of price from value of course offers exactly the “opportunity to trade profitably against market consensus” that Treynor was always looking for.

The revolutionary idea of finance transformed the practice of finance, and in time it also transformed academic understanding of finance. Indeed, both transformations continue to this day; I tell all my students that financial globalization, and the resultant integration of money markets and capital markets, is the defining fact of our age. But I think there is another, even slower, transformation under way as well, a cultural transformation in how we think about risk and time in our own lives, both as individuals and as collectivities.

That cultural revolution is of course still very much unfinished business. Jack Treynor, by placing himself in the middle of the central transformational event of his generation, was a pioneer not only in the art of investment but also in the art of living.