How to Deal with a “Bretton Woods Moment” 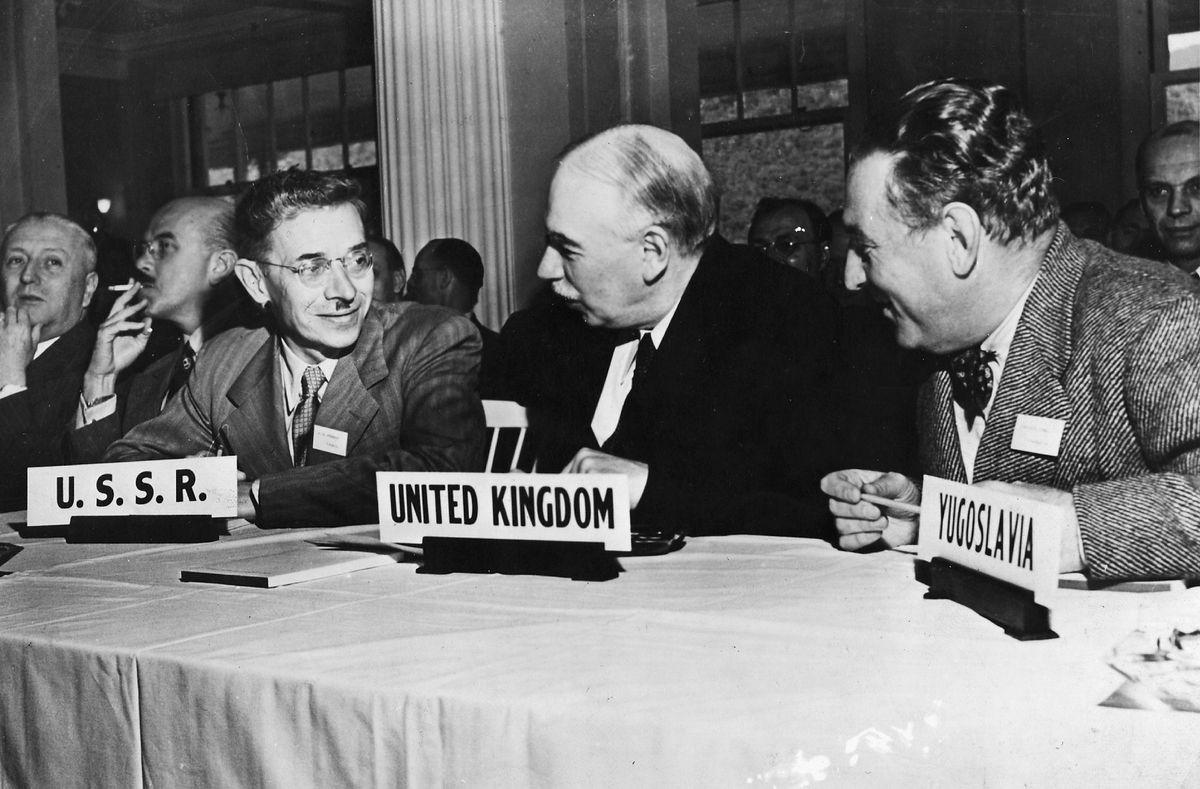 A new global economic system has to be based on a key principle of Bretton Woods: multilateralism

The world economy is in serious disarray. What can we do about it?

It has become commonplace for political leaders and pundits to pronounce the need for a “new Bretton Woods” to solve the problems of our broken world economic system. The cry evokes memories of the monetary conference in Bretton Woods, New Hampshire, in 1944, during which all the allied countries fighting the Axis in World War II created the rules-based international financial system that produced unprecedented economic growth in the decades that followed the war. But circumstances have changed, and Bretton Woods—the only truly successful global economic meeting of the twentieth century—cannot be reproduced. What would a positive response look like today?

Sometimes the Bretton Woods rallying call reflects a desire to restore discipline by imposing new rules (or reviving old ones) on trade and finance across national borders. Sometimes it is a call for new institutions to deal with new challenges such as climate change or the rise of pervasive digital technology. Sometimes it is just a way of summarizing the urgent need for restoring international cooperation in the wake of rising populist nationalism. In most cases, however, these pleas lack both a clear goal and a roadmap for getting there. As it happens, we can go a long way toward closing those gaps by studying how and why the original Bretton Woods conference succeeded in 1944.

When the American economist Harry Dexter White began in 1941 to plan what would become the Bretton Woods conference, the global situation was far more dire than it is today. War was raging in Europe and Asia; the depression of the 1930s had decimated economic production, employment, and trade; and currency instability was making it impractical to accept or hold any country’s currency other than one’s own. There was simply no model or template to draw on for thinking about how to design a system for restoring prosperity and peace.

A strikingly original thinker, White—the chief economist in the U.S. Treasury—began by setting out a clear vision of what had to be achieved and what steps would have to be taken to get there. Fundamentally, postwar prosperity would require a renewal of international trade. If major countries instead tried to pull inward, a return of the Great Depression would be all but inevitable. Trade would require cooperation, and cooperation would depend on the acceptance of rules and the development of institutions with the power to enforce them. The challenge that White faced was to get political leaders in the United States and across the broad alliance of countries to focus on the problem and agree on a strategy that could be completed after the war was won.

White had four main insights for this process. He had to fight to get each of them accepted, and those battles hold lessons for today.

First, the solution must be devised while the crisis (in that case, the war) is still present. If leaders wait for a more comfortable moment, the incentive to cooperate and accept compromises will be undermined. As evidence, consider that when negotiators decided to postpone consideration of an international trade organization during World War II so that they could focus on creating the World Bank and the International Monetary Fund, discussions broke down, and the World Trade Organization did not get established until fifty years later, in 1994. Nonetheless, senior officials in the U.S. State Department were initially adamant that none of White’s plan could or should be done until after the war. It took several months before they gave way and allowed planning to go forward. The multiple crises of 2022 might persist, or they might diminish. Waiting until the situation clears could be fatal.

Second, all potential participating countries must be engaged in discussions as early and as fully as possible. In 1942-43, British negotiators, led by John Maynard Keynes, argued long and hard for a bilateral deal between Britain and the United States, with other countries to be invited in only after the system was already designed. Many U.S. officials shared that view, but White understood instinctively that most countries would be loath to commit to a deal that had been cooked up by great powers without the opportunity to plead for their own national interests. Countries as diverse as Canada, China, France, India, Mexico, and the Soviet Union all contributed to the final design.

Today the dominant rivalry on economic governance is between the United States and China. Resolving that conflict cannot be achieved bilaterally, because national interests are too conflicting. If the U.S. government wants the existing rules-based world order to survive, it must seek the views and the support of a broad alliance. Taking a multilateral approach was a tough sell in the 1940s when the United States was by far the dominant economic and financial power. In the current multipolar environment, the need for cooperation is more obvious, but achieving it remains challenging.

Third, whatever form a new system might take, it must reflect the world’s practical realities. In 1944, a key fact was that the U.S. dollar had become the pre-eminent currency for global trade. The British knew that the days of dominance by the pound sterling were over, but they wanted to replace it with a new international currency and sideline the dollar. Even White’s boss, Treasury Secretary Henry Morgenthau, Jr., wanted to create such a stateless currency, apparently out of concern that a system based on the dollar would put too much pressure on the value of the U.S. currency. White understood that insisting on a hegemonic role for the dollar was likely to generate a political backlash. His solution was to retain a strong link between the dollar and gold for international settlements so that countries could choose whether to hitch their stars to the dollar or to gold. Domestic monetary policy could be safely delinked from gold, but he feared that foreign institutions and investors would be reluctant to hold dollars if they were no longer convertible into a universal asset. With that assurance, the postwar system was—and had to be—based essentially on the dollar.

The current global financial system is a curious mix of dollar hegemony and multipolar settlements. The IMF recognizes five currencies—dollars, Euros, pounds sterling, yen, and renminbi—as equally suited for its lending and other official transactions. The portion of international trade and finance conducted by or through the United States is a small fraction of what it was in the 1940s. Nonetheless, a majority of cross-border transactions are denominated in dollars, and a majority of official reserves are held in dollar securities. If the hope for a new Bretton Woods is that it will lead to a more stable and sustainable financial system, negotiators will have to find a way to resolve this disconnect.

Fourth, notwithstanding the need for consultation and compromise, the resulting system must be founded on strong principles. For the postwar system, White argued that the settlement of payments balances between national governments had to become open and multilateral. In the 1940s, if, say, Brazil accumulated pounds sterling by running a trade surplus against Britain, it could not readily convert those pounds into dollars to buy U.S. exports. That system benefited Britain, which oversaw a vast network of countries that used the pound as their currency or tied their own currencies tightly to it. The British resisted committing themselves fully to multilateralism, but White held his ground. In the end, White devised a compromise that gave participating countries several years to unwind their bilateral trade relationships. The Bretton Woods system did not become fully realized until the late 1950s, but in the meantime, it grew gradually in effectiveness and importance. Today, the existing rules-based system must adapt to serve the interests of China and other rapidly growing economic powers, but that need not lead to an abandonment of basic principles including the preservation of transparency, openness, and fairness in international financial relations.

It is too early to specify what a new world economic order might encompass, other than in general terms: a revival of cooperation, an acceptance of effective updated rules governing trade and finance, and new or modernized institutions to deal with the challenges of the twenty-first century. The lessons of Bretton Woods might not reveal the endpoint, but they do illuminate the pathway to it.

James Boughton is a former official historian of the IMF. His latest book is Harry White and the American Creed: How a Federal Bureaucrat Created the Modern Global Economy (and Failed to Get the Credit), Yale University Press, 2021