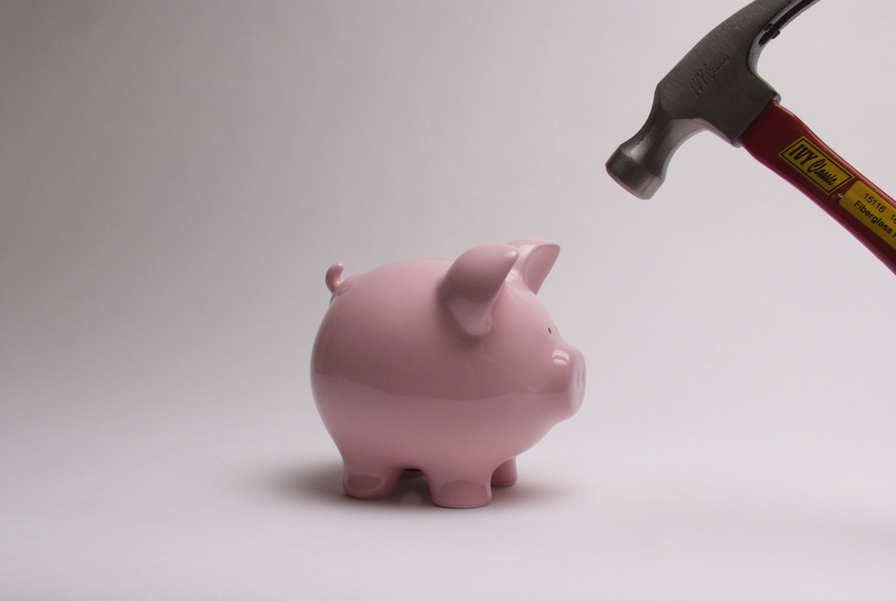 It is now accepted wisdom – indeed, it is embedded in the popular culture – that the non-transparent, undercapitalized, and wholly unregulated financial credit default swaps market lit the fuse that exploded the world economy in the fall of 2008.

Because tens of trillions of dollars in notional value referenced in these swaps were pegged to the economic performance of an overheated and highly inflated housing market, the sudden collapse of that market triggered huge unfunded payment obligations that were forms of insurance guaranteeing the full value of the collapsing residential mortgages. As Michael Lewis’s The Big Short illustrated, this insurance was provided in the trillions of dollars to investors who were, through swaps, being paid the full value of defaulted mortgages they did not own.

The swaps “insurers,” including big banks and their affiliates, AIG, and other major financial houses, were also counterparties to many other interconnected swaps in an almost six hundred trillion dollar notional value worldwide market. Defaults on any significant portion of these swaps would have undermined the whole swaps market and upended the world economy with cascading multi-trillion dollar shortfalls, by leaving insurmountable financial holes in the balance sheets of banks and other financial institutions, corporations and governments worldwide. Someone had to fill those holes and the unlucky someones were principally U.S. taxpayers through huge bank bailouts.

While a Second Great Depression was thereby averted, the world nevertheless experienced a devastating Great Recession, the most severe economic downturn since the Great Depression. In a direct answer to this economic calamity, the Dodd-Frank Wall Street Reform and Consumer Protection Act (“Dodd-Frank”) was enacted on July 21, 2010.

A principal purpose of that statute was to assure that U.S. taxpayers would never again be called upon to bail out the world’s very biggest banks. The most important reforms within Dodd-Frank provided U.S. financial regulators with the tools to prevent another economic meltdown from swaps markets. Swaps under U.S regulators’ jurisdiction were to be fully transparent to those regulators, collateralized and capitalized under Dodd-Frank, as well as traded under business conduct, anti-fraud and pro-competitive rules.

Key drafters of Dodd-Frank recognized that a great deal of 2008 economic stress in the U.S. was caused by the swaps trading of the U.S. foreign affiliates of large U.S. financial institutions.

They therefore included a provision that applied the statute to swaps executed outside the U.S. if those swaps could have “a direct and significant connection …the commerce of the United States;” or if those swaps, by their extraterritorial execution, “contravene such rules and regulation as the [CFTC] may prescribe or promulgate as are necessary or appropriate to the prevent the evasion of any provision of [Dodd-Frank].”

But as my new INET Working Paper details, in July 2013, the CFTC promulgated “guidance,” implementing Dodd-Frank’s extraterritorial provision. The key point of that guidance was that “guaranteed” foreign subsidiaries of U.S. bank holding company swaps dealers were to be subject to all of Dodd-Frank’s swaps regulations wherever those subsidiaries’ swaps were executed.

For more than two decades prior to that guidance, the standard industry-wide swaps documentation drafted by the International Swaps Derivatives Association (“ISDA”) provided that foreign subsidiaries of its member swap dealers would be “guaranteed” by the parent.

About a month after promulgation of the CFTC’s July 2013 extraterritorial guidance, ISDA, relying on part of an obscure footnote within that guidance’s 662 footnotes, provided standardized model swap contract language to its members allowing them to “deguarantee” their foreign subsidiaries by checking a “deguarantee” box in a written declaration, thereby proclaiming that those newly “deguaranteed” subsidiaries could easily arrange to trade swaps that were no longer subject to Dodd-Frank. Neither ISDA nor its members notified U.S. regulators about this change and it took many months for those regulators to understand what ISDA had done.

As a result of the new “deguarantee” process, a significant portion of the U.S. swaps market shifted from the large U.S. bank holding companies to their newly deguaranteed “foreign” affiliates. Once a swap was attributed to a newly “deguaranteed” foreign affiliate, those swaps could be arranged outside the reach of Dodd-Frank.

The CFTC later also discovered that these huge U.S. bank holding companies were “arranging, negotiating, and executing” (“ANE”) these purported “foreign” swaps in the U.S. through U.S bank personnel but then “assigning” those fully executed swaps to their newly “deguaranteed” foreign subsidiaries, asserting that these swaps could now fall outside Dodd-Frank even though fully executed in the U.S.

The CFTC, at first unknowingly, and then for almost three years seemingly unquestioningly, allowed the four largest U.S. bank holding company swaps dealers that control 90% of the U.S. swaps market to use the “deguarantee” and ANE tactics to evade Dodd-Frank at their will. Those four U.S. swaps dealers are Citibank, JPMorgan Chase, Goldman Sachs and Bank of America.

Each of these four big U.S. bank holding swaps dealers is headquartered in the U.S. and has its principal place of business there. They have been found to control over what is (or what should be) 90 per cent of the U.S. swaps market. They have all been labeled “systemically important” under Dodd-Frank by the U.S. Financial Stability Oversight Board, meaning that in another financial meltdown, they would likely need to be financially rescued again by U.S. taxpayers. While many U.S. taxpayers have yet to fully recover from the Great Recession, these four big U.S. bank holding companies and their CEOs have thrived.

In October 2016, the CFTC proposed a rule that, upon becoming final after completion of the required statutory rule-making procedures, would have ended completely the deguarantee and ANE loopholes. However, the October 2016 proposal’s rule making was not finalized by the inauguration of President Trump. All indications are that it will now never be finalized.

With all the attention being given to President Trump’s and House Speaker Ryan’s promises that Dodd-Frank will be “rolled back,” big Wall Street banks have been surprisingly quiet about “rolling back” the Dodd-Frank swaps regulatory provisions. Of course, with the benefit of the “deguarantee and ANE” loopholes, there is no practical need for the U.S. banks to repeal those portions of Dodd-Frank.

Moreover, there are recent important Congressional statements by even outspoken proponents of weakening Dodd-Frank, showing a strong political distaste for Congressionally enacted financial deregulation that loosens regulatory requirements for the very biggest U.S. bank holding companies; and any legislation advanced to repeal Dodd-Frank swaps regulation might also be the target of a bipartisan legislative effort to reinstate a “modern day” Glass-Steagall in a format which would cause banks with federally-insured deposits to stop or substantially cut speculative swaps trading.

The deguarantee and ANE loopholes will almost certainly not be closed by the Trump Administration. Nor will relief be afforded by a Republican Congress. However, state attorneys general and state financial regulators have the statutory right to bring “parens patriae” actions in federal district courts to enforce Dodd-Frank on behalf of a state’s citizens. State attorneys general, for example, have aggressively litigated in federal district courts to enjoin other U.S. banks’ financial irregularities. Action from them may be the only practical remedy for the massive vulnerability these swaps loopholes have created. 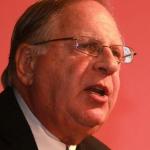