The financial crisis of 2008 was unforeseen to a significant extent. One reason is that the dominant academic theories influencing political decision makers ignore recent advances and instead rely largely on models and decision science dating back to the Second World War.

In a new paper in Critical Review focusing on uncertainty and decision science, we report the conclusions from a group of European scientists with wide-ranging backgrounds in computer science, anthropology, sociology, psychology, physics, investment, foresight and policy-making, as well as economics, who asked two questions:


First, the problem of developing a useful approach to decision making under uncertainty is not limited to economics. The challenge is equally great within other influential decision sciences, including psychology. Not only does both economic and psychological research into decision-making largely ignore uncertainty and complexity, but they also take no account of learned and evolved human capabilities for managing them rather successfully. Our paper elaborates this critique, exemplifies some work trying to correct the balance, and sets out a manifesto for future research priorities.

Herbert Simon suggested mainstream theorists have postponed engagement with reality, while George Soros suggested these theories are based on an “outside” and not an “inside” view. Elaborating in this paper, we describe the theories as idealistic and idealised, or in other words, phantastic. How agents behave has too long been modelled not from within the real contexts in which they find themselves, but instead imposed from an external position founded on over-simplistic and idealized norms. Such agents are effectively omniscient. They are given no scope either to suffer the problem of how to interpret available information when evidence is conflicting or to have doubts as to which model of the way the world works best applies. The agents themselves have also been conceived in a very limited way, ignoring many aspects of evolved human capacities. In effect, agents have been treated as very limited, inorganic, calculating machines. This is precisely why the conclusions derived from these theories are brittle and break down in contexts of deep uncertainty.

Finally, we argue that future research needs to be interdisciplinary. It must involve collaboration across the social and brain sciences as well as with engineers and computer scientists. As such, we highlight a few ongoing research projects that we think exemplify the promise from such efforts. The first example, describing the application of the fast-and-frugal tree method to medical decision-making and central bank regulation, shows the advantage of considering the context in which decisions are made. The second example describes the application of conviction narrative theory to efforts to forecast and nowcast the US economy. It illustrates what might be accomplished by operationalizing a theory designed for a context of ontological uncertainty populated by more broadly conceived human social actors. The third example, analyzing “digital traces” to explore the relationship between individuals within larger social units, shows the potential benefit of re-examining traditional quantitative/qualitative research boundaries, while the fourth example puts quantitative efforts to anticipate the uncertain future alongside those used in scenario development.

Critical Review, A Journal of Politics and Society 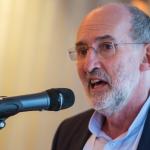