Financialization and its Discontents 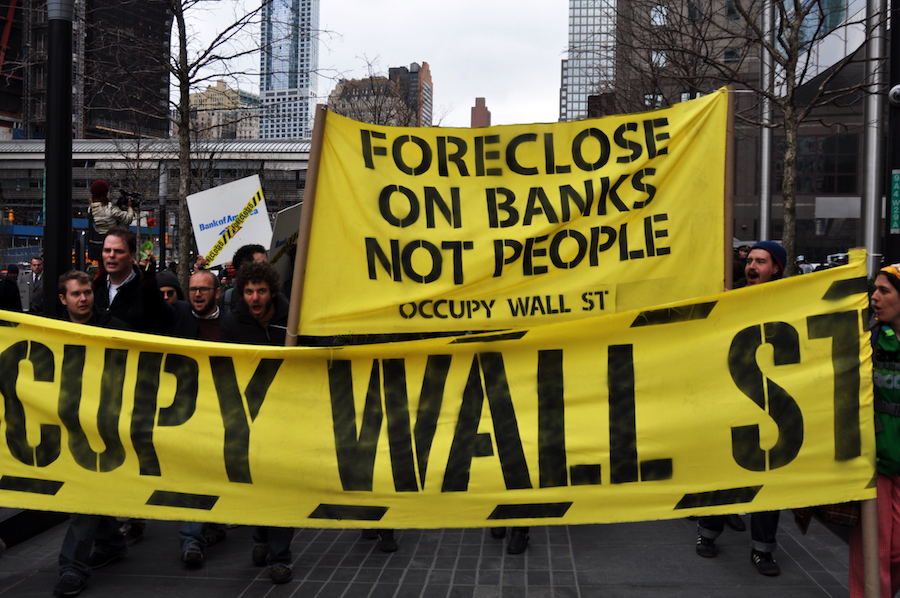 Focusing on what money really is – whether gold or state fiat – shifts attention away from what credit really is, which is to say away from the center of discontent.

Financialization is not new, nor is discontent with it.

“Capitalism is essentially a financial system, and the peculiar behavioral attributes of a capitalist economy center around the impact of finance upon system behavior.” Minsky (1967)

Fifty years ago, Minsky zeroed in on instability as the central flaw of the financial system of his time, and located the source of that instability in excessive business borrowing and bank lending. But his was an economist’s discontent. Non-economists go farther, in at least three dimensions.

Polanyi (1944) famously zeroed in on the way that the logic of markets gets extended to “fictitious commodities” – land, labor, and money – and the way that society reacts defensively to that illegitimate extension. Today, arguably, it is the logic of finance that has been so extended, turning everything it touches into an asset with a speculative price.

Brandeis (1914) objected differently to the way that accumulations of financial wealth – “other people’s money” – tend to undermine democratic political forms (among other problems). Today, arguably, it is the institutionalized character of those accumulations (TBTF) that threatens political forms.

Bryan (1896) famously drew attention to the “cross of gold”, the deflationary effect of the international gold standard on domestic farm prices in the emerging market economy of the United States. Today, arguably, the analogous issue is the hegemony of the US dollar imposing discipline on emerging market economies, most importantly the BRICS–Brazil, Russia, India, China, South Africa.

All three of these non-economist discontents are concerned with the boundary between the market system and something else–non-market goods, the political system, national developmental priorities–boundaries on which they see the market system encroaching. To the extent that capitalism is essentially a financial system, they fear extension of its logic and wish to keep it safely confined. All three see markets and finance as something separate from society, at least in principle. The money view, by contrast, sees markets and finance as essential infrastructure for modern society.

Economists, for their part, focus on problems with how the logic of money and finance actually operates, even supposing that logic could be confined within a separate sphere of the “economic”. Probably no one thinks the present system is working well. But reaction to evident dysfunction has produced a vast array of proposed fixes, ranging from 100% money to bitcoin, from helicopter money to debt jubilee.

From a money view perspective, it is notable that almost all of the proposed fixes begin analytically from a conception of what money “really is” (or should be), and conceive of credit as a kind of superstructure built on top. Almost no one starts with credit as the elemental relationship, and hardly anyone recognizes the interlocking web of commitments that constitutes the fabric of the modern economy.

From a money view perspective, the origin of discontent seems to lie in the fact that each of us, in our interface with the essentially financial system that is modern capitalism, operates essentially as a bank, meaning a cash inflow, cash outflow entity. We like the elasticity of credit, that allows us to spend today and put off payment to the future. But we don’t like the discipline of money, which is to say ultimate payment.

And most of all, we don’t like the asymmetry of both credit and money. Creditors may or may not accept our debt, and even when they do they may or may not accept ultimate payment in the coin we prefer. The system is inherently hierarchical, hence our discontent, a discontent that is only made worse when creditors are people (or institutions) unlike “us”, and especially so when they insist on repayment in a currency not our own.

There is thus good reason for discontent, but there are also lots of bad reasons based on fundamental misunderstanding of the nature of the system. Focusing on what money really is – whether gold or state fiat – shifts attention away from what credit really is, which is to say away from the center of discontent. As debtors, we owe society; as creditors, society owes us. Whether we want to or not, we are each of us banks, managing our daily cash inflow and cash outflow relative to the larger system which is society.

Brandeis, Louis. 1914. Other People’s Money, and how the bankers use it.

Minsky, Hyman. 1967. “Financial Intermediation in the Money and Capital Markets.”