Economics and politics go hand in hand, we all know that.

Just look at the recent fight over the debt ceiling in the U.S. At the same time, we teach our students economics as if it is a set of ideas that exists and may be rejected and improved without recourse to political ideas. Even Paul Krugman’s block buster textbook International Economics is completely devoid of any political references. Why is that?

The easy, right-wing answer may be some version of the story that left-wing economics is constructed as a-political to enhance its authority in the political arena. Such a story contains a grain of truth but is also both too simple and too narrow.

In nineteenth century Europe economics by and large was an element of the political philosophy of a progressive, liberal elite. Neither nobility, peasants, or laborers were economists. Land owners feared only to lose from lower import tariffs of grain, and thus opposed the ideas of economist David Ricardo. The historical school was socialist in political orientation, and therefore rejected economics.

The much debated struggle to found economics on a more natural scientific basis in the late nineteenth and early twentieth centuries, should be viewed in this context as an attempt to de-politicize economics. Whatever Walras, Menger, Jevons, Marshal and so on achieved, it was first of all a de-politicizing of economics.

The Great Depression changed all that. The economy was uncovered as the underlying mechanism that determines everything else, and economics was unmasked as a specific political philosophy. Who is the best-known economist of this period? John Maynard Keynes, a public servant with a background in mathematics and philosophy who became an economist when the politics of his time required him to become one. In Keynes, politics and economics are one and the same thing.

In the post-war period, econometrics, the formalist revolution, and the neoclassical synthesis were discipline-wide attempts to re-establish the de-political nature and scientific status of economics. In the U.S. the Cold War and McCarhysim enforced this effort. As a result, economics became a self-sustaining game of applied mathematics, supported by governments that needed the liberal ideology for which it still stood.

This self-sustaining game continued uninterrupted in the 1990s and 2000s. The Cold War was over and McCarthy long dead, but positions at universities were comfortable, the food and social programs at conferences really not bad, and the game good fun.

The financial and economic crises of 2008 and beyond have again politicized economics, just as their predecessor did in the 1930s. Look at Krugman and Ferguson fighting each other on government debt, or at the arguments of Chinese and American rating agencies, or at Northern European and Southern European economists discussing the eurozone’s problems: once again economics is deeply political.

The question is, will we change our curricula to teach students the political aspects of economics, or will we, as before, again turn our back to society and continue to teach economics as standing alone and independent atop the social sciences?

I’d like to be optimistic, but fear the worst. This time around, the experimental method and all the cool images from neuroscience are just too tempting and too much fun to resist going back to the ivory tower. And did you know the experimental guys have great social programs? 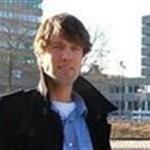