Development and Underdevelopment in Postwar Europe

The question of underdevelopment and development policies in postwar Europe will be the theme of a workshop organized by Michele Alacevich, Sandrine Kott, and Mark Mazower, at Columbia University, the Heyman Center for the Humanities, Friday, October 10, 2014. The program is available here. Below are some of Alacevich’s insights on the issue leading up the event:

In the aftermath of World War II the question of development appeared powerfully on the international stage. Development was considered a comprehensive concept, economic growth being central to it, but not sufficient unless accompanied by social change, legal, administrative and infrastructural modernization, and the rise of living standards. In the postwar period, the idea of development became an organizing principle for broad and interrelated questions like postwar reconstruction, the fall of empires, and the Cold War.

To be sure, the novelty of the issue resided more in its context than in its substance: historical scholarship has been particularly active in documenting the emergence of the developmentalist – or “high modernist” – state in the first half of the 20 th century, the evolution of a development discourse within the borders of empires, and the century-long discussions about questions of nutrition and health standards. Yet, the postwar international landscape was evolving quickly and development thinking along with it.

What characterized the postwar development discourse from its previous incarnations was the concomitant spread of the idea of development as a national, and nationalistic, goal, and the establishment of foreign aid as a central element of the new system of international relations. Foreign aid became a fundamental element of Cold War strategy, and is perhaps the main reason why development became a global challenge. In addition to the arms race and space race, the development race was another key stage for the shaping of the global politics of power.

“The fate of the underdeveloped countries [has become] a matter of foreign policy concern in the developed countries…It should be remembered that the economic and social conditions of the South Asian countries today are not very different from those existing before the disintegration of the colonial power system…On the whole, the masses in South Asia in pre-war times were as poor and their lives as miserable as they are now. Their poverty and misery did not, however, induce economists to take any great interest in their situation…Practical intervention along such lines was then not within the realm of political feasibility. Still less was there a feeling of urgency about such action.”

With typical partisanship, Walt W. Rostow, an economic historian at MIT and National Security Advisor in the Johnson administration, also underscored the indissoluble link between Cold War strategy and the development mission in The Stages of Economic Growth: A Non-Communist Manifesto:

“We must demonstrate that the underdeveloped nations – now the main focus of Communist hopes – can move successfully…into a well-established take-off within the orbit of the democratic world, resisting the blandishments and temptations of Communism. This is, I believe, the most important single item on the Western agenda”.

Historians of development have accordingly given particular emphasis to the nexus between development history and the Cold War scenario. But whereas scholars, past and recent, made a point in connecting the development question with the dynamics of global international relations, a further assumption seemed too obvious to deserve mention, namely, that development was a Third World question. To the extent that the First and Second World were involved, it was in their function as political and economic patrons, supporters and at the same time ultimate models of achieved economic, social and political maturity.

This formulation is widely accepted, and a confirmation can be found in how the development discourse is de facto removed from historical analyses focusing on “developed” or “Western” areas. When considering how Europe recovered from World War II, for example, the Marshall Plan and the recovery of war-torn productive activities monopolized the attention of historians. The focus has overwhelmingly been on early postwar reconstruction, and, more recently, relief. As far as one remained focused on Europe, development was simply not an issue.

The early history of the World Bank is particularly interesting in this regard. This international organization was established at the 1944 Bretton Woods conference with the goal of helping war-torn European countries reconstruct their productive apparatus after the war. It is important to note here its official name: International Bank for Reconstruction and Development. Although scholars and even participants in the Bretton Woods conference disagree on the relative priority originally assigned to the two purposes of the Bank, – reconstruction and development – all agree that reconstruction referred to Europe and development referred to the non-European, underdeveloped world. John Maynard Keynes, the major architect of the World Bank, was only repeating common wisdom when, in private conversations at the British embassy in Washington, he reportedly stated that the Bank’s focus on the development of non-European countries should “wait until the reconstruction of Europe is much further advanced”.

Historians are still adhering to Keynes’s interpretation when they affirm that, overshadowed by the grander Marshall Plan, the Bank abandoned European reconstruction and shifted its focus to the new mission of fostering development in the Third World. In this narrative, development is, once again, quintessentially a non-European issue. Yet, to depict the postwar history of development as a non-European story is incorrect and misleading.

In fact, the problem of underdevelopment, in its specific postwar configuration, was also a European problem. Indeed, Europe became an incubator of development thinking during and after World War II, and it was in Europe and with European problems in mind that many of the constitutive elements of the postwar global development vision and doctrine were initially discussed. The crisis of European liberal democracies in the first half of the 20 th century was compounded by the presence in Europe of a number of backward and fragile areas, which opened the door to the continental expansionism of totalitarian regimes. For Europe to emerge from the tragedy of two World Wars stronger and at peace, the problem of underdeveloped areas in the European continent itself had to be solved. 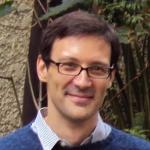