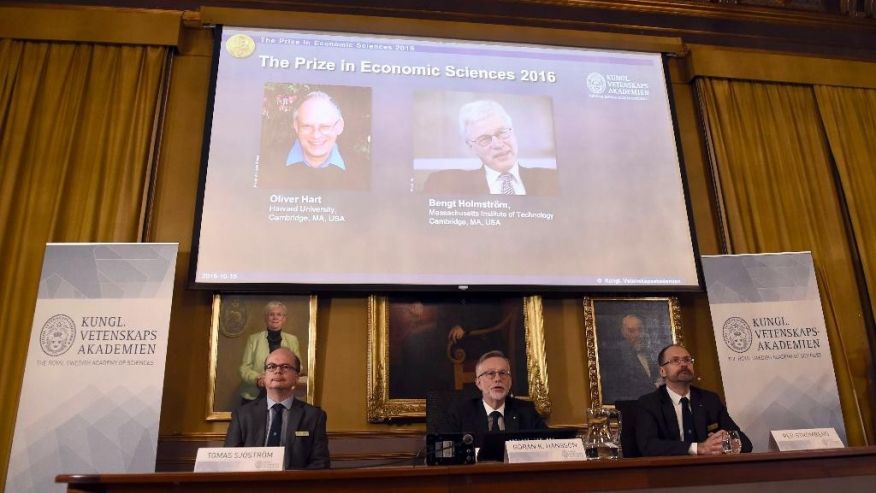 Economists honored for their work on contract theory, which has important implications for issues such as executive compensation that have been a focus of Institute research

The Institute for New Economic Thinking extends its congratulations to Oliver Hart and Bengt Holmström on being awarded the 2016 Nobel Prize in Economic Sciences for their contribution to contract theory.

“Modern economies are held together by innumerable contracts,” wrote the Nobel Committee in the citation for Hart and Holmström. “The new theoretical tools created by Hart and Holmström are valuable to the understanding of real-life contracts and institutions, as well as potential pitfalls in contract design.”

Read Avner Offer's critique of the Nobel Prize in Economics

“Society’s many contractual relationships include those between shareholders and top executive management, an insurance company and car owners, or a public authority and its suppliers,” the citation continued. “As such relationships typically entail conflicts of interest, contracts must be properly designed to ensure that the parties take mutually beneficial decisions. This year’s laureates have developed contract theory, a comprehensive framework for analysing many diverse issues in contractual design, like performance-based pay for top executives, deductibles and co-pays in insurance, and the privatisation of public-sector activities.”

Hart and Holmström’s work on contracts has significant implications for the design of executive compensation packages, which is an important area of ongoing research for Institute scholar William Lazonick and others.