Charles Babbage and the History of Innovative Thinking

The forthcoming Institute for New Economic Thinking conference will focus on innovation and its impact on economics and society. When we think about innovation we tend to imagine the future. But as with so many subjects in economics, it’s also useful to examine the past.

But Schumpeter was not the first to underscore the importance of innovation. About 100 years before him, the 19th century English mechanical engineer Charles Babbage provided key insights that eventually helped shape Schumpeter’s way of thinking.

An outstanding mathematician, the multifaceted Babbage also was an inventor. He is best known for his pioneering contributions to the conception of the computer. Babbage designed the very first models of mechanical computer along with card programming and memory storage.

Babbage’s versatility extended to political economy. Babbage’s economic ideas are contained in the influential On the Economy of Machinery and Manufactures, which was first published in 1832, and was a byproduct of his visits to workshops and industrial facilities in England and in continental Europe. It is one of the first scientific studies of manufacturing to be cited by none other than John Stuart Mill, Karl Marx and Alfred Marshall.

In the public discourse, innovation is conventionally seen as synonymous with products, commodities that consumers can enjoy in their daily life. However, economists know that innovation is not circumscribed simply to products. Process innovation also plays a significant role in economic growth.

Babbage was well aware of these two dimensions. Indeed, Babbage’s message resonates with modern-day challenges for producers and policymakers. In particular, his input touched upon two subjects: the difference between invention and innovation, and the relationship between innovation and division of labor.

Invention and innovation are used interchangeably in the common language. In fact, the two terms hold different, albeit interrelated, meanings. The former designates the creation of a new product or process. The latter refers to the economic and commercial dissemination of an invention, meaning it involves the adoption of an invention by a large number of consumers.

As an inventor and innovator, Babbage grasped the distinction quite well. It was something that transpired in his discussion of the difference between a maker and a manufacturer.

Through this perspective, Babbage correctly saw that economies of scale allowed for producing in large volume.

Babbage analyzed the relationship between innovation and the technical division of labor, which entails specialization in the capitalist system. He noticed that a worker who performed high-skill tasks received a wage commensurate to his skill level, even though he regularly had to perform work of lower skill levels. If the labor process was divided among several workers, labor costs could be reduced by assigning only high-skill tasks to high-cost workers, and by limiting low-skill tasks to lower-paid workers. This was later coined as “The Babbage Principle.”

In Babbage’s own words the principle works, “by dividing the work to be executed into different processes, each requiring different degrees of skill, or of force, the master manufacturer can purchase exactly that precise quantity of both which is necessary for each process. Whereas if the whole work were executed by one workman, that person must possess sufficient skill to perform the most difficult, and sufficient strength to execute the most laborious, of those operations into which the art is divided.”

It should be noted that Babbage’s framework was standard. Like most classical economic theories, it involved competition between producers, and long-run prices determined by the cost of production. But the essence of his message was truly groundbreaking.

What lessons can be drawn from this principle?

One can underline the negative effect on unemployment, as labor is affected not in quantity but in quality. A more generous interpretation would be that low-skill employment increases, and that skilled workers are relatively better rewarded for their work. In improving skills, workers increase their opportunities to receive a better remuneration. The role of education and training is vital for this purpose.

Thus, the economic implications of Babbage’s ideas transcend the division of labor. Process innovation not only affects production but also distribution of income between social classes. Overall, process innovation creates an incentive to increase skills and income, and thereby spurs economic growth and development.

Charles Babbage developed a comprehensive vision of encouraging innovation. He stressed the importance of science in technical progress, and even went as far as advocating for the public funding of scientific research. His message looms large in today’s public debate, which is dominated by uncertainty, unemployment, and globalization. Innovation starts with inventors and entrepreneurs, but its macroeconomic effects must be consolidated at the national level with a sound and active industrial policy. This requires a long-term vision, knowledge, and financial resources, all of which can be mobilized through the concepts of public-private partnerships Babbage first envisioned nearly two centuries ago. 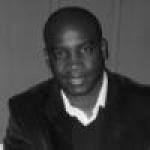