Beyond Price Caps: A Regulatory Framework for Pricing of Medicine Innovation

By Rosie Collington and William Lazonick 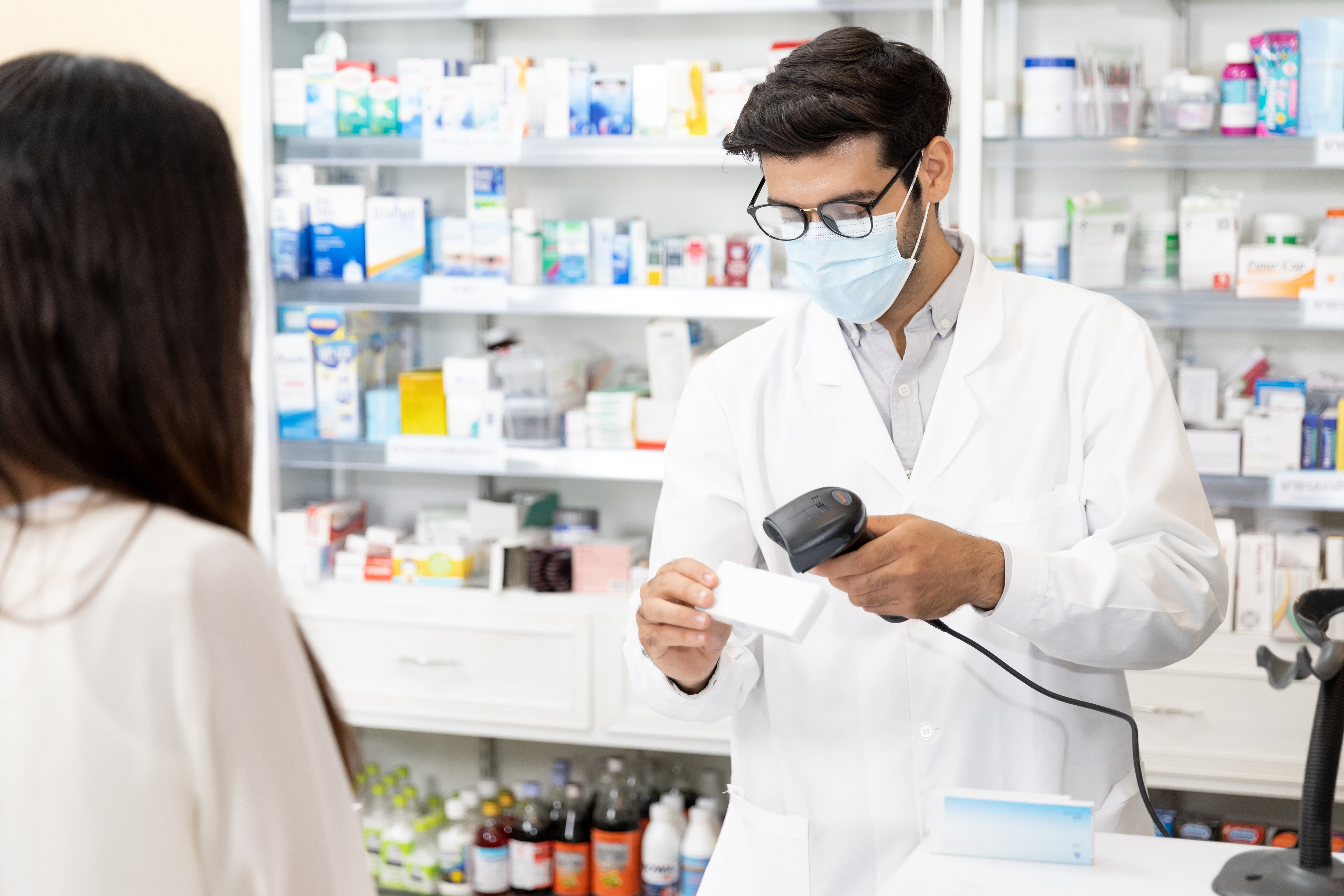 The United States is unique in its failure to regulate pharmaceutical drug prices. The nation’s households pay on average over two and a half times as much for prescription medicines as their counterparts in other OECD countries. In 2018, pharmaceutical spending totaled $1,229 per capita in the United States, compared to, for example, $884 in Germany and $865 in Canada. Congressional complaints that U.S. drug companies engage in price gouging go back to the 1980s, but Americans are still waiting for significant legislative remedies.

The unregulated monopoly over the determination of prices that U.S. society currently grants the pharmaceutical industry has devastating consequences for many U.S. households, particularly those that are uninsured. Despite an overall reduction in the number of uninsured Americans following the introduction in 2010 of the Affordable Care Act, in 2019 26.1 million people—eight percent of the population—were not covered by an insurance plan at any point during the year.

The Biden administration has pledged to make drug prices more affordable as part of its signature Build Back Better agenda. Biden’s plan includes three key policy reforms: i) permitting Medicare to negotiate with manufacturers prices of a list of specific drugs; ii) penalizing companies that raise prices faster than inflation for Medicare Parts B and D; and iii) introducing price caps on patients’ out-of-pocket costs. Even if these reforms are enacted, they will have been watered down to win the votes of some Congressional centrists. Gone, for example, will be the original proposal to empower the government to negotiate the list prices of the 250 single-source brand-name drugs on which Americans spend the most. These drugs include insulin analogs, which saw price increases of 252 percent between 2008 and 2017 across the three manufacturers that dominate the U.S. market.

Those challenging the proposed reforms have argued that federal intervention to reduce drug prices would adversely affect investment in drug innovation because companies would have less profits to fund drug development. That high profits are needed to finance drug investment is a well-known pharmaceutical industry claim—and it is no coincidence that a number of the Congressional Democrats who have resisted drug-price reform have been among the largest recipients of campaign donations from the pharmaceutical industry.

We define drug innovation as the generation of a medicine that is both higher quality (safer and more effective) and lower cost (more accessible and affordable) than those previously available for a specific medical condition. As we show in our new Institute for New Economic Thinking working paper, “Pricing for Medicine Innovation,” the argument that drug companies need profits on existing products to finance the next round of innovative medicines may have merit in an economic system that relies on business corporations to develop, manufacture, and deliver drugs. But that is precisely why the public requires regulation of drug prices: Business corporations should not unilaterally decide how high drug prices should be to generate the amount of profits that innovation purportedly requires.

Drug-price regulation is needed both to set the amount of profits that are potentially available for corporate reinvestment in innovation and to ensure that a pharmaceutical company actually allocates those profits to the development, manufacture, and delivery of innovative medicines. Given the investments by government agencies and scientific communities in drug development that precede and make possible value added by an innovative pharmaceutical company, it makes no sense to leave the setting of the product price solely to the business firms that market, insure, and sell the drug. Working on behalf of American households, a government agency, which we would call the Pricing for Medical Innovation (PMI) regulator, must be directly involved in the negotiations that set the drug price.

Research has shown that the status quo absence of pricing regulation in the United States is not associated with higher investments in research and development but rather with value-extractive financial practices that undermine innovation. As egregious examples of the predatory value extraction that occurs throughout the U.S. corporate economy, major U.S. pharmaceutical companies have been allocating their profits to cash dividends and stock buybacks at the expense of drug innovation. These same companies price gouge patients for the sake of higher profits that can be used to pump up stock yields. The stock-based compensation of U.S. corporate executives incentivizes this anti-innovation behavior, as does pressure for strategic control over corporate resource allocation applied by hedge-fund activists.

Especially in the current unregulated environment populated by financialized drug companies, the Biden administration needs to be guided by a “theory of innovative enterprise” as it seeks to balance patient access to affordable drugs with its stated objective of “mak[ing] sure that market incentives foster scientific innovation to promote better health care and improve health.” Rooted in the theory of innovative enterprise developed by Lazonick and colleagues, our INET working paper outlines how informed drug-price regulation can support the funding of innovative medicines by business corporations while enabling equitable financial returns to those parties, including taxpaying households, public servants, and company employees, who have invested money and effort in the innovation process.

The theory of innovative enterprise as a regulatory framework

The theory of innovative enterprise focuses on the existence and interaction of three social conditions—strategic control, organizational integration, and financial commitment—that enable a business firm to manage the uncertain, collective, and cumulative character of the innovation process. Strategic control requires resource-allocation decisions by corporate executives with the abilities and incentives to invest in uncertain innovation processes. Organizational integration enables people with different hierarchical responsibilities and functional capabilities to engage in the collective learning that is the essence of innovation. Financial commitment sustains the innovation process until its cumulative result is a higher-quality, lower-cost product that enables financial returns.

The development, manufacture, and delivery of a safe, effective, accessible, and affordable medicine is an innovation process. As in all cases of industrial innovation, its essence in pharmaceuticals is the organizational learning that is required to create a higher-quality (safer and more effective) product than had previously been available. The availability of a higher-quality product enables the innovative pharmaceutical company to access a larger extent of the market and, depending on the size of accessible demand for the drug, achieve economies of scale in the costs of development, manufacture, and delivery. It is the existence of a higher-quality product that can reap scale economies to achieve a lower unit cost that permits a drug with a regulated price to generate “adequate” corporate profits while delivering the drug at an “affordable” cost to patients.

Argument 1. High drug prices are needed so that a pharmaceutical company has sufficient profits to fund future drug development.

Argument 3. New drugs save patients’ lives and therefore provide value for money, even if they are expensive.

Argument 4. Other actors in the supply chain, and not the manufacturers, capture the higher profits from higher drug prices.

Some proponents of lower drug prices have demanded that the Biden administration exercise “march-in rights” contained in the Bayh-Dole Act of 1980, which encourages the licensing of federally funded research to commercial enterprises. It has been suggested that even by threatening to revoke exclusive licenses, the federal government could get pharma companies to think twice about drug-price increases. But this course of action fails to confront the U.S. pharmaceutical industry’s arguments against price regulation. The federal government would be trying to use march-in rights as a form of competition policy to influence the price of a drug without an analytical framework for assessing whether its actions would actually make the drug in question more accessible and affordable.

The theory of innovative enterprise would enable the PMI regulator to mobilize the facts and challenge the assumptions that underpin the industry’s four arguments against price regulation. Our approach confronts the ideological dominance of the “free market” theories that the pharmaceutical industry often invokes in opposition to price regulation. Quite apart from overcoming the enormous political influence of pharmaceutical money, a drug-pricing regulatory agency would have to train personnel in the PMI approach and gain access to company data on which the regulator’s drug-pricing assessment could be based. It is an understatement to say that the creation of a PMI regulatory agency would be challenging, given the political and economic power that the U.S. pharmaceutical industry currently wields. If, however, “Build Back Better” really seeks to chart a course toward a more equitable, inclusive, and sustainable America, PMI offers a path forward for that part of the agenda which seeks medicines that are safer, more effective, more accessible, and more affordable. 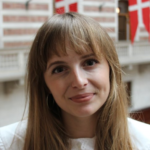