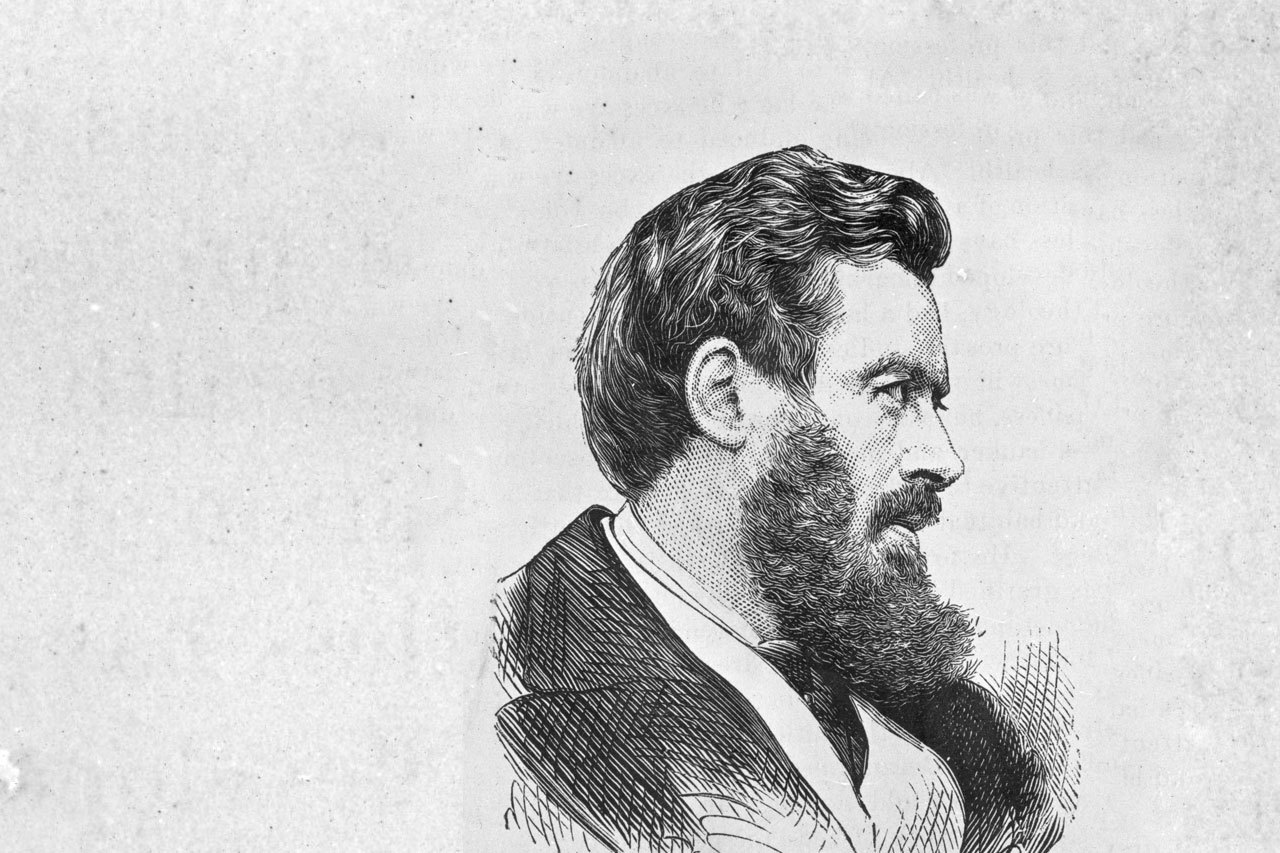 Is Victorian writer Walter Bagehot, whose adage “lending freely against good collateral at a penalty rate” has been gospel for central bankers, still relevant in a post-Great Financial Crisis world?

Walter Bagehot published his famous book, Lombard Street (1873) almost 150 years ago. The adage “lending freely against good collateral at a penalty rate” is associated with his name and his book has always been set on a pedestal and is still considered the leading reference on the role of lender of last resort. The academic literature goes as far as to consider that Bagehot preached a kind of “Copernican” revolution, that Bagehotian “wisdom” achieved a mature reflection on nineteenth-century central banking theory. In the aftermath of the global financial crisis of 2007-09, central bank officials often argued in their lectures that Bagehot’s dictum was well-founded and continued to provide a useful framework for mitigating the effects of financial crises. These views are revisited in my INET Working Paper.

In this respect, the title of Charles Goodhart’s article, “Game Theory for Central Bankers” (Journal of Economic Literature, 1994), is inspiring. In the late twentieth century in the United States and Europe, rational expectation theory and game theory determined the analysis and practice of central banking. Similarly, in early nineteenth-century Britain, quantity theory and the currency principle contributed to the growing opinion in the Club of Political Economy in London and finally to the adoption of the 1844 Act presented by Prime Minister Robert Peel. Thus, Bagehot’s recommendations were enunciated under the particular banking architecture enacted by the British parliament in 1844 – the Peel system – which was featured by the separation of the Bank of England into two departments, the issue and discount departments, and by the active discount rate policy.

Without a clear understanding of the theoretical grounds and the institutional features of the British banking system throughout Victorian times, any interpretation of Bagehot’s writings remains vague if not misleading – which is worrisome if they are supposed to provide a guideline for policymakers. Furthermore, beyond the historical context of Bagehot’s Lombard Street, the difficulties also lie in understanding its implicit theoretical underpinnings. Bagehot repeatedly stated that he did not delve into monetary and banking theory but rested his arguments on experience and narrating history. Surprisingly he went as far as to contend that the theoretical discussion would have ended with the adoption of the 1844 Act – even though the 1848 and 1857 parliamentary inquiries and the controversy between Thomas Tooke and Robert Torrens clearly show that it was not the case.

While the currency doctrine governing the 1844 Act gave no scope for the lender of last resort, the Chancellor of the Exchequer authorized the Bank of England to suspend the statutory rule of issue in 1847, 1857, and 1866. After the 1866 crisis, Bagehot’s intention was finally to reconcile the Peel system with the action of the Bank as lender of last resort. As is well known, the former Bank director Thomson Hankey excoriated an article written by Bagehot in The Economist (1866). Mentioning the question of moral hazard, Hankey (The Principles of Banking, 1867) deemed that Bagehot’s rule was the “most mischievous doctrine ever broached” in Britain. But behind all the bluster, the differences between the two were not that great: Bagehot repeated that his aim was to maintain the Peel system even if it involved tweaking it here and there, while Hankey just wished to keep it intact.

Unfortunately, the sound and the fury of the Bagehot-Hankey quarrel has long distracted attention from more serious and intense theoretical debates about money and banking in Britain from the 1840 to the 1857 parliamentary inquiries, in which Thomas Tooke played a crucial role. From the 1840 to the 1857 volumes of his History of Prices, Tooke together with John Stuart Mill and John Fullarton built a unified theoretical framework of money and banking. Extending the lender-of-last-resort analysis initiated by Thornton (Paper Credit in Britain, 1802), Tooke’s contributions to political economy carried classical central banking theory forward and plainly advocated the need for a lender of last resort. While the literature on the classical theory of lender of last resort focuses on Bagehot’s analysis and includes Hankey’s response, the perspective needs to be widened to take in British monetary debates more generally.

Just as the difference between Tooke and Bagehot in terms of theory is not commonly acknowledged, correlatively the action of the Bank of England during the 1825 crisis is also disregarded. The literature on financial history often refers to the 1866 crisis as a turning point in the history of central banking in Britain. Such an interpretation supports Bagehot’s assertion that the Bank acted in the best way during the 1866 panic, while Tooke had emphasized the significance of the Bank’s intervention during the 1825 panic. Even Bagehot himself acknowledged that the “success of the Bank” in resolving the 1825 panic was owing to its complete adoption of “right principles.” Not without contradiction, Bagehot added that the management of the 1825 crisis revealed the “worst misconduct of the Bank.” In fact, Bagehot did not lose sight of his main purpose, which was to show that the lender-of-last-resort’s role was compatible with the Peel system and, in this respect, that the Bank’s conduct during the 1866 crisis had been exemplary.

“Lending freely against good collateral at a high rate” was not a doctrine that Walter Bagehot could have discovered in 1873 after decades of obscurantism. The directors of the Bank of England witnessed at the 1832 parliamentary inquiry how the Old Lady applied the policy of “lending liberally against acceptable collateral” during the 1825 crisis. The practice of lending at a high rate appeared under the Peel system from the 1847 crisis onwards. So, what appears as particular to Bagehot’s Lombard Street is the justification of the rule of a “very high” rate. Bagehot did not suggest a “penalty” rate (a term he did not use) so as to counter moral hazard, but a “very high” rate in order to force banks to exhaust market sources of liquidity before presenting at the Bank’s discount window. Like Henry Thornton and John Fullarton, Thomas Tooke was aware of the moral hazard problem and recommended banking supervision. Moreover, he suggested that the Bank rate should be set above the market rate in normal times – and not at a very high level in crisis times – so as to lean against the wind.

Actually, Bagehot’s dictum tended to accentuate the financial cycle (pro-cyclicality), while Tooke’s rule of Bank rate above/below the market rate in normal/crisis times contributed to smoothing the financial cycle (contra-cyclicality). For Bagehot, the Bank rate should be very high (that is, higher than the market rate) in order to incite banks to find liquidity first in the money market before asking for central bank liquidity, while Tooke advocated the “moderate rate” rule (that is, lower than the market rate) in order to mitigate the collapse of asset prices within financial markets, and to avoid a coordination problem within the market of funding liquidity. Furthermore, for Bagehot, the Bank should raise its rate at the beginning of the crisis in order to protect its metallic reserve, while Tooke advocated that the Bank should raise its rate only as a last resort inasmuch as the policy of fixed and above-the-market rate in normal times contributed to the building of large metallic reserves beforehand.

All in all, the Bank policy under the Peel system and Bagehot’s rule was not the only option under the classical specie regime. The Bank of England implemented the fixed rate policy under the Old system as witnessed by the Bank director Horsley Palmer at the 1832 and 1848 parliamentary inquiries. At the same time, Thomas Tooke developed the classical central banking theory two decades before the publication of Lombard Street. Then, new generations of Bank directors and writers, including Thomson Hankey and Walter Bagehot, took the Bank policy under the Peel system for granted. Hankey wanted to maintain the letter and the spirit of the 1844 Act intact, while Bagehot wanted to resort to palliatives.

There is a consensus in the literature to define financial instability as the increased volatility in equity and real-estate prices and to formulate the principle of leaning against the wind as the central bank policy aimed at reducing the amplitude of the financial cycle, to contain excessive credit growth and to limit the systemic risk of financial distress. Once such a consensus is considered, there are good grounds for thinking that the classical theory of central banking proposed by Thomas Tooke analyzed how to lean against the wind under the gold specie standard. He pointed to the necessity of coordinating monetary policy (that is, convertibility into gold specie) and financial stability policy (that is, the intervention of the lender of last resort) through the instrument of the Bank rate. This was what he called the system of union of central banking – a system far different from the separation of the issue and banking departments that featured Lombard Street. 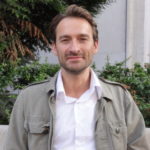