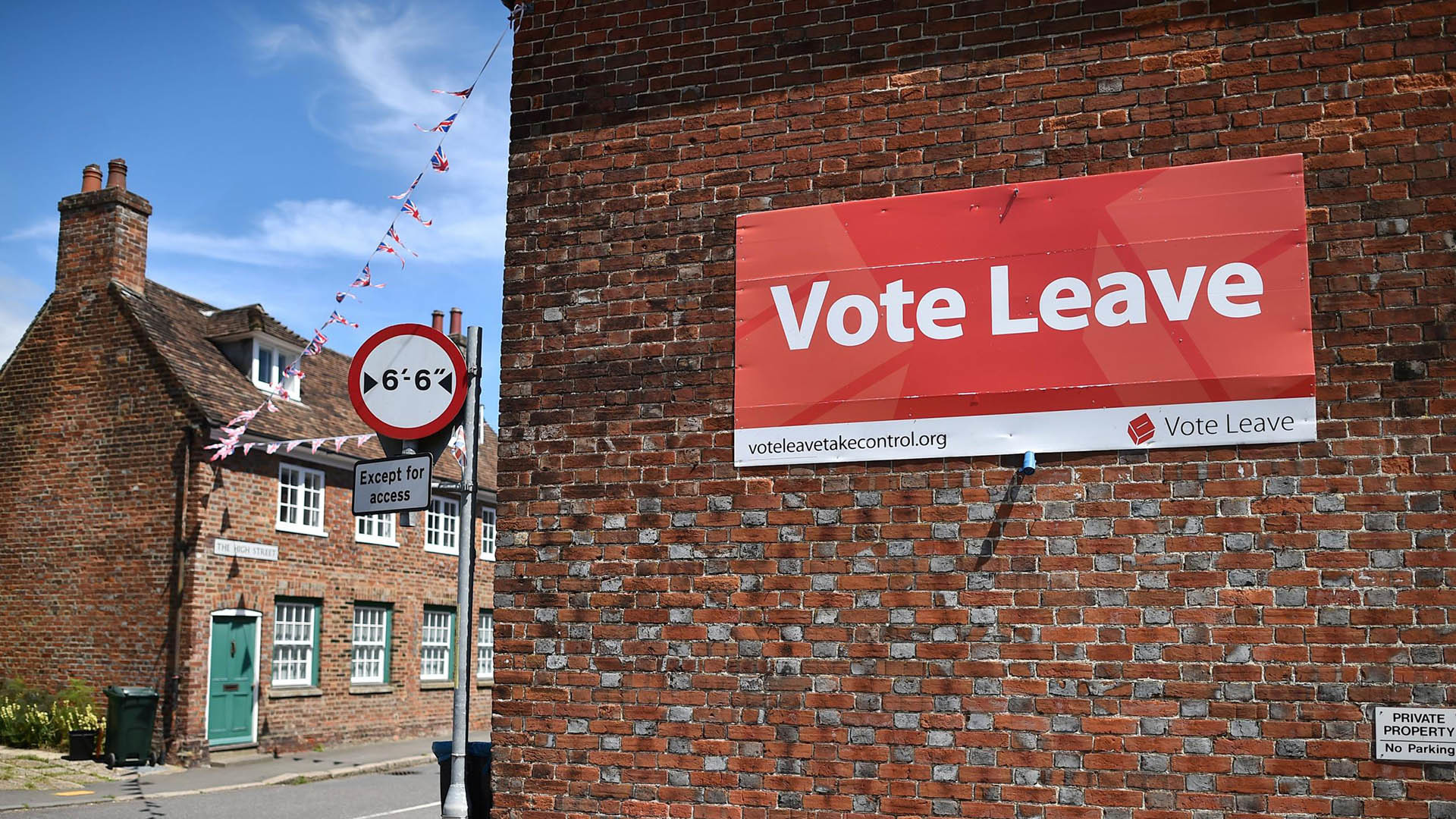 With the Brexit process well underway and the clock to reach a withdrawal agreement ticking, the first prominent calls are being made to hold a second referendum on the exact shape of the agreement—or whether there should even be a Brexit after all.

Amid this political climate, our academic understanding of why Britain voted for Brexit has developed significantly in the last two years.

Since the EU Referendum, a rich literature has developed to study the underlying correlates of support for, or against, Brexit. “Leave” supporting areas clearly stand out by being more deprived: having lower levels of income and life satisfaction, with fewer high status-jobs, an overall weaker economic structure, an ageing demographic, and lower levels of educational attainment (see for example here, here or here).

An important cross-cutting observation is that Leave voting areas have been “left behind,” and the local population is particularly reliant on the welfare state.

In a recent new paper, I bring together broad and comprehensive evidence which suggests that the implementation of austerity measures since 2010 was a decisive factor that could have had substantive impacts on the outcome of the EU referendum.

The austerity-induced reforms of the welfare state since 2010 were extensive. Aggregate figures suggest that overall government spending for welfare and protection contracted by 16% in real per capita terms (see Figure 1 below), reaching levels last seen in the early 2000s. While the National Health Service was ringfenced from direct cuts, the rapidly ageing population implied significant increases in demand for healthcare, worsening the quality and access for many and contributing to the now regular crisis in the healthcare system during winter, when demand usually surges.

At the level of local authority districts, spending per person fell by about 23% in real terms between 2010 and 2015, and the poorest areas were hit the hardest, with drops in local authority spending in some areas reaching up to 46% (Innes and Tetlow, 2015). In 2013, it was estimated that many of the measures included in the Welfare Reform Act of 2012 would cost every working-age Briton, on average, around £440 per year.

The impact of the cuts was far from uniform across the U.K. as is visualized in Figure 2: it varied from around £914 in the northwest England city of Blackpool to just above £177 in the City of London. The overarching observation is that the most deprived areas were most severely affected by the cuts, as they had the highest numbers of people receiving benefits to begin with.

The austerity-induced increase in support for the pro-Brexit UK Independence Party (UKIP) is sizeable and suggests that the tight referendum result could have well been the reverse had it not been for austerity. Estimates suggest that, in districts that received the average austerity shock, UKIP vote shares were on average 3.58 percentage points higher in the 2014 European elections and 11.62 percentage points higher in the most recent local elections prior to the referendum, compared to districts with little exposure to austerity.

The tight link between UKIP vote shares and an area’s support for Leave implies that Leave support in 2016 could have been up to 9.51 percentage points lower and, thus, could have swung the referendum in favor of Remain had the austerity shock not happened.

These effects are detectable not only in aggregate voting outcome data, but also when looking at how individuals’ political preferences shifted, once they had experienced a benefit cut. For example, one of the welfare-reform measures was the so-called “bedroom tax,” which implied reductions in housing benefits for people living in social housing with a spare bedroom. The results suggest that households exposed to the bedroom tax increasingly shifted towards supporting UKIP, experienced economic grievances as they fell behind with their rent payments due to the cut to housing benefits, and, in some cases, avoided the benefit cut by moving to less spacious housing (see Figure 3).

The paper argues that austerity—by curtailing the welfare state—has likely activated a broad range of existing economic grievances that have developed over a long time period. Not only in the U.K., but also elsewhere in the world has economic distress been linked to increasing support for right wing political platforms (see here or here). Identifying and quantifying the relative contributions of different factors that cause the underlying economic grievances, especially among the low-skilled, is an active field of research.

For example, Colantone and Stanig (2018) suggest that trade integration with low income countries, by intensifying competition, has hurt manufacturing goods-producing areas in the U.K., which is why voters in these areas have been more likely to support Leave. Similar evidence, linking economic hardship due to trade integration to populist or extreme voting, is being documented in the context of the U.S. and Germany.

Similarly, evidence is compounding that some forms of immigration do have small, but detectable effects on labor markets, by curtailing wage growth at the bottom end of the wage distribution (for evidence from the U.K. see here or here , for the U.S. see here).

Similarly, there is some evidence suggesting that automation, by reducing demand for low-skilled workers, can also suppress wage growth among the low-skilled. In the historical context, this type of (manual) labor-saving technological progress has been linked to political unrest. The rise of the gig-economy, zero-hours contracts etc. may also push people to become reliant on the welfare state to top up salaries. Each of these factors is likely to exacerbate the economic cleavages between the well-educated and those with low human capital—a phenomena that is referred to as the growing skill-bias (see here or here) in labor markets.

The natural implication is well-known to economists—trade integration, or globalization more broadly, and the welfare state are complements. In order to maintain continued public support for globalization, government policy needs to deliver solutions for those who lose out from globalization. This can take the form of continued investment in education, training, and designing a welfare-system that can help individuals transition into new jobs.

The U.K. welfare state seems to have done (in some part) exactly this up to 2010. From 2001 to 2010, the U.K.’s welfare state was responsive, expanding benefit payments to those who become economically worse-off in relative terms. From 2010 onwards, marking the onset of austerity, this trend of expanding benefit payments came to an abrupt halt, which I argue is strongly associated with the growth in electoral support for UKIP and, eventually, the triumph of Brexit.