America’s Failures of Representation and Prospects for Democracy 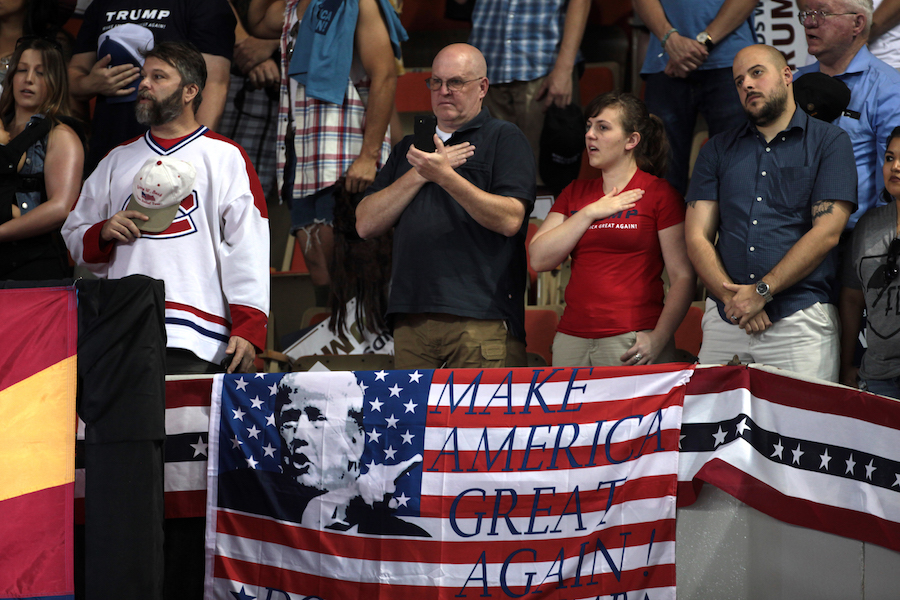 A concentration of wealth and power that created a twin crisis of representation — in politics, and in expertise — set the stage for Donald Trump’s election victory, and has put America’s founding principles at risk

As the inauguration of US President-elect Donald Trump approaches, the best way to assess the incoming administration may be to focus on the ultimate factors that led to his victory. Trump was not elected in a vacuum, and, as his agenda takes shape, we can start to gauge its impact on the political economy whence his candidacy emerged.


Trump won by challenging the credibility of both the political and academic establishments, relentlessly highlighting discrepancies between their depiction of the United States’ political economy and the reality that many voters experienced. Like Bernie Sanders in the Democratic primary, he started drawing large crowds by breaking ranks with his party’s mainstream. While Hillary Clinton and Republican rivals such as Jeb Bush and Marco Rubio tried to build coalitions based on cultural issues and partisan traditions, Trump and Sanders set their sights squarely on what mattered most to voters: a political economy in which elected officials strongly promoted a broad-based prosperity that included them.

How did the other candidates miss this central theme? My sense is that they didn’t; rather, their efforts to attract a broad spectrum of voters were constrained by a system that makes it extremely difficult to fund a credible political campaign without catering slavishly to the wealthiest sliver of American society. That system invited rebellion, and Trump and Sanders – by self-financing and grassroots fundraising, respectively – were ideally positioned to lead one.

The other candidates were also constrained by party orthodoxy, which has long kept Democrats and Republicans alike from willingly addressing the structural inequities in the American economy head-on. Doing so would require candor about such hard issues as technological disruption and globalization. It would also require confronting the legacy of decades of lobbyist-written free-trade agreements, regulations, bailouts, and tax policies that have been funneling economic gains up the income ladder, while imposing budget austerity in response to the needs of most Americans. The story Trump told of a “rigged” system resonated with voters more than anything they had heard from their political leaders in quite some time.

This points to a second, closely related misrepresentation: for many voters, the “expert” consensus about globalization does not ring true. Economists, in particular, have touted free trade and global markets as an unalloyed good. With few exceptions, such as Harvard’s Dani Rodrik and the Nobel laureate Michael Spence, none pointed out that many workers would be displaced and receive little or no compensation, and that rapid globalization can thus stretch a country’s social fabric beyond its elastic limit. But any real expert on American political economy could see plain as day that the US would provide inadequate compensation to those disrupted by foreign competition.

Much of that disruption has come from America’s free-trade relationship with China, a very large country which has a far lower per capita income. In fact, a recent paper by MIT’s David Autor and others shows that the social distress caused by US-China trade has polarized American politics, and probably increased certain voting cohorts’ support for “nativist politicians” such as Trump.

In his 1922 essay “The Dismal Science,” H.L. Mencken suggested why economists would ignore the negative social effects that globalization can have on an advanced economy such as the US. Such misrepresentations, Mencken argued, reinforce the power of those who already hold it. Wittingly or not, experts know that they can curry favor and stay out of trouble by either keeping silent or affirming the policies that make the powerful better off.

But, eventually, something has to give. As wealth becomes ever more concentrated, a body politic suffering from widespread economic insecurity will begin to search for scapegoats – and the experts and pundits themselves were an ideal target this time around.

This dual crisis of representation – political and intellectual – has become a toxic brew. Critiques of Trump’s policies gain no purchase with his supporters, because they come from experts who have lost their trust. This credibility deficit gives Trump latitude, but it also poses a challenge for him as he moves from campaigning to governing.

As president, Trump will need to devise remedies to the social, economic, and political problems that he has described. But to do that, he will have to work within the same “rigged” system that he ran against, and he will have to craft policies that are actually feasible and will have a positive effect on Americans’ lives.

To be sure, the Republican-controlled Congress might work with Trump to implement a mini variant of Franklin D. Roosevelt’s New Deal of the 1930s. But, without reform of the “rigged” system, it is likely that Trump’s proposed fiscal expansion will again disproportionately benefit the wealthy, without “trickling down” to the rest of Americans. “Public-private partnerships” have been championed as a means to direct capital toward a national rebuilding effort; but such measures can be manipulated, and often lead to “heads, I win; tails, the taxpayer loses” outcomes of the type that have benefited Wall Street and Silicon Valley in recent years. Surely this is not what Trump supporters were attracted to when Trump declared he would “Make America great again.”

Twenty-three Democratic US senators (plus two independents who caucus with the Democrats), and only eight Republican senators, are up for reelection in 2018. If the Republicans pass a Keynesian growth package in the next two years that tightens labor markets and raises wages, they could secure their grip on power for many years to come. This, in turn, would enable them to appoint new Supreme Court justices willing to ignore or undercut women’s and workers’ rights, environmental protection, and public education. Such an outcome, given Trump’s campaign rhetoric, would be farcical, if it were not so tragic.

Trump, a child of inherited wealth, now has a chance to define his place in history. Let us hope that he can rise to the challenge, imagine his role as one of repairing the flaws of American democracy, and not settle for presiding over a set of “deals” with, and for, the powerful. An America that broadens economic prosperity and makes its political system more democratic will require reforms that reduce the power of money and increase responsiveness to citizens.

Anything less would constitute a failure by Trump to honor those who brought him to power. A failure to live up to America’s founding principles has long created a tension that provides impetus for the country’s political, economic, and social progress. If Trump refutes those principles – and if, in the despondency that follows, invoking them comes to be seen as a sentimental, romantic act – the price of the failures of representation that led to his election will be high indeed.