When Greece’s sovereign-debt crisis threatened the euro’s survival, U.S. officials called their European counterparts to express bewilderment at their inability to resolve the issue.

Now, the tables have turned, with American leaders on the receiving end of such calls. The most recent threat of a U.S. debt default has been avoided, but only temporarily. Another battle looms early next year, when the U.S. government’s debt ceiling will have to be raised again.

In Europe, the absence of a political union – considered a necessary precondition for sharing debt obligations and, thus, putting the euro on a sound footing – is widely held to lie at the root of the continent’s crisis. But the U.S. crisis suggests that political union is no panacea for managing sovereign debt. For weeks, Republicans in the House of Representatives threatened to keep the government shuttered – thereby preventing it from extending its borrowing authority beyond the October 17 deadline – in order to challenge laws that were enacted by Congress as a whole and upheld by the Supreme Court.

In the euro zone, the main source of disagreement has been howdebts in need of refinancing were incurred – that is, whether they contravened agreed debt limits. In the United States, the bone of contention has been the purpose that the funds will serve. The difference is ultimately minor, and should not be allowed to overshadow what is really at stake: democratic self-governance in an age of high public debt.

In 1773, the so-called Sons of Liberty staged the Boston Tea Party under the slogan, “No taxation without representation.” And America’s founders clearly regarded legislative control over the budget as a key pillar of democratic governance.

Taxation remains the dominant source of government revenue in most developed countries. But the role of debt finance has been growing – and, with it, the need to refinance old debt when total expenditure, including debt service, exceeds total revenue.

Broad access to deep and liquid international debt markets has enabled policymakers to bypass some of the most challenging aspects of democratic governance. Rather than tackle thorny questions about how to allocate limited resources, democratic governments seem to believe that they can have it all: low taxes and ample debt finance to fund wars or electorate-pleasing programs. Growing debt burdens suggest that this form of cheap politics has run its course.

But the problem runs deeper than that. Excessive reliance on debt finance has undermined basic tenets of democracy, with government finance increasingly determined not by electoral cycles and political deliberation, but by repayment schedules. In times of economic growth, debt finance provides an easy escape from difficult choices. When the economy falters, however, creditors – and those who are willing to entertain the prospect of default – can impose their will on everyone else.

This power follows from the nature of debt. A tax is a quasi-equity claim of the government on its citizens’ financial expectations. Gaining the consent of the majority of citizens to raise taxes can be a tall order politically, and has become more difficult as capital mobility has narrowed the tax base and triggered a race to the bottom on rates.

Debt, by contrast, is a contractual commitment to repay creditors who are largely oblivious to how the money is spent. By incurring debt, states trade an element of sovereignty – the flexibility to alter course over time in response to the electorate’s demands – for the ability to fund expenditures without being compelled to navigate the political minefield of raising taxes.

Creating viable institutions for managing public debt in a democracy is difficult. The mechanisms currently on offer are treaty-based, constitutional, and statutory debt ceilings, pegged as a ratio of GDP, or, as in the U.S., established in nominal terms.

Treaty-based debt ceilings are largely toothless, as Europe’s experience suggests. Constitutional debt limits have yet to be tested in times of emergency, when new funding is needed quickly. And, as the recent impasse in the US demonstrates, political minorities with effective veto power can abuse statutory ceilings in an economic downturn, when dependence on external debt finance increases.

Indeed, to the extent that reliance on debt finance undermines self-governance, debt-ceiling abuse for partisan gain becomes more likely. The problem is that democracies have yet to learn how to manage debt effectively. While political union may stabilize the euro, it will not sustain or strengthen democracy unless Europe’s leaders address this critical failing.

Even the world’s oldest continuous democracy is not immune to the erosion of self-governance. Commitments never to raise taxes have left the U.S. dependent on debt finance – and, more frightening, on those who are ready to veto refinancing it. 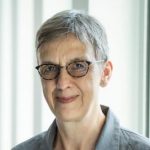