A sparsity based model of bounded rationality

A more realistic version of how people “maximize utility”

The basic microeconomics textbook teaches that, when making a decision, people “maximize.” That is, they do the best they can in a very rational way.

Of course, this is at best a crude rendition of what real people do. Instead, people “sparsely maximize” and pay less or no attention to some features of the problem, such as prices.

In this paper, forthcoming in the Quarterly Journal of Economics, I build on previous behavioral economics research to develop a model of bounded rationality—a “sparse max” model—that allows for an update of the basic microeconomics textbook and seamlessly integrates behavioral and psychological effects into standard microeconomic theory so that we can evaluate their consequences in otherwise standard model economies.

“Sparsity” rests on very robust psychological notions, such as limited attention, simplification, and disproportionate salience, which are realistic features of life. For any decision, in principle, thousands of considerations may be relevant: not only a person’s income but also GDP growth in his country, the interest rate, recent progress in the construction of plastics, interest rates in Hungary, the state of the Amazonian forest, etc. Since it would be too burdensome to take all of these variables into account, he is going to discard most of them in order to simplify the problem.

To supply the missing elements due to limited attention, people rely on defaults, which are typically the expected values of variables. At the same time, attention is optimized, or allocated purposefully, towards variables that seem more important. When taking into account some but not all information, agents anchor on these defaults and make a limited adjustment towards the truth, as in Tversky and Kahneman’s “anchoring and adjustment.”

The sparse max condenses many of these behavioral effects, and I use it to propose an updated version of two chapters of the basic microeconomics textbook: consumer theory, by which I mean the optimal choice of a consumption bundle subject to a budget constraint, and basic equilibrium theory, à la Arrow-Debreu. There does not yet appear to be any other systematic treatments of these building blocks with a non-standard model.

With the sparse max, we can see which parts of basic microeconomics are fragile to the assumptions of perfect maximization and which are robust. We can also obtain an enrichment of perfect-rationality microeconomics that is arguably more plausible and equally as convenient—or more, as bounded-rationality agents tend to use simpler problems.

For instance, if an agent exhibits a form of nominal illusion, when all prices and his budget increase by, say, 10%, he does not react in the traditional model. However, a sparse agent might perceive that the price of bread did not change but that his nominal wage went up. Hence, he supplies more labor in response to the perceived wage increase. In a macroeconomic context, this leads to a ” Phillips curve:” a negative relation between inflation surprises and unemployment.

Prices are also much more volatile in an economy with inattentive agents, as inattention changes how people react to things in a way that breaks the traditional model. Suppose that OPEC or Russia cuts energy supply. Because supply and demand must be equal, prices must go up for demand to fall. But if consumers have limited attention, prices must go up a lot to catch their attention. Consumers will also underreact to increases in sales taxes or “shrouded” prices e.g., shipping charges. For the initiated, the Slutsky matrix (which encodes how much the demand for each good changes as the prices of other goods change) is no longer symmetric: non-salient prices will lead to small terms in the matrix, breaking symmetry.

Traditional economics still gets the signs right in predictions such as, “if the price of good 1 does down, demand goes up,” or more generally, “if there’s a good incentive to do X, people will tend to do X.” Those sign predictions make intuitive sense, and, not coincidentally, they hold in the sparse model. Indeed, when economists think about the world, it is often the sign predictions that are used and trusted, rather than the detailed quantitative predictions. In other terms, Econ 101 is roughly preserved, but the more sophisticated predictions of Econ 201 are modified quite severely.

Though many predictions have yet to be tested, the extant evidence is encouraging: the sparse max model seems qualitatively correct in predicting (rather than positing) inattention to minor parts of pricing schemes, nominal illusion, Phillips curve, and a variety of plausible comparative statics.

Thus the sparse max model allows for a behavioral update of basic microeconomics that is as systematic as the traditional model and arguably more plausible. In fact, it admits the traditional model as a particular case. No doubt, the model could and should be greatly enriched, and in ongoing research, I’m exploring the consequences of this for macroeconomics and finance. 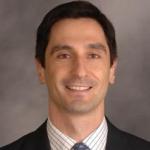