A Response to John Kay's Essay on the State of Economics

There is little doubt that the crisis is a phenomenon that belongs to the intellectual category of “market failure”. It is also the case, as argued in the stimulating text by J. Kay, that it is associated with some kind of “economic theory failure”. John Kay makes a long list of points and an exhaustive comment is hopeless and probably counterproductive. Let me make three types of remarks. The first one (1) concerns the core assumptions of modern economic theory. The second (2) addresses John’s discussion of the “efficient market hypothesis”. My final comments (3-4) are a response to his criticism of the present scientific style of economic theory.

The present crisis has attracted legitimate methodological criticism that concerns two core elements of the methodology of the economic profession: the rationality hypothesis and the rational expectations hypothesis.

The critical assessment of the REH has a priori far reaching implications both in macroeconomics[6] and finance. Concerning finance, John Kay discusses at length the Efficient Market Hypothesis (from now the EMH). Although I side with him to see the EMH as a flawed view of financial markets, I somewhat disagree on the reasons. His objections take too seriously the counter-objection that exceptions and anomalies to the EMH would be “too small to matter[7]”. Such a counter-objection looks somewhat unconvincing[8] and although this is not the place to produce a comprehensive academic discussion of the Hypothesis, let me make three points. All of them deserve, in my opinion, to be put at the forefront of intellectual debate, and all of them stress the critical role of the “rationality of expectations”[9] for a theoretical and empirical assessment of the EMH.

So both the empirical and the theoretical cases for the EMH are much weaker than is generally argued[16]. All one has to do to appreciate the significance of this observation is to consider how dangerously optimistic the view of the working of the financial markets implicit in EMH is. Indeed, some of my friends, who know well the financial system, think that such an optimism, fuelled by economic theory, has being one of the main source of the recent turmoil: it has opened the floodgates to overconfidence, (among market actors already prone to it), and weakened regulatory forces everywhere. But let us go on:

I would like to finish with some remarks about another, different, characteristic of modern economics, the increased balkanisation of its knowledge. Such a criticism, I believe, is implicit in John Kay’s contribution, and it may be appropriate to make it more explicit, even if I can touch upon the problem only briefly.

a) Frontiers in modern economic research have been multiplied, but the progress inside each front is probably less and less understood by outsiders, even from neighbouring subfields. A balkanisation of knowledge exists also in the natural sciences, but it is more of a problem in an economic (or social science) context than in physics: social action has often to rely on all dimensions of understanding. When, for instance, the question concerns systemic stability, not only of the financial system, but also of the economy as a whole, the need for synthesis of different partial viewpoints is paramount.

However, in order to combat balkanisation, a legitimate objective, the present scientific style, again, may not be the right target for attack. Returning to the Econometric Society program, one should notice that by putting emphasis on a general and neutral language, and on universal tools, it has been instrumental historically in fighting geographical and ideological balkanisation. This is not to deny that one may legitimately feel that mathematics increases the entry costs in many areas. Should we however throw out the baby (mathematics and modelling) with the bathwater? No, rigor is not a luxury; it is a basic need. Erroneous arguments in economics are not refuted by the observation of facts (contrarily to what often happens in a natural science like physics).

b) Fighting balkanisation certainly requires a better interaction between basic empirical knowledge and scholarly investigation, as well as a better dialogue between economic specialists and between economists and historians. Fighting the logic of entrenchment that is subverting modern research in economics is clearly desirable. But this takes us beyond the important questions raised by Kay’s text.

[1] Robert Solow argued, some time ago, that the field of economics could be defined as a field where it is “socially acceptable” to pursue your own interest.

[2] Although applications to finance of the “bounded rationality” viewpoint may not have yet been fully convincing (with a number of exceptions including for example Bolton, P, Scheinkman J, and Wei Xiong, (2006). Review of Economic Studies).

[4] In game theoretical terms, the so-called rationality of expectations is a “Nash equilibrium”, not a “Dominant Strategy equilibrium” situation.

[6] As stressed by Mike Woodford, in his comment on this blog.

[7] Although it is true, as argued by JK that small anomalies can generate large departures (on this issue, see also for example Branch-Evans, American Economic Journal, (2011)

[8] Although this is Bob Lucas’ argument, for whom I have the highest regard, personally and intellectually, I come to a different conclusion, for the theoretical and empirical reasons mentioned below.

[10] The claim that you cannot beat the market is the (retreat?) position of some early proponents of the EMH. The retreat is safe behind the fortifications of the REH, but might become a rout if the protection turns out to be much weaker than assumed…

[11] Although the REH allows some critical assessment of the EMH à la Grossman S. and J. Stiglitz (1980) American Economic Review.

[13] The intuition is that the fact that agents do not discard their personal information when the market transmits a huge amount of information, although true in the REH equilibrium, is not “eductively” robust i.e. it makes the mental coordination process more and more fragile.

[14] The point has been made repeatedly (for example by Adam-Marcet (2010), mimeo, when considering the price-dividend ratio and in other contexts by Frydman-Goldberg (2011), Princeton University Press)

[15] Econometric evidence suggesting that models embodying the REH can mimic actual financial trajectories is not conclusive, when the models under scrutiny cannot reproduce actual beliefs. The evidence is then more of a tribute to the cleverness of the modeling than to the validity of the REH.

[18] Again, this point is made in a much more detailed way in Michael Woodford on this blog 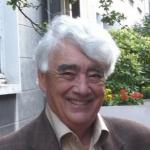