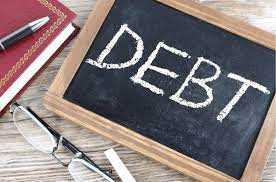 Against the backdrop of frequent calls for debt cancellation and reorganization, the Private Debt Initiative of the Institute for New Economic Thinking is convening a conference on "Debt Restructuring" in New York City on Thursday, February 3rd and Friday February 4th, 2022, hosted by Richard Vague (Secretary of Banking and Securities, Commonwealth of Pennsylvania), Rob Johnson (INET President), and Moritz Shularick (INET Fellow).

Debt is the Achilles’ heel of modern capitalism as Nobel-prize winning economist James Tobin put it. And there has never been more debt than today. The debts of households, corporations and the government stand at record highs. Are these debts sustainable? Will overhanging debt burdens weigh on growth in the coming decade? What role can debt restructuring play to build a more inclusive economy for the future? The conference brings together a new generation of economic thinkers, sociologists, activists, and historians to discuss the prospects, challenges and potential effects of debt cancellation and restructuring.

Across six newly commissioned paper from leading experts in the field, the conference will take stock of the evolving academic views on debt reorganization and its costs and benefits and connect these new insights to the policy debate. We will discuss what promise debt restructuring holds to stabilize the economy in a high-debt world, and how concerns of economic justice, innovation, and efficiency can be combined.