“You never want a serious crisis to go to waste. …This crisis provides the opportunity for us to do things that you could not before.” This YSI Webinar and Reading Group aims to contribute to the historicization of the Global Financial Crisis of 2008 and its repercussions.

Project Description: “You never want a serious crisis to go to waste. …This crisis provides the opportunity for us to do things that you could not before.”  This was not only the belief of Politicians, but also the feeling of many undergraduate students of economics at the time. The apparent failure of the global financial system was accompanied by the realization of the obvious failure of economic orthodoxy.

This project aims to contribute to the historicization of the Global Financial Crisis of 2008 and its repercussions. Ten years after the Global Financial Crisis (GFC) the few regulations imposed on Wall Street are being rolled back and many economists are convinced “that DSGE models will remain central to how macroeconomists think about aggregate phenomena and policy” (Christiano et al, 2018).

Ten years after the crash, the work of Economic Historians starts to reappraise the causes and impacts of the crisis. We are excited to see Adam Tooze publishing a major historical narrative on the GFC and its aftermath. Nevertheless, we believe in the importance of young scholars’ involvement in the process of historicizing the most severe economic crisis since the Great Depression. We aim to analyze the prevailing narratives about the crisis and to enhance critical reflections on the past decade.

Tooze’s book appeared first as an attempt to understand and interpret the link between the GFC of 2007-9 and the European Crisis after 2010. Nonetheless, it did not stop there. The book argues that these two crises were not local isolated events but were part of a series of interconnected moments in recent history that have transformed the social, economic, and politic paradigm in which we live. Specifically, Tooze (2018, pp. 5) sets out to answer the following questions:

“What is the relationship of the economic crisis of 2008 to the geopolitical disaster of 2003 and to America’s political crisis following the election of November 2016? What arc of historical transition do those three points stake out? What does that arc mean for Europe, for Asia? How does it relate to the minor but no less shattering trajectory traced by the United Kingdom from Iraq to the crisis of the City of London in 2008 and Brexit in 2016?”

Project Plan: We plan to meet every Tuesday from 9 a.m. to 10 a.m. EDT (the exact time can be rescheduled according to the geographic distribution of participants and the needs of external presenters).
We will have presentations from senior and young scholars on a respective topic alternating every week with a discussion of a chapter from Adam Tooze’s book “Crashed”. For a complete schedule of the webinar series, see the plan below.

Text(s): Adam Tooze (2018), Crashed - How a Decade of Financial Crises Changed the World

Where? We meet online using the app Zoom. To participate, follow the link and click attend: https://ysd.ineteconomics.org/… 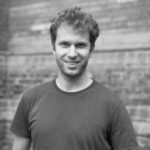