Victor Yakovenko is a Professor of Physics at the University of Maryland. He is a Fellow of the American Physical Society and was a recipient of the prestigious David and Lucile Packard Fellowship in Science and Engineering and the Alfred P. Sloan Research Fellowship. He is a theoretical physicist with more than 25 years of research experience in studying electronic properties of various materials. In addition, he joined the emergent econophysics movement around year 2000 by publishing his first econophysics paper. Over the next ten years, his ideas became increasingly popular and initiated an expanding wave of follow-up papers by many researchers around the world. The work of Yakovenko has also been covered in popular media, such as the New York Times Magazine, American Scientist, New Scientist, Australian Financial Review, and the UK Engineering and Technology Magazine. Yakovenko has given about 100 invited talks on this subject. He received his M.S. in Physics and Engineering from the Moscow Physical-Technical Institute in 1984 and his Ph.D. in Theoretical Physics from the Landau Institute for Theoretical Physics, Moscow in 1987, where he was also employed as Research Scientist. In 1991 he began a Postdoc at the Department of Physics, Rutgers University. In 1993 he joined the University of Marlyland, College Park as Assistant Professor and became Associate Professor in 1999 and Full Professor in 2004.

What Causes Inequality? An Econophysics Approach 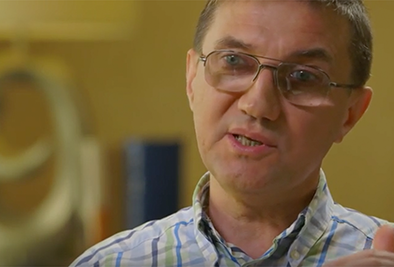 In standard economics, inequality in outcomes is typically attributed to inequality of inputs, for example, from differences in education. Yakovenko thinks about inequality in a different way by extending some ideas from statistical physics.