Dr. Peter Victor is an economist who has worked on environmental issues for over 40 years as an academic, consultant and public servant. By extending input-output analysis, he was the first economist to apply the physical law of the conservation of matter to the empirical analysis of a national economy. His most recent book is Managing without Growth. Slower by Design, not Disaster. (Edward Elgar, 2008)

From 2000 to 2004 Dr. Victor was President of the Royal Canadian Institute for the Advancement of Science, Canada’s oldest science organization, and from 2004-2006 he was Chair of Environment Canada’s Science and Technology Advisory Board. Dr. Victor was the founding president of the Canadian Society of Ecological Economics. Currently he is Chair of Ontario’s Greenbelt Council, and a member of the boards of the David Suzuki Foundation, the New Economics Institute, and the Centre for the Advancement of a Steady State Economy. He is also a member several advisory committees in the public and private sectors.

In 2011 Dr. Victor was awarded the Canada Council for the Arts Molson Prize in the Social Sciences.

Towards an Ecological Macroeconomics

Three major crises are confronting the world. The first is the increasing and uneven burden of humans on the biosphere, and the observation that we have already surpassed the ‘safe operating space’ for humanity with respect to three planetary boundaries: climate change, the nitrogen cycle and biodiversity loss.

What’s the Difference Between Growth and Prosperity? 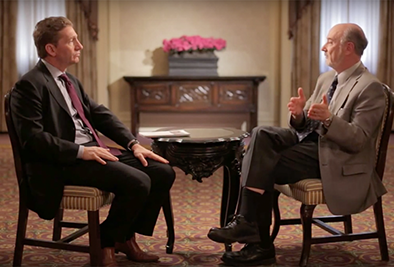 Peter Victor challenges the basis of our obsession with economic growth