Leanne Ussher is Assistant Professor of Economics at Queens College, City University of New York. Prior to academia she was a securities analyst at the Reserve Bank of Australia, Sydney. She holds a PhD in Economics from the New School for Social Research (2005) and a Graduate Diploma in Applied Finance and Investment from the Securities Institute of Australia (1994). She is co-founder of the New York City Computational Economics and Complexity Workshop. In 2008 she was a visiting Research Scientist in the Complex Systems Lagrange LAB at the Institute for Scientific Interchange, Turin, Italy. During 2008 she participated in several roundtable discussions on international monetary reform on behalf of the CFA Institute. In 2011 she was awarded a research grant from the Institute for New Economic Thinking (INET) for a large-scale network analysis of firm trade credit. Her research is broadly focused on money, banking, trade credit, international financial reform and the macro-microstructure of financial markets. Emphasis is on economic situations where bounded rationality, multiple equilibria, increasing returns, and complexity, create a need for rules and institutions to help coordinate and optimize economic outcomes. She has publications that simulate market prices from agent-based models that ‘grow economies’ from the bottom up, with an emphasis on wealth, leverage, balance sheet dynamics and institutional constraints. With a keen interest in the history of economic thought she also has publications on the international monetary reform proposals of Nicholas Kaldor.

Central to John Maynard Keynes (1941) original Bretton Woods proposal was an international clearing union that would issue a new international currency by fiat called bancor. Among other functions, this international central bank would finance the stabilization of individual commodity prices through commodity buffer stocks.

Financial Fragility in a Network of Trade Credit 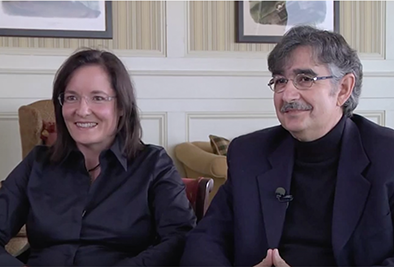 The physicist Sorin Solomon begins to feel dizzy when the economist Leanne Ussher talks econ lingo. Yet he listens, because the two of them have found a productive area of collaboration: some economic phenomena, they find, can be explained without recourse to the quirks that feed into human decision making.