Karine van der Beek is currently working as a PostDoc Researcher at the Department of History and Civilization of the European University Institute, Florence.

Born 1973 in Jerusalem, Israel, she studied Economics at the Hebrew University of Jerusalem, where she developed her main fields of interest: Economic History, Institutional Economics and Economic Growth. She is particularly interested in European growth and in the effects of political structures on institutional formation, market organization and productivity.

In her thesis, entitled: “Political Fragmentation and the Expansion in Watermill Construction in Medieval Europe: A Case Study from Ponthieu, France” she analyses the distinctive phenomenon of European economic expansion during the middle ages using both historical data and economic theory.

Human Capital in the Industrial Revolution 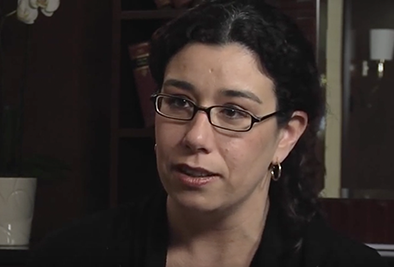 Did the industrial revolution increase the relative demand for skilled labor, or decrease it?