Hans-Werner Sinn is Professor of Economics and Public Finance at the University of Munich, President of the Ifo Institute, Director of the University of Munich’s Center for Economic Studies, and Director of CESifo. He is a member of the Council of Economic Advisors to the German Ministry of Economics as well as former president of the International Institute of Public Finance (IIPF). Sinn holds honorary doctorate degrees of the universities of Magdeburg, Helsinki and HHL Leipzig Graduate School of Management and he has been honoured with the Maximilians Order. His fields of interest include the economics of transition, risk and insurance, natural resources, monetary trade theory and public finance. In these areas he has published more than 300 scholarly and policy articles. He has published a dozen monographs with more than 30 editions in six languages. They include titles such as Can Germany Still Be Saved?, Casino Capitalism, The Green Paradox and The Euro Trap.

Why 'Grexit' could be good for Greece

It is a shame that Greece was unable to manage its finances and is now slipping into chaos. But this outcome was inevitable and could not be permanently averted with loans from the international community.

It is time for Greece to make a daring leap and adopt its own currency, says Ifo President Hans-Werner Sinn. “The drachma should be introduced immediately as a virtual currency,” Sinn said in Munich. 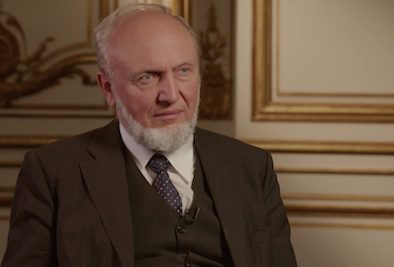