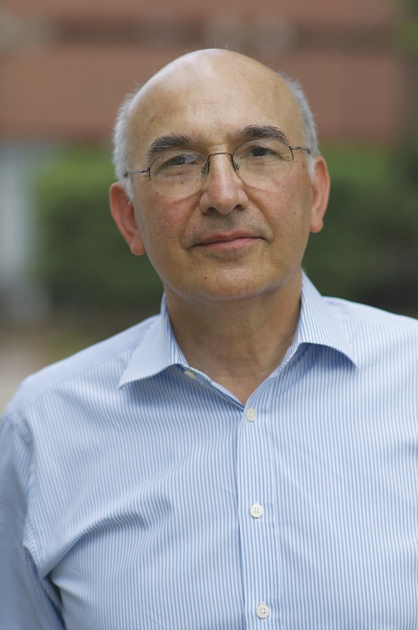 Dr M Hashem Pesaran was born in Shiraz, Iran. He got his school diploma from Nemazi School in Shiraz and left for England for further studies on a scholarship from Bank Markazi Iran in November 1964. He received his BSc (First Class Honours) in Economics, Mathematic and Statistics at the University of Salford (England) and his PhD in Economics at Cambridge University. Currently, he is an emeritus Professor of Economics at the University of Cambridge, the John Elliot Distinguished Chair in Economics at the University of Southern California, and a Professorial Fellow of Trinity College, Cambridge. Previously, he was head of the Economic Research Department of the Central Bank of Iran (1974-76) and the Under-Secretary of the Ministry of Education (1976-78), Iran. He has also been a Professor of Economics and the Director of the Applied Econometrics Program at UCLA (1989-93), and a Visiting Professor at the Institute of Advanced Studies in Vienna, the University of Pennsylvania, and the University of Southern California, where he served as the Director of USC College Institute for Economic Policy Research over the period October 2004 to April 2006. He is a Fellow of the British Academy, a Fellow of the Econometric Society, and a Fellow of the Journal of Econometrics. He was awarded Honorary Doctorates by the University of Salford in 1993, and by the University of Goethe, Frankfurt in 2008. He is the recipient of the 1990 George Sell Prize from The Institute of Petroleum, London, the 1992 Royal Economic Society Prize for the best article published in The Economic Journal for the years 1990 and 1991, the joint recipient of the Econometric Reviews Best Paper Award 2002-2004 for his paper on Long Run Structural Modelling, and the joint recipient of the Best Paper Award 2004-2005 for his paper in the International Journal of Forecasting. Dr Pesaran is the founding editor of the Journal of Applied Econometrics, and a co-developer of Microfit, an econometric software package published by Oxford University Press. He has been a member of the Board of Trustees of the Economic Research Forum for Arab Countries, Iran and Turkey, and has served as a member of the World Bank’s Council of Advisers for the Middle East and North Africa, 1996-2000. Dr Pesaran has served as a non-executive Director on the Board of Acorn Investment Trust, Chiltern PLC, and Cambridge Econometrics, and has been an Honorary President of Cambridge Econometrics. In 1997 he became a Charter Member of the Oliver Wyman Institute, serving until January 2000. Between 2000 and 2002 he was appointed Vice President in charge of development and computerized trading systems at Tudor Investment Corporation, Connecticut, USA. He has held a Partnership in GSA Capital PLC during 2006-2009. He has over 175 publications in leading scientific journals and edited volumes in the areas of econometrics, empirical finance and macroeconomics and the Iranian economy, and is an expert in the economics of oil and the Middle East. He is the author of The Limits to Rational Expectations (Blackwell), and co-author of several books: Dynamic Regression: Theory and Algorithms (with Lucy Slater); Keynes’ Economics: Methodological Issues, (ed. with Tony Lawson); Disaggregation in Economic Modelling (ed. with Terry Barker); Non-linear Dynamics, Chaos and Econometrics (JW, ed. with Simon Potter); Blackwell’s Handbook of Applied Econometrics: Volume I, Macroeconomics (ed. with Mike Wickens), and Volume II, Microeconomics (ed. with Peter Schmidt); Energy Demand in Asian Developing Economies (with Ron Smith and Taka Akiyama, OUP); Analysis of Panels and Limited Dependent Variables: A Volume in Honour of G S Maddala (ed. with Cheng Hsiao, Kajal Lahiri and Lung-Fei Lee, CUP); Global and National Macroenonometric Modelling: A Long Run Structural Approach (with Garratt, Lee, and Shin, OUP, 2006); and Explaining Growth in the Middle East, (ed. with Jeff Nugent, North-Holland, 2007). Time Series Econometrics using Microfit 5, Oxford University Press, 2009.

The debt-growth relationship is complex, varying across countries and being affected by global factors. While there is no simple universal threshold above which debt-to-GDP becomes a significant brake on growth, based on data from the last four decades we show that high and rising public debt burdens slow down growth in the long term.

Is There a Debt-threshold Effect on Output Growth?

This paper studies the long-run impact of public debt expansion on economic growth and investigates whether the debt-growth relation varies with the level of indebtedness.

Is There a Debt-threshold Effect on Output Growth?

This paper studies the long-run impact of public debt expansion on economic growth and investigates whether the debt-growth relation varies with the level of indebtedness.