Adam Posen is President of the Peterson Institute for International Economics, the world’s leading independent think tank on economics and globalization. He is one of the world’s foremost experts on macroeconomic policy, resolution of financial crises, the economies of Europe, Japan, and the US, and central banking issues.

From September 2009, by appointment of the UK Chancellor of the Exchequer, Dr. Posen served for three years as an external member of the Bank of England’s rate-setting Monetary Policy Committee. During this critical period for the world economy, he was a prominent advocate of activist policy response to the financial crisis, successfully led the MPC into quantitative easing, brought innovative efforts to stimulate business investment to the top of the UK economic agenda, and accurately forecast global inflation developments.

Adam Posen brings a uniquely international perspective to macroeconomics: He worked in finance in Germany following reunification; wrote the definitive book on Japan’s economic crisis of the 1990s and counseled the Koizumi government that subsequently turned Japan around; coauthored with Ben Bernanke a reform program for Fed policy, and currently advises the US Congressional Budget Office; and consulted for the UK Cabinet Office on the successful London G-20 summit of 2009, prior to being appointed to the MPC.

Among the most cited economists in the press, he appears frequently on Bloomberg, CNBC, BBC, and NPR programs, and his commentary is published regularly in the world’s leading newspapers. In April 2012, an article in the Atlantic magazine named Dr. Posen to its international team of “superstar central bankers.”

Dr. Posen received his PhD and BA from Harvard University, and is a member of the Council on Foreign Relations and of the Trilateral Commission. The author or editor of five books, he has been the recipient of major grants and research fellowships from the American Academy in Berlin, the Bank of England, the Brookings Institution, the European C

What Japan and the UK Demonstrate about Macroeconomic Stimulus 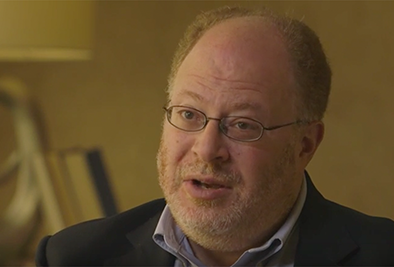 Adam Posen, President of the Peterson Institute for International Economics, discussing the lessons of macroeconomic stimulus provided by the recent histories of Japan and Great Britain.