Paolo Pasimeni, economist by education, has been working at the European Commission since 2006. He studied at the Universities of Modena (Italy), Barcelona and Seville (Spain), and started his career as a researcher on the Italian industrial districts (2000), then as a market analyst in Millward Brown (2001-2002). In 2002 he was economic analyst in the Italian Embassy in Cuba, assessing the investment perspectives for Italian firms. In 2003 he became associate researcher at the Spanish Council for Scientific Research (CSIC), where he specialised on research policies and innovation systems, with a particular focus on Middle-East and North of Africa countries. Since 2006 in the European Commission his main fields of expertise have been: cohesion policy, employment and social analysis, the study of income inequalities, the macroeconomic analysis of the EMU, and the design of automatic stabilizers for the EMU, such as a European unemployment benefit scheme.

Instability & Stagnation in a Monetary Union 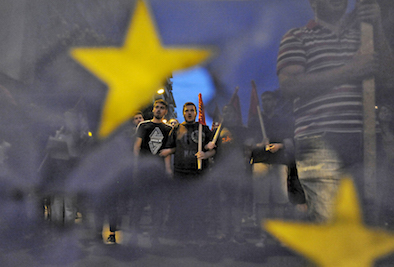 The intra-EMU divergences are a feature of the system rather than just a bug.