Linda J. Bilmes, the Daniel Patrick Moynihan Senior Lecturer at the Harvard Kennedy School, is one of the leading experts in the country studying the costs of war, with particular focus on veterans and military casualties. She has written extensively on the Iraq and Afghanistan conflicts, including The New York Times and international best-seller The Three Trillion Dollar War: The True Cost of the Iraq Conflict (co-authored with Joseph E. Stiglitz). Her book chapters with Joseph E. Stiglitz include “The Long-term Costs of Conflict: The Case of the Iraq War”, in the Elgar Handbook on the Economics of Conflict (2011); and “Estimating the Costs of War: Methodological Issues, with Applications to Iraq and Afghanistan” in the Oxford Handbook of the Economics of Peace and Conflict (2012). She is also co-author of The People Factor: Strengthening America by Investing in Public Service (with W. Scott Gould).

Bilmes serves on Board of Directors of the Institute for Veterans and Military Families at Syracuse University and is on the U.S. Department of Labor Advisory Board on Veterans Employment. She served on the veterans’ transition team for President Obama, and has testified numerous times on veterans issues before Congress. She has received many awards and honors, including the 2008 “Speaking Truth to Power” Award from the American Friends Service Committee. Bilmes is a member of the Council on Foreign Relations, a former Assistant Secretary and CFO of the U.S. Department of Commerce, a Fellow of the National Academy of Public Administration, and a peer reviewer for the Institute of Medicine veteran’s publications. She holds a BA and MBA from Harvard University and is the daughter of a World War II veteran. 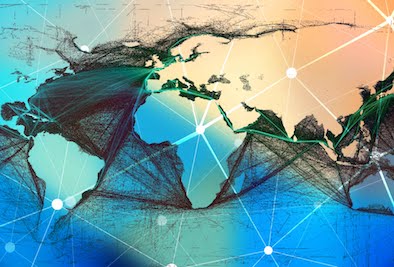 How might a reimagined American foreign policy both bolster the domestic economy and help build a 21st-century global economy that works for everyone?