Who's talking about getting fiscal? 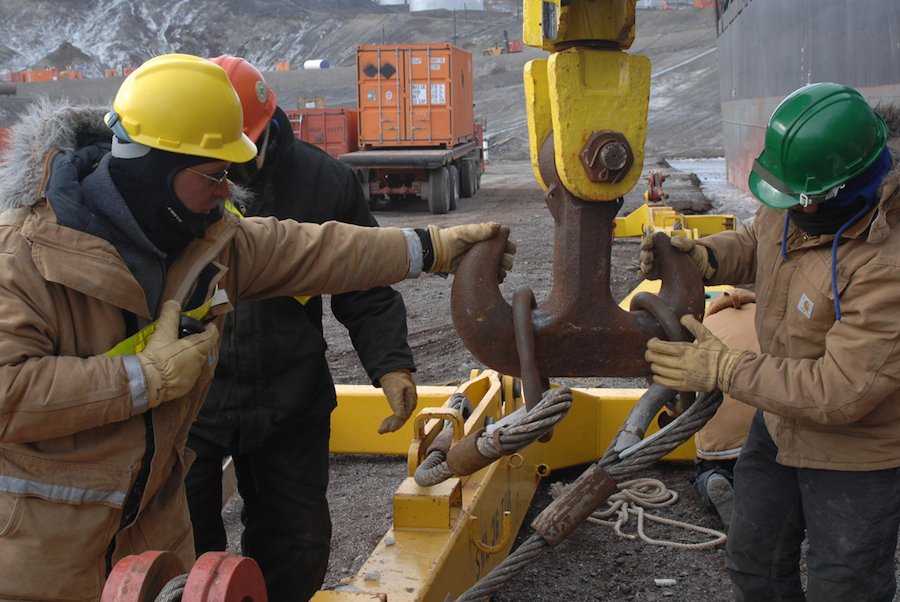 What we’re reading: Recent statements from the IMF and the OECD highlight a growing call for new economic policy thinking in response to the specter of long-term stagnation

“A wind of change is howling through the world’s economic institutions,” wrote the Guardian’s Larry Elliot Thursday. “Last week it was the International Monetary Fund saying that austerity could do more harm than good and that neoliberalism was not all it was cracked up to be. This week it is the turn of the Organisation for Economic Cooperation and Development to challenge the orthodoxy.”

He was referring to the latest policy outlook published by the Organization for Economic Cooperation and Development, which argued that the scale of the long-term growth crisis facing the industrialized economies required a strong fiscal response of the type disdained by neoliberal orthodoxy.

“Growth is flat in the advanced economies and has slowed in many of the emerging economies that have been the global locomotive since the crisis,” OECD Secretary-General Angel Gurría told the organization’s annual Ministerial Council meeting in Paris. “Slower productivity growth and rising inequality pose further challenges. Comprehensive policy action is urgently needed to ensure that we get off this disappointing growth path and propel our economies to levels that will safeguard living standards for all”.

The report urged governments to move beyond their reliance on monetary-policy responses by expanding pubic investment and reallocating it towards growth-enhancing items. “Reliance on monetary policy alone cannot deliver satisfactory growth and inflation,” wrote the OECD. “Additional monetary policy easing could now prove to be less effective than in the past, and even counterproductive in some circumstances.”

Elliot wrote that “after five years in which its forecasts have proved persistently overoptimistic, the OECD is becoming increasingly fretful. It is concerned that weak growth will feed on itself. It is worried that central banks are being asked to do too much with low interest and quantitative easing. It fears that any one of a number of risks – a hard landing in China, a financial crisis in emerging markets or, most pressingly, Brexit, could lead to activity stalling altogether. It wants something done to break the cycle of low productivity, low wage growth and low investment.”

But as he notes, a pivot towards fiscal responses to anemic growth requires tough political choices that governments thus far seem reluctant to contemplate.

“I don’t actually think the OECD is fretful,” Mitchell wrote on his blog. “They are just looking ridiculous and the on-going forecast errors over the last several years have made the organization look incompetent.”

He sees a deeply rooted institutional culture at both the OECD and IMF reinforcing what he calls “the monetarist deceit” which is now under threat.

“One suspects that the empirical facts are so contrary to the ideological positions held by the OECD and the IMF that the continuity of their positions will break down,” he writes.

Whatever the logic behind the shift, former editor-in-chief of The Economist Bill Emmot argued this week that reality demands a turn towards fiscal stimulus. “With years of fiscal austerity in the United States, Europe, and Japan having achieved nothing, it is time for governments to start spending again.”

Proposals for new fiscal spending “will be met with outrage from many governments, especially, but not exclusively, Germany’s, and will be dismissed by the many political candidates who treat sovereign debt, built up by the incumbents they are seeking to depose, as the devil’s work,” he writes. “But beyond ideology and self-interest lies a simple and unavoidable truth: austerity is not working.”

Public debt in the Eurozone continues to rise because wages — and therefore tax revenues — are not growing, with each new round of austerity cuts further reducing growth and with it the prospect of debt-reduction. Pursuing austerity in a context of little inflation and amid low-to-zero borrowing costs has failed to stimulate growth even though energy prices have halved.

“In today’s world, nothing can substitute for fiscal expansion,” writes Emmott. “Many countries, particularly in Europe, need to boost public investment in infrastructure. More broadly, Europe needs a new Marshall Plan, this time self-financed, rather than funded by the Americans, to kick-start economic growth and boost productivity. There is plenty of scope for a similar program in the US, too. Such spending could even help get tax revenues growing, by pushing employment and wages higher.”

Growing calls for a greater emphasis on fiscal responses were echoed in China, this week, where former People’s Bank of China Monetary Policy committee member Yu Yongding wrote that breaking the country’s deflationary spiral and stabilizing the economy required a “much more aggressive fiscal policy.”

“Because of its comparatively low public debt and budget deficit, Beijing is in a strong position to boost aggregate demand and long-term efficiency by investing in infrastructure needs ranging from transport to green technology.”

He questioned the view of most Chinese economists that there’s no cause for concern about China’s growth prospects, and therefore no need for fresh fiscal action.

“First, China’s producer price index has been in negative territory for 50 consecutive months,” he writes. “Second, its core consumer price index has been hovering around 1-2% for years. Third, surveys by industrial enterprise associations show capacity utilization is below 70%. A logical conclusion is either China’s growth potential has been underestimated or its actual growth rate has been overestimated. Whatever version you take, China has been growing significantly below potential. In fact, the economy appears to have slipped into a deflationary spiral. Without stimulus, it may slide further.”

He sees dangerous policy implications from the supply-side diagnosis that seeks solutions in allowing the market to dictate, and letting ‘zombie firms’ close. China’s key problem, he Yu writes, is to raise domestic consumption to offset the impact of slowing real estate investment, and declining demand for Chinese exports in a slowing global economy.

By adopting the right mix of infrastructure programs financed through bond issues, he writes, “China can not only avoid a hard landing and a debt crisis, but lay a solid foundation for sustained growth for years ahead.” And he notes the global dimension to his prescription when he observes, “The rest of the world will benefit from a better-performing Chinese economy.”

The extent to which any emerging consensus on the need for aggressive fiscal policy is translated into policy depends, whether in Beijing, Berlin or Brussels, on political decision-makers, however. Austerity policies in the industrialized West are based on a deeply ideological hostility in the political sphere to the very principle of expanding (rather than cutting) public spending. On the other hand, the growing turbulence in the political sphere is being fueled by economic despair — a factor that could change the equation on fiscal policy, although political outcomes are anything but predictable in the current climate.