Welcome to the Emergency Room. A Wall Street Honcho Will Decide Your Treatment. 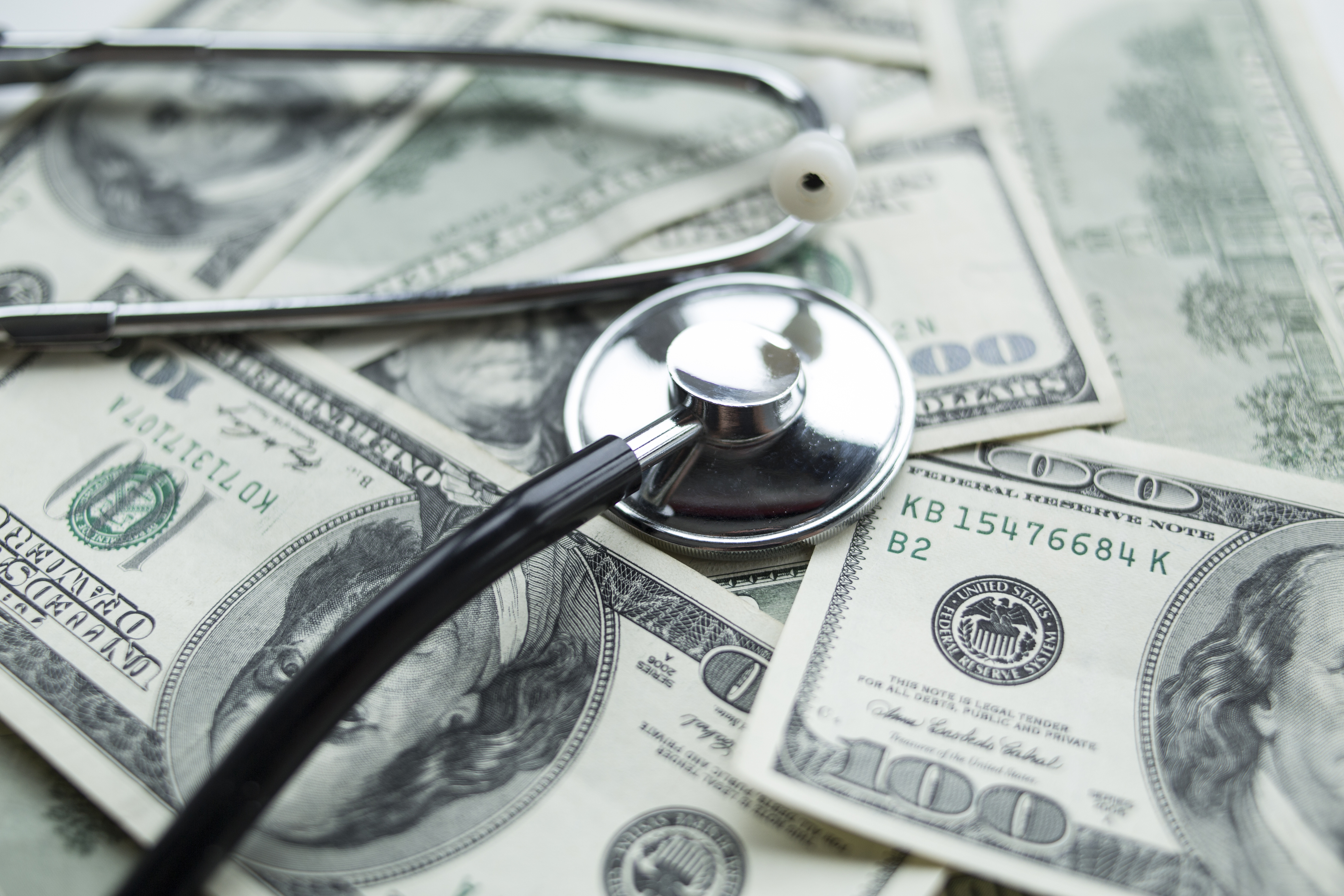 Doctors and medical experts say private equity firms and profiteering corporations are putting American lives at risk and compromising the practice of medicine.

The emergency room. You go there for help when you’re really in trouble or have no place else to turn. But who decides what happens to you there? If you think the answer is “doctors,” think again. Large corporations are increasingly taking over these centers of life and death, and they are focused far less on your health than squeezing as much profit from your situation as possible.

That’s why a growing chorus of physicians, advocates, and patients is sounding the alarm on what they say is a corporate-fueled catastrophe in the making. The pandemic, they warn, has amplified problems rampant in a healthcare system managed not for the benefit of human lives but for the corporations and elite executives who control it. This path, they warn, is both unsustainable and dangerous.

Ground zero for the newest form of greed-driven medicine is hospital emergency rooms.

In normal times, 1 in 5 U.S. adults finds themselves in the ER each year for urgent problems like chest pains, severe injuries, and acute infections, as well as mental health issues and substance overdoses (the number went down in the pandemic, but it’s ticking back up). Some end up there because they lack affordable options for addressing less serious problems.

Everyone has a good chance of spending time in the ER at some point, but most Americans would be shocked to learn just how far the tentacles of financialized corporations have reached into trauma centers and triage stations.

You would think doctors would be making the call on whether you get a breathing tube, but executives who control medical staffing contracts have ways of exerting pressure on physicians to do things their way. They can even decide who gets to see a doctor at all. On corporate spreadsheets, your body becomes little more than a source of profits, and medical staff so many tools for extracting it.

Corporate-influenced medicine has been around for a while. There are insurance companies, of course, but since the 1990s, businesses called “contract management groups” (CMGs) have increasingly taken control of staffing hospitals. CMGs originated in doctor-owned companies trying to address a legitimate issue – the headache of ensuring that hospitals are properly staffed 24/7. But the role of these companies soon expanded to things like coding and billing services. The doctors who ran them found out they could make piles of money through these contracts, and it wasn’t long before Big Business saw a pot of gold and came knocking.

Half of all ER doctors are now employed by CMGs. Physicians they employ say they have lost autonomy and can no longer ensure proper patient care.

The first private staffing contractor for an emergency room was EmCare, launched in 1972 in Dallas, Texas to staff Baylor Hospital. By 2005, Emcare was the largest ER outsourcer in the U.S.—and that same year, a private equity firm took it over and bundled it with an ambulance outsourcer. The new company eventually went public in 2013 as Envision Healthcare. Fast forward to 2018, and you find private equity giant KKR buying Envision for nearly $10 billion.

Envision is a corporation that draws vehement criticism, coming under fire for abuses like surprise billing and reducing the quality of patient care. Famed short-seller Jim Chanos described the company to Forbes magazine as a “scam” built on a model of “deception or aggressive use of reimbursement.”

Envision’s main competitor is TeamHealth, which was taken over by the private equity behemoth Blackstone for over $6 billion in 2017. Blackstone is owned by Stephen Schwarzman, who seems to have stepped right out of the movie “Wall Street” — a poster boy for the “greed is good” mentality. Schwarzman, when he’s not boosting Donald Trump and throwing elaborate parties for himself, describes attempts to raise taxes on firms like his to Adolf Hitler’s invasion of Poland in WWII. (He later apologized after an outcry.)

Sometimes CMGs have a couple of actual physicians at the top (greedy ones making hefty profits, critics say), but their presence is largely a scheme for corporations to get around laws in many states prohibiting business entities from practicing medicine, or owning, investing in, or controlling professional medical practices.

In states without such laws, there is often a lay owner calling the shots at CMGs. The worst-case scenario, say critics, is when a private equity firm takes over.

Private equity firms buy companies hoping to sell them later at a profit – “flipping” them to another buyer. Lately, these corporate entities have been on a spree snapping up healthcare companies, many of which faced have challenges during the pandemic as profits have decreased. Private equity firms are taking over CMGs, nursing homes, physician’s practices, and even hospitals themselves. They’re also gobbling up health care billing management and debt collection systems, just to ensure not a dollar slips away.

The data are still coming in because the phenomenon is new, but research on nursing homes taken by private equity firms shows that patient care takes a nosedive.

Financial titans like Blackstone, The Carlyle Group, and KKR are committed to one thing: ginning up large returns for shareholders. They do so under what economist William Lazonick has criticized as a perverse idea which holds that the sole purpose of corporations is to enrich shareholders – never mind providing anything of value to society, treating workers fairly, or keeping the public safe. Lazonick says that the shareholder value ethos has spread “like a contagion” since the 1980s when it took hold at Harvard Business School. Private equity firms take this destructive ethos to the max, looking for massive returns and almost any cost. “Nobody is protected,” says Lazonick. “The private equity firms are about making money out of money and looking around for any asset, often tearing the asset down.”

Bent on extracting profits from doctors, staff, and patients, private equity executives don’t mind if you’re Democrat or Republican, young or old, rich or poor. They simply want your health issues to translate into money. The tricks they play to make this happen include hiding billing and payments from doctors, pushing medical staff out-of-network so that bills can be inflated, replacing doctors with cheaper non-physician providers, and making sure that medical staff contracts allow the corporation to fire physicians who complain without cause.

A “Seismic Shift” in Medicine

As Gretchen Morgenson and Emmanuelle Saliba reported last year, the private equity phenomenon represents a “seismic shift” in medicine. At the time of their report, Blackstone-owned TeamHealth and KKR-owned Envision Healthcare were already providing staffing for about a third of the country’s emergency rooms. Morgenson and Saliba note that during the pandemic, hospitals associated with these financial giants got busy finding ways to cut pay and benefits for medical workers because profits were declining.

Dr. Robert McNamara, Chair of Emergency Medicine at Temple University School of Medicine, is on a crusade against this corporate-driven system, warning that emergency rooms at its mercy are harming patients, abusing medical staff, and exploiting doctors to the point that many are simply quitting the profession. He spoke recently at TakeEMBack, a 2-day virtual conference of physicians, researchers, and other analysts aimed at combatting the growing influence of profit-hungry corporations on the profession he loves.

Dr. Ming Lin found this out the hard way. He was sacked by Blackstone-backed TeamHealth, which staffed the hospital in Washington where he worked during the pandemic. When Lin complained about inadequate Covid safety measures through internal channels, and later on social media when improvements didn’t come, he was fired. As a physician, Lin thought his mission was to keep patients and staff safe. TeamHealth thought otherwise. He is currently suing.

Physicians working under the corporate model are also routinely prevented from knowing what is billed and collected in their name. When you go to the emergency room, says McNamara, “it’s not a doctor deciding what you are charged. It’s Steve Schwarzman.”

Psychiatrist Wendy Dean, also a participant in the TakeEMBack conference and an expert in workforce stress, said that ER doctors, already stressed long before Covid, are now breaking down. It’s not about individual frailty, she said, but a reaction to an increasingly corporate environment in healthcare that demands that doctors “shift allegiance away from patients.” She describes the stress they endure from the conflict between their duty to patients and what corporations demand as “moral injury,” similar to what soldiers experience when they are asked to do things in opposition to their values. No amount of self-care can fix this: “The only way to solve it is to confront the conflicts of interest,” says Dean.

If McNamara could make one change right now, it would be to ensure that information on everything billed out or paid on behalf of doctors would be provided without the physician having to make a request to his or her employer. This would allow doctors to know what patients are being charged and whether these charges are fair. As ProPublica has revealed, Blackstone’s TeamHealth “charges multiples more than the cost of ER care” and the excess money goes to it, not the doctors treating patients.

McNamara says that transparency would also eliminate unethical practices like fee-splitting – the splitting of a physician’s fee with another person or entity, like the manager of a staffing company. Many doctors, he says, have no idea that they are losing 25 to 30% of their fees to business concerns.

McNamara and his colleagues say that Congress and state legislative bodies need to act to wrest control of medicine from corporations. Enforcement of current laws prohibiting doctors from working for laypeople or corporations is needed, along with new regulations in places where they don’t exist. Other strategies to forge a better, safer path forward include unionization, a return to transparent and locally-owned medical groups, informing the public about what’s happening, and coalition building.

Nineteenth-century thinker John Ruskin famously said, “there is no wealth but life.” In his view, true wealth is human well-being. Emergency rooms, the places we turn to for life and health, are increasingly under the influence of what Ruskin called “illth” – economic forces that breed illness and despair. Private equity and corporate-controlled medicine illustrate that from the standpoint of unregulated capitalists, life has little intrinsic value.

Since all of our lives are a stake, maybe it’s time to fight them.