Tunisia in Turmoil: When Supply-Side Orthodoxy Meets an Angry Citizenry 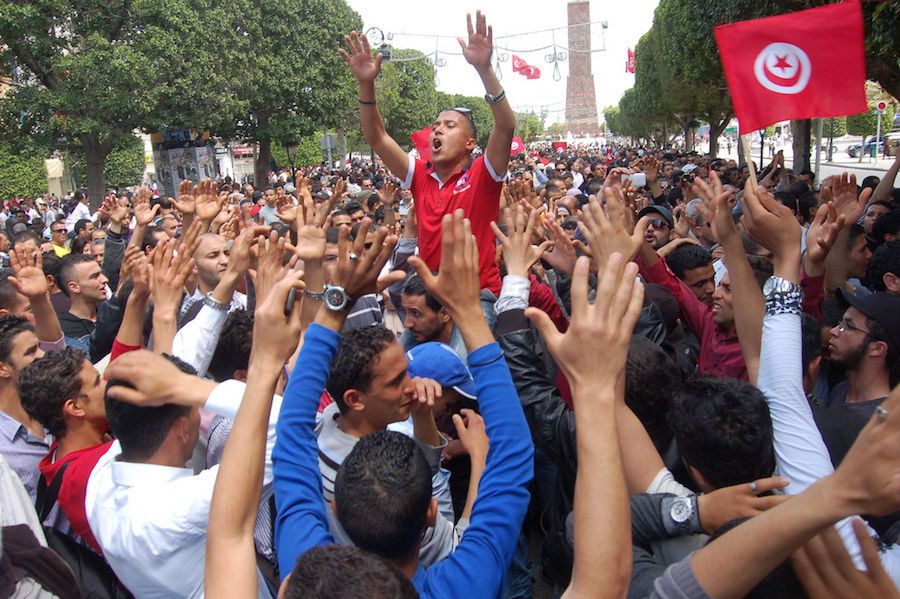 Mass protests challenging the government to focus on job-creation rather than on market liberalization and trade deals may carry a cautionary message to Western policy makers, too.

Protests that broke out this year in some 15 Tunisian governorates are a reminder of how little has changed since the revolution that toppled long-time autocrat President Zine El Abidine Ben Ali in early 2011: The problem of mass unemployment, which fuelled the rebellion that set off the wider “Arab Spring”, has gone largely unaddressed, and like in many other countries, government policy remains focused on market liberalizations and trade agreements. The mass mobilization of civil society and the flourishing of grassroots movements remains an important hedge against the lure of violent extremism, but those movements — who carry Tunisia’s hopes for democracy and social stability — are demanding a radical reconsideration of the government’s supply-side orthodoxy in favour of an economic program focused on generating employment.

Five years after the Arab Spring, Tunisia is generally considered as the beacon of hope for the MENA (Middle East and North Africa) region. A new Constitution was adopted in January 2014; fair and transparent parliamentary and presidential elections were held between October and December 2014; and despite three terrorist attacks in 2015 and the ongoing security crackdown, the country is doing far better than its regional counterparts. Its prospects are clouded, however, by the social protests that erupted in late January 2016.


The uprising that overthrew Ben Ali began on December 17 of 2010, when Mohammed Bouazizi, a poor fruit-seller from the rural region of Sidi Bouzid, committed suicide by self-immolation in protest at police harassment. The same economic despair that prompted Bouazizi’s act and the rebellion it sparked drove this year’s protests. The revolution has changed little in the economic picture, particularly for the unemployed.

Despite the economic plight that fuelled the revolution, Tunisia’s growth pattern has scarcely been questioned or discussed by either the Tunisian authorities or the international development community since 2011. On the contrary, most of the development policies adopted over the last five years have tended to replicate the same economic thinking that characterised Tunisia’s last 30 years, focusing on standard supply-side policies in the field of development aimed at creating and enhancing a business-friendly environment, fostering private entrepreneurship and attracting foreign investment.

Both before and since the revolution, policy makers have largely avoided examining the productive structure of the economy, and its potential to generate enough decent jobs for the needs of the labor market. A low-productivity agriculture sector, an export-oriented manufacturing sector confined to the lower stages of the international value chains, and a service sector still concentrated on low value-added activities are, in fact, among the main causes of Tunisia’s daunting unemployment problem. According to the latest figures, the unemployment rate is 15 percent, with more than 30 percent of youth unemployment and a participation rate of less than 50 percent — a clear clue for the existence of a huge informal sector.

The agricultural sector represents 8 percent of the national GDP, still employing approximately 20 percent of the labour force. Problems of agricultural productivity in Tunisia are glaring, especially in the poorest governorates of the interior, which have historically suffered from a lack of infrastructure and productive investment, and from severe difficulties related to land ownership. Agriculture accounts for more than 10 percent of Tunisian exports, but that comprises olive oil, fruits and sea products, whereas the country is a net importer of cereals and processed food — with a considerably high net agricultural trade deficit.

Widespread disguised unemployment in agriculture and in the rural areas is also due to the weaknesses of the secondary sector. Tunisia is one the few MENA countries where the manufacturing sector has an important role in the economy, contributing for 18 percent of the GDP and employing about one fourth of the labour force. Tunisia’s manufacturing sector is also considered to be the most diversified of the region. Nevertheless, a more in-depth analysis may help understand why these activities have a limited job-creation potential.

Tunisia’s manufacturing has traditionally been export-oriented, and largely dependent on foreign capital. Half of the country’s manufacturing enterprises produce only for export, and two thirds of those are owned by foreign companies (mainly French and Italian) operating under the 1972 offshore regime that offers tax incentives and other benefits. Tunisian manufacturing is extensively based on assembly activities, and its value chains lack any backward and forward linkages, significantly undermining the sector’s development potential (and consequently its capacity to create job opportunities). The country imports machinery, mostly from the European Union, and exports low value-added goods (e.g. textiles, electronic and mechanic components) with a high level of imported content. There are very few possibilities for knowledge and technology transfer, while re-investment tends to be rather low, as huge profit reparation flows may suggest.

Recent studies in development economics suggest that service activities with a significant technological content and a high potential in terms of economies of scale could compensate for the deficiencies of the manufacturing sector, as globalization and worldwide competition make industrial policies and industrial development increasingly difficult. Nevertheless, the Tunisian service sector, despite representing 45 percent of the GDP, can hardly play this role at present, as it is generally dominated by activities related to export and foreign demand (e.g. logistics and mass tourism) and by petty and retail trade. ICT still accounts for a relatively small share of the economy and, thus, of employment.

Although the Arab Spring took many by surprise and revealed the failure of their analysis to grasp the significance of the profound social discontent behind the façade of macroeconomic stability, it has failed to prompt new economic thinking about addressing the MENA region’s needs. Many insisted on analysing the causes of the rebellion through their supply-side theoretical lens: A recurrent explanation of events from the international development community held that the economic problems that sparked the uprisings were somehow the results of constraints on a private sector viewed as hindered by a pervasive public sector and crony practices. Several international organizations and economists commented that the protests were the expression of a longing for free markets and a more dynamic economy that could unleash the high potential of the region. While Mohammed Bouazizi was made the symbol of a jobless and oppressed generation demanding freedom, democracy and a modern economic system, the concepts of employability and skill mismatch were broadly used to explain the high youth unemployment rates in the region, claiming that the young job seekers could not successfully allocate themselves in the labour market because their educational profiles do not correspond to what the MENA economies need.

Based on that analysis, two major changes have occurred concerning development aid and trade agreements. During the last five years, development aid to Tunisia has more than doubled from the pre-revolution years, reaching close to $1 billion per year in 2012. The country is part of the Deauville Partnership with Arab Countries in Transition - launched in May 2011 by the G8 countries, the EU, the main multilateral development banks, the GCC countries, Turkey and some MENA countries - which mobilised important financial resources to development initiatives for job creation and inclusive growth through strengthening governance. While claiming to prioritize generating employment, these development policies have continued to follow a supply-side approach, focusing on reforms to the business environment (e.g. the adoption of a new investment code to attract FDIs), but paying very little attention to issues concerning the diversification of the economy, the quality of private and foreign investment and its capacity to pave the way for higher value added activities.

In April 2016, negotiations started between Tunisia and the European Union on the Deep and Comprehensive Free Trade Agreement (DCFTA or ALECA in French) for the liberalization of trade in agricultural goods and services (trade in manufacturing was liberalized between 1995 and 2008 under the Association Agreement). In the aftermath of the Arab Spring, the European Union invited Egypt, Jordan, Morocco and Tunisia to negotiate DCFTAs, in a similar vein with what it was doing with its Eastern partners. DCFTAs are a sort of second-generation free trade agreements that deepen the Association Agreements with the EU by harmonising standards and liberalising services, investment and public procurement.

Like the TTIP currently under negotiation between the EU and the US, these free trade agreements are expected by their proponents to build a more conducive business environment and create new market access opportunities at the mutual benefit of both parties. However, the experience of NAFTA and of other multi-/bilateral free trade agreements rather teaches us that market liberalization tends to penalize the weaker economic partners and most vulnerable categories, while the advantages it generates are rarely equally distributed.

In the case of Tunisia, DCFTA negotiators seem to ignore that economic exchanges between Tunisia and the European Union (its main economic partner) are already intense, and that the former’s main need at the moment is to strengthen its productive structure and orienting it towards sectors and economic activities that could make it less dependent on foreign investors’ agenda.

Many Tunisians are not passively waiting for change. Demonstrations continue demanding that the government honor the promises of the 2011 revolution, particularly in the form of job creation —

especially in the marginalized rural hinterland where the protests originated. As many experts have emphasised over the past years, it is not a coincidence that most of the young Tunisians joining Islamist militias come from the rural and urban peripheries of the country. On the other side, the increasing mobilization of civil society and the flourishing of grassroots movements trying to raise awareness of the dire conditions of these areas is undoubtedly a positive and noteworthy phenomenon of the past five years.

The political reaction towards the recent job protests has been worryingly inadequate and repressive. The authorities argue that Tunisia’s present priority is security from the terrorist threat and that social issues are subordinated to the country’s stability, which is in turn crucial to encourage private investment and attract FDIs.

What’s missing is the radical rethink of economic policy to prioritize job creation, rather than assuming the market will take care of the problem if investment promotion is successful. Policymakers need to urgently address Tunisia’s productive structure and relations with the foreign sector, because long-term stability in Tunisia requires a developmental state with a clear strategy to pursue goals of growth and development. The Arab Spring was not only a challenge to decades of autocracy; it was also a challenge to policy makers to embrace new economic thinking.

* The views expressed here are solely those of the author in her private capacity. 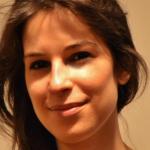