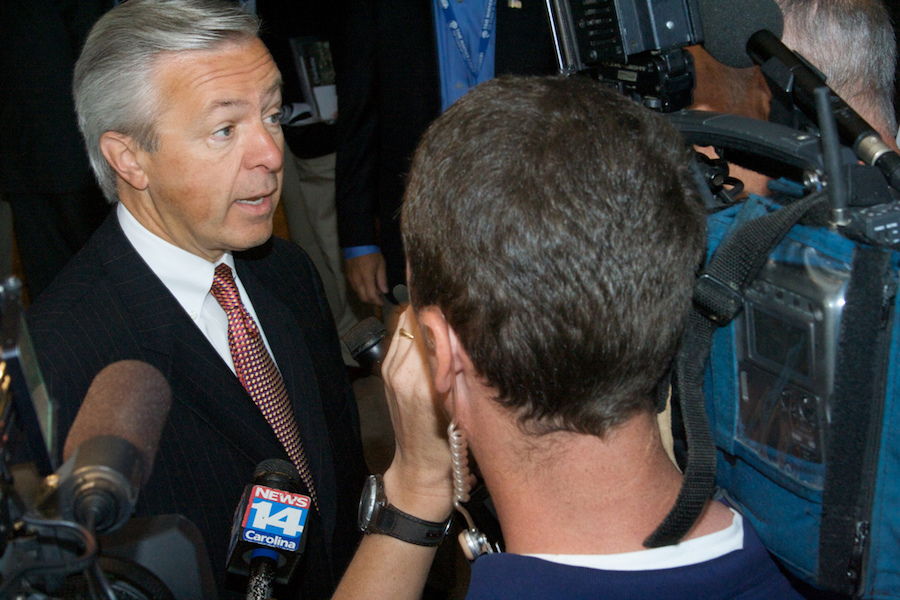 Justice requires that the media, policy makers, and the public understand why corporations engage in misconduct and fraud

Just about everyone wants to hold Wells Fargo accountable for a scheme in which sales quotas drove employees to set up phony credit card and bank accounts without customer knowledge. A Donald Trump advisor declared the behavior “stupid” and “greedy,” while Hillary Clinton proposes to make it easier for consumers to take companies to court for such behavior. So far, over 5,000 regular workers have been fired at Wells Fargo, and the Consumer Financial Protection Bureau has fined the bank $185 million. “Hold Wells Fargo Accountable” even has its own Facebook page.

Will it make any difference? Not much, warns William Lazonick, a leading expert on American corporations and co-author of a new study on CEO pay sponsored by the Institute for New Economic Thinking. Until critics truly understand why companies have strong incentives to create such schemes in the first place, they will go on doing so, hurting workers, customers, and taxpayers. The entire economy will be dragged down and economic inequality will continue to rise.

As Lazonick explains, the Wells Fargo cross-selling scandal and other scams that ripple across the headlines are born in a business culture in which executives are focused on jacking up stock prices in the short term so that they can cash in on stock options and awards. As long as this continues, the urge to cheat will be too tempting for most to resist.

When a company does a stock buyback, it purchases its own outstanding shares, a financial trick that reduces the number of shares on the open market and boosts the price per share. As Lazonick points out, the 449 companies in the S&P 500 index that were publicly listed from 2003 through 2012 used over half their earnings to buy back their own stock, almost all through purchases on the open market. Buybacks continue apace.

When companies do this, profits that could have been used to develop new products, pay workers fairly, and invest in the long-term health of the firm are diverted to prop up share prices. Executives love buybacks, because they often get paid in stock-based instruments. They can time stock price-boosting activity and cash in at the optimal moment to line their pockets.

Before 1982, the Securities and Exchange Commission (SEC) considered stock buybacks to be a potentially unlawful form of stock price manipulation. But that year, under the sway of Reagan-era enthusiasm for unfettered markets, the SEC loosened its rules. This change, plus a shift toward stock-based compensation for top executives, has exacerbated economic inequality by pushing pay at the top into the stratosphere while shortchanging workers. Instead of growing companies in the long term and paying workers what they deserve, executives have focused on boosting stock prices in the short term for their own benefit. Stock buybacks drain trillions of dollars from the real economy and produce nothing of value.

As long as companies are incentivized to boost stock prices in the short term, executives will be tempted to do that by any means necessary. The problem is not just buybacks, Lazonick emphasizes. They will also engage in all sorts of misconduct and even outright fraud, whether it’s Wells Fargo setting up fake credit card accounts or pharmaceutical firms resorting to price gouging, as Mylan has done with its EpiPen.

Lazonick points out that even the most vocal critics of such shady business practices often don’t understand what’s behind them. “When Mylan raises the EpiPen price,” he explains, “they use a million phony arguments to justify why they are doing it, but the truth is that they are doing it to boost the stock price so that executives can gain.”

Simply stopping a particular shady activity will not solve the problem, says Lazonick. As long as the incentives for stock price manipulation are there, companies caught in one scam will just move onto another. “It’s totally corrupting,” he observes. “There may be some ethical constraints going on in some companies, but the scams still continue. Price gouging has been going on in pharmaceutical companies for thirty years. No one should be surprised about Mylan. Or the next Mylan.”

Lazonick notes that even if an executive doesn’t want to engage in unethical behavior to boost stock prices, the pressure to do so from, say, an activist investor may be too great. Her job may depend on it. “CEOs who resist may be gone pretty quickly,” he notes.

Big fines, clawbacks, and withholding executive pay may sound great in terms of punishing wrongdoing, but they don’t mean much when they are based on fiction.

The Wells Fargo board announced that CEO John Stumpf would lose unvested stock awards and would not be paid his annual salary while the investigation into the cross-selling scam was going on. But how much does he actually get paid? How much are his stock awards really worth?

Turns out, hardly anybody really knows.

Lazonick’s research with Matt Hopkins shows that for decades, corporate executives have been making far more money than anybody reports, because the metric used to estimate what they take home is wrong.

When people talk about how much a CEO like Stumpf makes, they are usually basing the number on something called ” estimated fair value” (EFV) of his or her stock options and stock awards. But that doesn’t represent what Stumpf puts in his bank account and reports on his tax return. In the case of stock options, that estimate derives from a celebrated economic theorem, often referred to as the “Black-Scholes” model after the two economists who formulated it. But the real numbers require looking at “actual realized gains” (ARG) — that’s how much stock-based pay is worth at the time executives actually cash in.

When you use the EFV metric, Stumpf’s compensation numbers from 2006-2015, for example, add up to add up to $179 million. That’s a lot of money, to be sure, but if you use the correct ARG numbers, you see that Stumpf’s taxable, take-home pay for those years was actually $259 million. That’s 1.45 times more than the vast majority of reports indicate.

Even the most progressive organizations have been incorrectly stating CEO pay, says Lazonick. The AFL-CIO, for example, has long decried a ratio of CEO-to-average-worker pay of about 350:1. The actual figure, according to Lazonick’s research, is more like 700:1. He warns that people need to realize that they have been given false information.

Reporters and others who are questioning executives on these things just quote the wrong numbers. The executives must be laughing all the way to the bank. The ones who are doing all the buybacks and the price gouging and the scams to get their stock prices up are the same ones for whom the actual realized gains are far out-pacing this phony metric of estimated fair value. The public is being mislead.

The actual numbers that determine what executives take home reflect stock price volatility — the kind of volatility that happens, for example, when a buyback or cross-selling scam jacks up the price.

No wonder executives are happy that nobody understands it. There’s no accountability if there’s faulty accounting.

Lazonick and his colleagues were surprised when they found out how far off reported estimates of actual CEO pay have been:

Once we really took a deep dive into how to estimate executive compensation, we realized how complicated it is to understand. We knew there was a problem of measurement, but we didn’t know how systemic it was or the extent of it. The reality is astonishing.

Lazonick points out that while understanding the CEO pay numbers is important, even more important is realizing what’s driving those numbers. Executives engage in stock price manipulations schemes because they expect to time the market and take home giant piles of money when those prices rise temporarily.

Stock buybacks that shortchange workers and scams that defraud customers drive the numbers. They fatten the banks accounts of executives and leave everyone else high and dry.

It would be helpful, of course, if regulators would catch misconduct and fraudulent activity earlier, but ultimately, says Lazonick, the solution must come from taking on the corrupt culture of self-centered stock manipulation behind these activities.

The fix, he says, is a relatively simple one.

The rule that was changed in 1982 has become a big problem. The SEC should not allow stock buybacks that encourage corporate executives to benefit from stock-price manipulation and to engage in unethical behavior. It’s time that we recognize how corrupting to business and how damaging to our economy this has become.