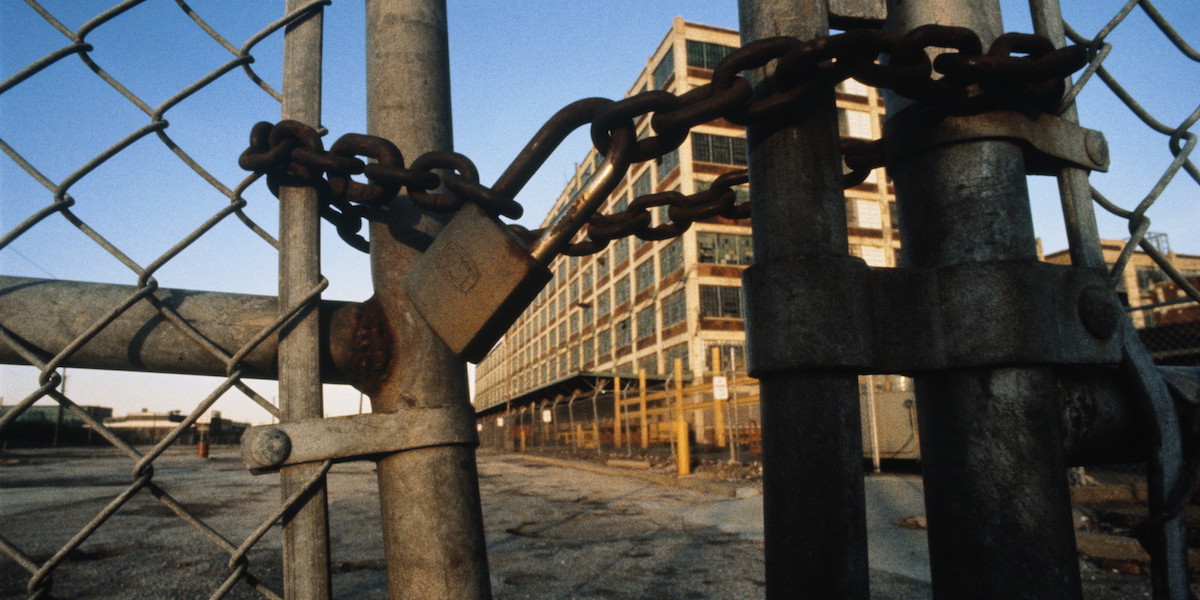 The Great Financial Crisis of 2008 deeply scarred the U.S. economy, bringing nine dire years of economic stagnation, high and rising inequalities in income and wealth, steep levels of indebtedness, and mounting uncertainty about jobs and incomes. Big parts of the U.S. were hit by elevated rates of depression, drug addiction and ‘deaths of despair’ (Case and Deaton 2017), as ‘good jobs’ (often in factories and including pension benefits and health care coverage) leading to careers, were destroyed and replaced by insecure, freelance, or precarious ‘gigs’. All this is evidence that the U.S. is becoming a dual economy—two countries, each with vastly different resources, expectations and potentials, as America’s middle class vanishes (Temin 2015, 2017). The anger and despair crystalized into a ‘groundswell of discontent’ among those left behind, which likely helped to propel Donald Trump into the White House on the promise of ‘making America great again’.

The task looks Herculean because, as most economists would argue, the U.S. is riding on a slow-moving turtle and there is little politicians can do about it. This view is founded on the evidence of a secular decline in aggregate total-factor-productivity (TFP) growth—a widely used indicator of technological progress, fondly known as and measured by the ‘Solow residual’. Dwindling TFP growth, which is in this view taken to reflect a general malaise in exogenous ‘technology-push’ innovation, reduces the rate of growth of potential U.S. output—this is the slow-moving turtle. Potential growth is exogenous if one assumes, as is commonly done, that the alarming crisis of U.S. productivity growth crisis is exclusively due to supply-side factors such as excessive (labor market) regulation, undue business taxes, an insufficiently skilled labor force, and too little competition (also from abroad). Demand does not matter in the long run and hence the TFP growth crisis cannot be lastingly cured by fiscal stimulus (as Trump seems to propose), higher real wages, or a restructuring of the private debt overhang. In this view, because demand is side-lined, rising inequality, growing polarization and the vanishing middle class play no role whatsoever as drivers of slow potential growth. They simply drop out of the story. I think this is wrong.

The U.S. economy is suffering from two interrelated diseases: the secular stagnation of its potential growth, and the polarization of jobs and incomes. The two disorders have a common root in the demand shortfall, originating from the ‘unbalanced’ growth between technologically ‘dynamic’ and ‘stagnant’ sectors, which—crucially—is bringing down potential growth. To understand how the short-run demand shortfall carries over into the long run, we must first rethink the Solow residual, which economic textbooks define as the best available measure of the underlying pace of exogenous innovation and Hicks-neutral technological change (Furman 2015). But it can be shown, using national-income accounting, that there is no such thing as a Solow residual, because it must equal—as a matter of accounting identity—either ‘weighted-factor-payments’ growth or ‘weighted-factor-productivities’ growth. My empirical analysis using BEA data for the period 1948-2015 shows that this is the case, bringing out that the secular decline in aggregate U.S. TFP growth is due primarily to secular declines in aggregate real wage growth and aggregate labor productivity growth.

The question is what causes these. I argue in a new working paper that on both theoretical and empirical grounds that the suppression of U.S. real wage growth—what Alan Greenspan called the “atypical restraint on compensation increases [that] has been evident for a few years now and appears to be mainly the consequence of greater worker insecurity”—has been the main driver of faltering labor productivity growth and hence of TFP growth as well. This influence of wage growth on productivity growth can be alternatively explained as ‘induced technical change’, ‘Marx-biased technical change’, or ‘directed technical change’—but the key mechanism is just this: rising real wages, as during the period 1948-1972, provide an incentive for firms to invest in labor-saving machinery and productivity growth will surge as a result; but when labor is cheap, as during most of the period 1972-2015, businesses have little incentive to invest in the modernization of their capital stock and productivity growth falters as a consequence (Storm and Naastepad 2012). Globalization enabled the establishment of this low-wage-growth regime, in combination with domestic labor market deregulation and de-unionization. Financial globalization, in addition, enabled the rich to have their cake (profits) and eat it (by channeling them to offshore tax havens or into derivative financial instruments). In this way, trade and financial globalization have been essential building blocks of the dual economy (Temin 2017).

But the story so far is by no means complete. My growth accounting analysis for the U.S. economy during 1948-2015 shows that the slowdown in aggregate productivity growth is hiding from view a growing divergence in productivity performance and technological zing between a ‘dynamic’ sector (which includes ‘Manufacturing’, ‘Information’, FIRE and ‘Professional Business Services’) and a ‘stagnant’ sector (which includes ‘Utilities & Construction’, ‘Educational, Health & Private Social Services’ and the ‘Rest’, made up of fast-food services, arts & entertainment, recreational and other services).

The growing segmentation suggests a Baumol-like pattern of ‘unbalanced growth’ between a technologically ‘dynamic’ sector, which is shedding jobs and workers, and a ‘stagnant’ and ‘survivalist’ sector which acts as an ‘employer of last resort’. The growing segmentation between these sectors leads to a structural shortfall of aggregate demand, as workers shift from higher-paid dynamic to lower-paid stagnant activities, and this employment shift depresses labor productivity and real wage growth in stagnant activities. Demand growth, when lowered over a long enough period of time, starts to depress dynamic-sector productivity growth as well, hence aggregate potential growth comes down. Unbalanced growth causes premature stagnation.

Following this logic, the intentional creation of a structurally low-wage-growth economy, post 1980, has not just kept inflation and interest rates low and led to workers ‘traumatized by job insecurity’ (in Greenspan’s words) accepting ‘mediocre jobs’ in the stagnant sector—it has also slowed down capital deepening, the further division of labor, and the rate of labor-saving technical progress in the dynamic core. Hence, through the well-known Kaldor-Verdoorn effect, productivity growth in the dynamic sector has been depressed as well (see Basu & Foley 2013 for evidence for the U.S. on this relation). Household loans and corporate debt, obtained at low interest rates, helped to keep up autonomous demand growth during 1995-2008 and thereby temporarily masked the fact that the U.S. economy was on a long-term downward trend. A second factor helping to hide the secular stagnation was the ‘technology push’ originating from the rapid advancement of ICT, AI and robotics—but (as I argue in the paper) the technological revolution reinforced the dual nature of the growth process, as it led to labor shedding by the dynamic sector, forced ‘surplus workers’ to find jobs in the stagnant sector and depressed productivity growth in the stagnant sector.

Fiscal and monetary policies were far from supporting a shift back to balanced growth—and helped turn the U.S. into a dual economy. As the gap between downward structural trends (and deepened dualism) and the debt-financed mass spending bubble became unsustainable, the façade of ‘The Great Moderation’ fell away: The structural problems could no longer stay hidden. I believe these mechanisms underlie both the secular stagnation and the dualization of U.S. economic growth. The U.S. economy may well be ‘riding on a slow-moving turtle’, but that is because its (monetary) policymakers and politicians have put it there. The secular stagnation is a consequence of ‘unbalanced growth’ and it signals a persistent failure of macroeconomic demand management.

Secular stagnation is not fate, however. To cure the U.S. economy from the two diseases of secular stagnation and the polarization of jobs and incomes, the demand shortfall, originating from technologically ‘unbalanced’ growth, has to be offset. This requires steering the economy closer to ‘balanced growth’ by a policy of coordinated macro-economic management and guidance, and by sufficient ‘countervailing power’ of workers vis-à-vis the powerful vested interests in the dynamic (FinTech) sector, which is needed to keep real wage growth in stagnant-sector activities close to real wage growth in dynamic-sector activities. Tellingly, the trade liberalization, labor market deregulation, and business tax reductions proposed by supply-side economists wanting to boost TFP growth (intended to raise potential growth) will backfire, as exactly these reforms will lock the U.S. economy into a path of ‘unbalanced growth’—thus further feeding the groundswell of popular discontent with unintended but potentially upsetting political consequences and risks.

Their mistake is to lopsidedly assume that potential output growth is determined by the inexorably exogenous factors of ‘technology’ and ‘demography’, while demand growth is simply irrelevant in the long run. It is high time to write off the intellectual sunk capital invested in this—mistaken—belief—if only because on present dualizing trends the U.S. economy cannot preserve its social and political legitimacy for long.

Furman, J. 2015. “Productivity growth in the advanced economies: the past, the present, and lessons for the future.” Remarks at Peterson Institute for International Economics, July 9.