Spain: The politics of austerity and deflation 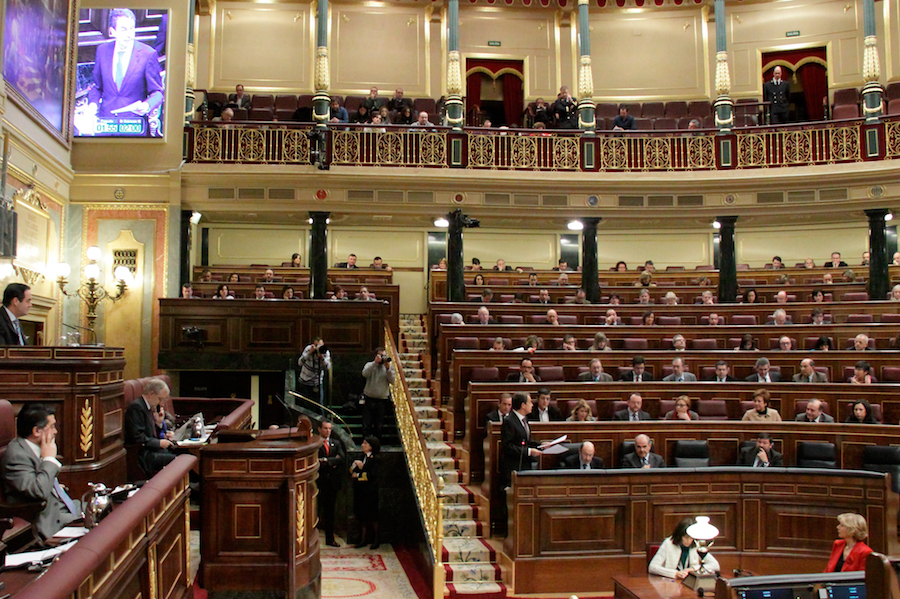 Spain’s June 26 parliamentary election has failed to resolve the political stalemate created by the election of December 2015, with no individual party able to muster a parliamentary majority or form a governing coalition. Political uncertainty is expected to continue in a context where the economy remains fragile, and is yet to fully recover from the impact of the financial crisis. Although overlooked amid the turmoil caused by the Brexit vote, it is important to understand the origins and characteristics of Spain’s current political deadlock, because it provides a window into the broader impact of austerity and deflation on Europe’s political and economic stability.

The breakdown of the two-party system that has governed the country since the fall of the Franco dictatorship can only be understood in the context of Spain’s lost decade. A full nine years into the crisis, the GDP of the fourth largest eurozone economy is yet to recover to its pre-crisis levels, and lacks a clear path to make up for the lost ground [1]. Capital formation was decimated, leaving gross fixed capital in the country currently at 65% of pre-crisis levels[2]. Even though a large share of that figure was allocated to speculative real-estate investment, the current levels of capital formation are clearly insufficient to achieve any meaningful degree of structural transformation and sustained productivity growth[3]. Low levels of investment can, in turn, be understood in the context of deleveraging efforts by the private sector. Despite these efforts, debt levels of non-financial corporations and households remain considerably high, representing 152% and 72% of GDP, respectively[4]. In the meantime, public debt, which registered an increase of nearly 60 percent of GDP in the context of the crisis due to the combined impact of larger fiscal deficits and a costly bank bailout program, is expected to stabilize at its present level of 100% of GDP[5]. Overall, the sum of private and public debt in the country has continued to grow after the crisis and represents one of the highest debt burdens in the Euro area.

Despite efforts to portray the tepid acceleration of economic growth in Spain since late 2013 as a case of success of austerity and structural reform policies, the reality is quite different.

On the one hand, the economic expansion can be explained by an increase in domestic consumption coupled with a relaxation of fiscal policy that has left the country with the highest fiscal deficit in the eurozone. However, the reliance on domestic demand is creating strains on the external balances of the country, as its international investment position continues to worsen, creating doubts over the sustainability of this pattern of growth [6].

On the other hand, few of the benefits of this uptick in growth have found their way to the average citizen. Since the crisis began, more than 3 million permanents jobs were lost and more than 5 million people remain unemployed, with unemployment rates expected to remain stuck at levels of close to 20% in the near future [7]. More than 600,000 families have lost their homes during the same period, while the country holds nearly 30% of the stock of empty houses in Europe[8]. Furthermore, in a context where wage deflation has become the main tool to promote competitiveness, average wages have contracted 22%. Low-income households have been hit the hardest, with incomes of the poorest 10% of the population dropping by 13% per year since the beginning of the crisis[9]. These developments help to explain why Spain has registered the largest increase in inequality among OECD countries in recent years.

It’s easy to understand, then, why the support for the traditional parties, the conservative PP and the socialists PSOE, has declined. Their combined share of the total vote dropped from 73% in the elections of 2011, to 50% in 2015. They have lost ground to Podemos, a leftist party born of the Indignados movement of 2011, and Ciudadanos, a conservative party created as an alternative to the PP, some of whose senior leaders have been implicated in corruption scandals. Though last year was the first time either party had ever entered parliamentary elections, Podemos and Ciudadanos managed to obtain 6.1 and 3.5 million votes respectively, leading to the current political deadlock. The resulting fragmentation of the political spectrum in Spain can be understood as a rejection by voters of austerity policies pursued since the beginning of the crisis, first by PSOE and then by the PP. In a way, this dynamic follows a similar pattern to that observed in the UK’s Brexit vote, where the anger and anxiety of disenfranchised voters are key to understand the changing the political landscape of the country [10].

The latest elections did little to break Spain’s political stalemate, as no party was able to achieve the 176 parliamentary seats required for an absolute majority. To understand these results and their implications, it’s useful to make a comparison of voter turnout along broad ideological lines between PP and Ciudadanos, on the one hand, and that of PSOE and Podemos on the other over the last couple of elections.

In the case of the first group, the PP managed to increase its number of parliamentary seats from 123 to 137 with a net increase of 690 thousand votes, consolidating itself as the largest political force in the country. Ciudadanos lost 390 thousand votes, its parliamentary presence falling from 40 to 32 seats. The ideological proximity between both parties and their voter base indicates that these results could be explained by a migration of vote from Ciudadanos to the PP.

In the case of the second group, PSOE lost 120 thousand votes between elections, reducing its number of parliamentary seats from 90 to 85. This outcome, which allowed the party to remain as the second largest political force in the country, actually represents its worst performance in modern history. It is only being touted as a success by the media in Spain and elsewhere in the context of the more spectacular and unexpected collapse of Podemos. Despite its impressive showing in 2015, Podemos managed to lose 1.1 million votes in just 6 months. This result is even more striking when one takes account of the electoral alliance between Podemos and the more radical Izquierda Unida, which had been expected to help them push the PSOE into third place.

The key factor in understanding the latest election outcome is the collapse of the vote for Podemos. Unlike what happened between Cs and the PP, the voters of Podemos didn’t flock to PSOE. In attempting to account for these results, it’s possible to venture two related hypotheses: First, it’s unlikely that the campaign that aimed at portraying Podemos as a radical and ultimately unreliable option, for example by constantly linking the party to Venezuela, had a significant impact on voter turnout. If this had been the case, the logical outcome would have been an increase in the votes of PSOE in a replay of the dynamic between Ciudadanos and the PP. However, as previously pointed out, the voter turnout decreased for both Podemos and PSOE. Second, the most plausible explanation for the collapse in the Podemos vote is that the most radical supporters of the party had stayed at home on election day, as the expected outcome of forming a government with the PSOE would have meant keeping the status quo. As the core base of Podemos became exposed to politics for the first time as part of the Indignados movement in 2011, it’s simple to understand why this would seem a rather unattractive option.

In this context, the overall results have strengthened the position of Mariano Rajoy, Prime Minister and leader of the PP. As both PSOE and Ciudadanos have made it clear that any type of understanding with the PP requires Rajoy to step down as Prime Minister, it remains unclear how a majority government can be formed. However, it’s also unlikely that the country will head to a third round of elections. As the uncertainty of the fallout from the Brexit vote increases and the potential ramifications for an independence bid by Catalonia materialize, so will the pressure on the rest of the parties to at least abstain and allow the formation of a weak minority government led by the PP in order to preserve a semblance of stability.

Majority or not, the next government will have an extremely difficult time providing that stability. After years of overshooting its deficit target, the country is currently under an enormous pressure from both the EU Commission and the ECB to accelerate the pace of fiscal consolidation. If recent patterns hold, approval of further cuts and structural reforms targeting the labor market and pension system (a euphemism for further wage compression and pension cuts) will make it extremely difficult for the next government to remain in power until the end of its term. Thus, sustained political uncertainty will continue to compound the underlying problems of the Spanish economy. As the country marches down the road of deflation and political fragmentation, the still fresh memories of the Franco dictatorship have shielded the country from the rise of extreme right wing parties observed in other Euro area countries. In the current European context, that’s as good as it can get. 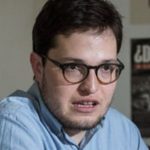