Secular stagnation, bubbles and the legacy of the contraceptive pill

By Coen Teulings and Jason Lu

Oral contraception created a population that, today, is disproportionately inclined to save, resulting in low to negative real interest rates. Excess eurozone savings can only be accomodated by raising sovereign debt levels

In a new CEPR Policy Insight, we argue that due to demography, there are good reasons to expect real interest rates to remain low or negative for the next 15 years, in particular in the Eurozone (Lu and Teulings 2016). Figure 1 shows the age pyramids for the four largest economies in 2014.

Figure 2 Savings and the life cycle The demographic imbalance described above has important implications for the FERIR. Consider the life cycle model of savings and consumption. People initially borrow to finance their education; next they enter the labour force and begin saving, at first to repay this loan and then to save for retirement; finally they deplete these savings during retirement. For this reason, the desired stock of assets is at its maximum just before retirement. The current demographic profile, with large cohorts approaching retirement, means that the population is disproportionately biased towards saving.  As the large cohort desires to hold a large stock of savings, there is a surplus of savings. At the same time, the absorbers of savings – the young cohorts who borrow to finance their education – are in short supply. This implies that the real interest rate will be low, in fact even negative. Figure 3 shows our calculation for the response of the real interest rate to the sudden decline in fertility. This presumes each individual to live for 75 years, where they begin working at age 20 and retire at age 65. Women give birth between the ages of 18 and 28. Consistent with the data for Germany, the fertility rate falls from 2.5 to 1.4 around 1970. We account for 1% TFP growth. Following the shock, there is a transition period of many decades where the real interest adjusts from the initial level of 2% to the terminal level of -0.5%; both values are consistent with the Golden Rule, where the growth rate of the economy is equal to the return to capital.

Demography implies that our current situation of negative interest rates will persist for another 15 to 20 years. This period of excess savings may lead to bubbles, which arise to provide an additional store of value when assets are relatively scarce. Bubbles can lead to financial instability, however, hence it is an imperfect solution to the problem of excess savings. Sovereign debt should increase to avoid bubbles as sovereign debt is a substitute asset to bubbles, but in Europe this runs counter to the Stability Pact. In this regard, we should look to Japan’s economic experience since the early 1990s. As Figure 1 shows, the demography of Japan leads that of Europe by 15 years. Likewise, we see that Japan’s real interest rate has been low since 1990. After the collapse of its real estate bubble in 1990, Japan could only cope with its excess savings by increasing its sovereign debt. For the same reason, one would expect the Eurozone to be forced to raise its sovereign debt level so as to accommodate these savings.

Authors’ note: See our CEPR Policy Insight No. 86 piece for a further discussion of these issues.

This piece was first published by Voxeu.org

Lu, J and C Teulings (2016), “Secular stagnation, bubbles, fiscal policy, and the introduction of the pill”, CEPR Policy Insight No 86. 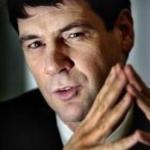