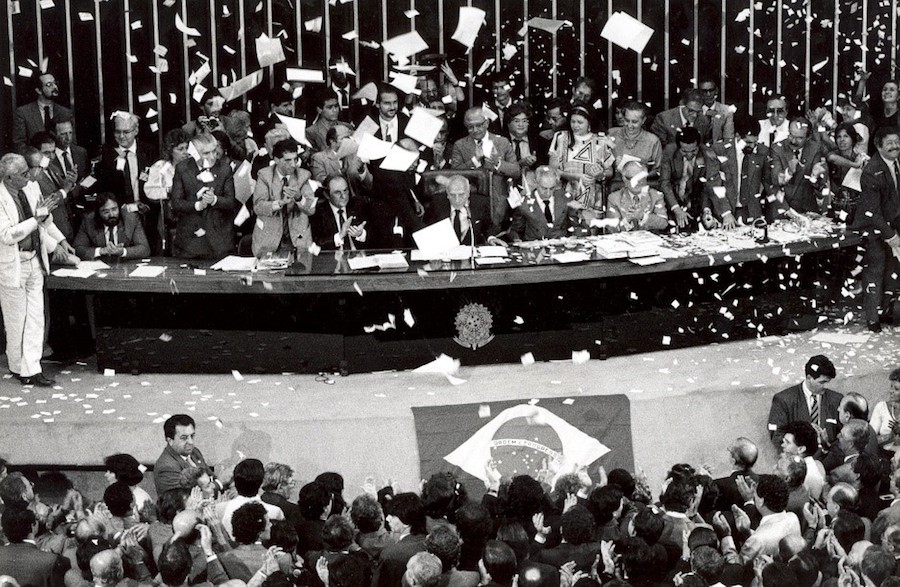 The reaction to repressive political conditions that prevailed in Brazil during the 1970s helped to produce a commitment to diversity and tolerance among Brazilian economists.

Science grows and evolves through theories, models, laboratories, field research and large databases, but also, crucially, through the conventions, pacts, and compromises that scientists, as members of social communities, establish to organize their own professional lives. Sociologists of scientific knowledge have made this point many times over, but even if their studies have given us fascinating examples of how social interactions within scientific communities influence their research outcomes, it is still difficult for us to envisage how this may affect the everyday workings of contemporary science. Take, for instance, a paper on behavioral finance published in the American Economic Review by a scholar from the MIT: do we stop to ponder the gender composition of the behavioral finance community, the peer review practices followed by AER, or the hiring procedures at MIT before interpreting the paper’s results? Most people probably do not.

The Brazilian economics community offers an interesting case study because its roots remain quite visible. Although many self-trained economists, coming from different intellectual perspectives, have made important contributions throughout the 19th and early 20th centuries, the field has existed as a stable academic discipline in the country for only about 50 years. Moreover, training and research in economics as practiced in Brazil stands apart from most other cases worldwide due to one remarkable feature: pluralism. In the country’s top-level economics departments, we find scholars working in a wide array of theoretical traditions: neoclassical, post-Keynesian, evolutionary, Marxian, institutionalist, structuralist, and Sraffian, to name just a few. The same diversity is also reflected in Brazilian journals, awards, research grants, and other important symbols of academic prestige.

Pluralism, however, is not simply a fact of life in Brazilian economics. It is rather a value shared by a large part of the scientific community, a commitment to diversity and tolerance that is enshrined, for instance, in the directives issued by the Ministry of Education for regulating undergraduate programs in economics. These norms require observance of “methodological pluralism, in consonance with the plural character of economic science, comprising diverse paradigms and currents of thought.” In our on-going research project, we have tried to uncover the process that led to the emergence of this pluralistic consensus.

Graduate training in the field of economics made its late start in Brazil during the late-1960s, with the creation of the first Masters programs at the Getúlio Vargas Foundation in Rio de Janeiro, the University of São Paulo, and the federal universities of Minas Gerais and Pernambuco. These took place within the context of an ample educational reform promoted by the military government that had taken power after a coup d’état in 1964. The creation of the new research institutions was backed and partially funded by the US government under the umbrella of USAID initiatives. Perhaps more importantly, they were also funded and closely monitored by the Ford Foundation, which established a large operation for the advancement of the social sciences in Brazil (and other Latin American countries).

The project was framed as one of ‘modernization,’ which meant the adoption both of institutional forms and academic standards prevailing in the United States. In an important episode that took place in 1966, representatives from the Ford Foundation met with some of the most eminent Brazilian economists in a mountain resort in Itaipava to discuss the state of college education in the field. They concurred in classifying the situation as calamitous, and defined a program of action for the years to come. The goal was to make Brazilian economics more ‘modern’ through closer cooperation and academic exchange with US universities.

Between the late 1960s and early 1970s, several graduate programs in economics were created in Brazil following this pattern. Moreover, a national association (ANPEC) was also founded with the purpose of coordinating interaction among the fledgling research centers. These programs now rank among the most prestigious in the country, and ANPEC remains to this day the main source of academic legitimacy in the field. A scientific community had been thus created.

The Ford Foundation and the military government

The Ford Foundation tutored the new, ‘modern’ Brazilian centers for advanced training and research in economics through their early years. In so doing, it came in close contact with the machinery of the military government, also strongly invested in the task. The Foundation prided itself in fostering the development of training and research that was ‘policy-relevant,’ that is, which could serve to address the concrete problems that affected an underdeveloped society such as Brazil. Given the political context prevailing in the country, however, the question soon emerged: was not the support offered to policy-oriented research tantamount to collaborating, at least indirectly, with an increasingly authoritarian and repressive regime?

Since the Foundation was also present in other countries ruled by dictatorial regimes at the time, the issue received much consideration at both the NY headquarters and the Brazilian office. In the case of Brazil, there prevailed a pragmatic attitude. It was agreed that not all authoritarian regimes were equally atrocious, thus when deciding whether to sustain its involvement, the Foundation should weigh the ‘abhorrent practices’ some of these governments indulged in against the potential benefits accruing to their societies from the sponsored initiatives. When this exercise in cost-benefit analysis was applied to Brazil, Ford found the balance to be on the positive side.

One of the elements enumerated by Ford personnel as a potential benefit arising from its involvement with dictatorships was “the survival of a critical spirit or some pluralism.” The nature of the Brazilian regime during the early 1970s, however, soon made it clear that the obstacles were considerable. Accordingly, the Foundation gradually shifted the emphasis away from the policy-relevance of its programs towards their role in securing spaces for the ‘free interplay of ideas.’ As discussions about politics and policy faded from society, the Foundation sought to create an environment where the economic problems of the country could be openly and critically debated.

In this, there was strong local support. The local community of economists, now organized around the recently created national association, embraced the agenda of pluralism with conviction. While the original plan devised in Itaipava foresaw the creation of standardized graduate programs offering a core training in neoclassical economics, ANPEC took a decisive step in another direction during a crucial episode in 1973.

That year, the association agreed to accept as a member the program recently created at the University of Campinas, where the prevailing approaches to the study of economics were Marxism and structuralism along the lines advanced by the United Nations Economic Commission for Latin America and the Caribbean (CEPAL). This move prompted the withdrawal of the Getúlio Vargas Foundation – one of ANPEC’s most prestigious members, with close ties to the military government – after pleading “divergence of analytical orientation.” Ideological conflict thus threatened to destabilize the nascent community of Brazilian economists. The response came in the form of a conscious commitment to pluralism and tolerance as structuring academic values.

This commitment has proven to be long lasting. In 1978, Ford and ANPEC jointly celebrated their success in creating a “national community of economists,” which was further strengthened with the readmission of the Vargas Foundation the following year. With occasional ups and downs, the pact for pluralism has continued to be a hallmark of Brazilian economics ever since. As a pact, however, we are well advised to keep in mind that its survival depends on constant renewal and renegotiation. 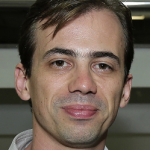