Of the difference between the historian and the filmmaker

Months ago, I got a message from a friend that was a swift and excited line: Errol Morris was writing a series of posts about science, even more remarkable about Thomas Kuhn. 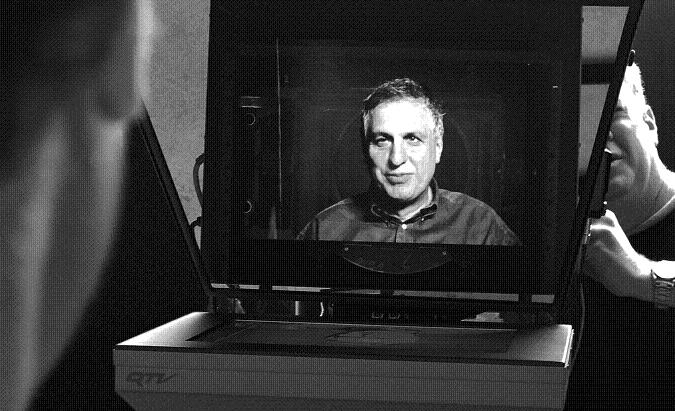 Morris is the director of two of the best documentaries I have seen: The Thin Blue Line and The Fog of War. The second is a masterpiece (textbook?) of documentary through oral history. Morris interviews Robert Strange McNamara, and in the latter’s voice and memories alone, tells us the story of foreign policy from the Second World War to the 1970s. Morris is the most empathic and subtle of all documentarists.

It was with giddy excitement that I turned to the New York Times’s Opinionator. There I found a five part series: The Ashtray. It was not what I had hoped. No subtletly from Morris this time. The final words of the first piece, tell all:

I call Kuhn’s reply “The Ashtray Argument.” If someone says something you don’t like, you throw something at him. Preferably something large, heavy, and with sharp edges. Perhaps we were engaged in a debate on the nature of language, meaning and truth. But maybe we just wanted to kill each other.
The end result was that Kuhn threw me out of Princeton. He had the power to do it, and he did it. God only knows what I might have said in my second or third year. At the time, I felt that he had destroyed my life.

(Mental note: never mess with a filmmaker. In film or print, he will go after you with extreme prejudice.) Morris really dislikes Kuhn: “I don’t believe there is such a thing as Kuhnian incommensurability, but I do believe there is such a thing as Kuhnian intolerance.” (in part 3); “Weinberg fails to drive the stake through the heart of the vampire” (part 5). And always the ashtray. In the final item of the series, Morris transcribes a conversation with Norton Wise, one of the greats in the history of science and who overlapped with Morris at Princeton’s History of Science group. But instead of discussing the ideas and the value of Kuhn for compelling history of science, of the Wise variety, he transcribes the bit about Kuhn’s compulsive, nay olympic, smoking. The pictures of cigarette butts, of ashtrays, of cigarette cartons are in today’s visual culture the tarring of the man. Kuhn had bad habits, of body and so thinks Morris, of mind.

The series is entertaining and remarkably visual for a blog item. It skips through accessible (i.e. easy) episodes in history, science and mass culture to claim that incomensurability (and with it Kuhn’s life project) is a baseless proposition, that 1. barriers of interpretation can be overcome, and without that possibility there would be no sense in history, and 2. that language however ambiguous and disputed does refer to an objective real world. What Morris is getting at is the possibility of understanding the other, enough to decode the meanings of the life world of Robert Strange McNamara even if Morris would never condone the subject’s role in history or would ever have the change to relive McNamara’s extraordinary life; and the possibility to be committed, when facing gross injustice, as in the case of the Thin Blue Line, to put discourse and punishment right. Kuhn’s work does not invalidate any of the above. Kuhn’s battle was to recast the uses and foci of history, away from ironing claims of intellectual bankrupcy and progress as seen from the present, a parlor game for scientists that like to read. Kuhn’s challenge was to leave your science education at the door, to forget you know the outcome. It was a message of liberation, a call for history to produce its own agenda, and to record the muddles, the great leaps and the great accidents, to listen to the lost historical subject. The hearing that Kuhn offered obsolete science he did not extend to Errol, the first year graduate student. For Kuhn it might have been easier to be charitable to the dead. Yet another aspect that separates Kuhn from Morris.