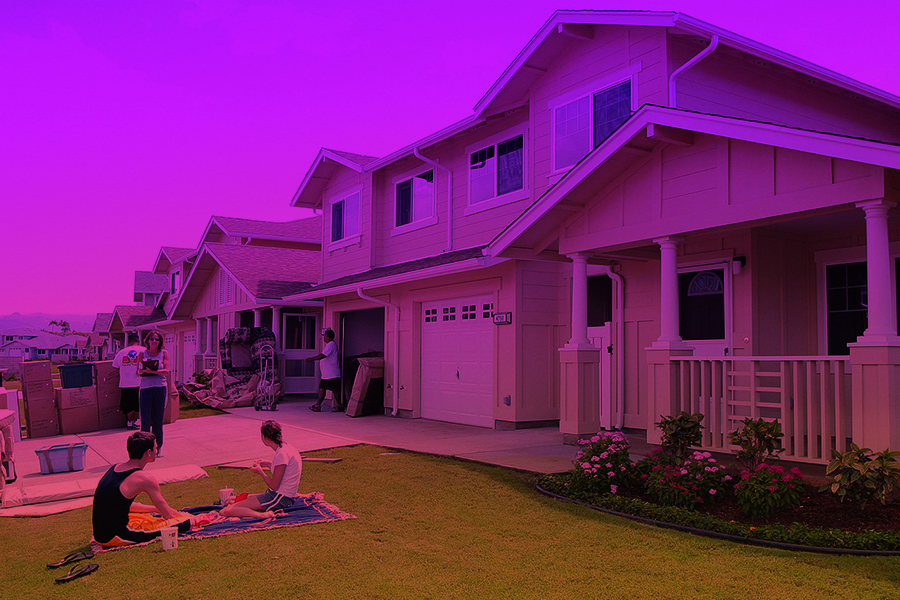 Black Americans have faced an obstacle course on the path to financial security throughout our nation’s history. Private actors have set up intricate roadblocks, while government officials have sat by and even lent a hand to the injustice.

Today it’s still happening, observes Jim Carr, the Coleman A. Young Endowed Chair and Professor in Urban Affairs at Wayne State University. The roadblocks are simply harder to see. This hidden injustice has to come out of the closet, he says, so that black people can finally enjoy equal access to the nation’s housing finance system.

If you were black in the 1950s, you might be barred from living in a certain neighborhood because of your skin color, even if you had the money. That meant no access to good schools for your kids, limited upward economic mobility, and, in many instances, no safety and security for your family.

Through decades of blatant and overt actions, housing discrimination has trapped millions in a socioeconomic purgatory with little way out.  In an earlier era, the federal housing agencies prohibited lending in black communities, deeming them to be high risk based only on the race of the residents. They even blocked lending to neighborhoods that became integrated.

That kind of in-your-face prejudice is much less frequent today, but it doesn’t mean that the socioeconomic purgatory for black people is over. Even when African Americans have diligently played by the rules and shown exemplary financial behavior, they may still be prevented from owning a nice house in a safe neighborhood, with quality schools — or owning any house at all.

Carr’s research shows that financial institutions deny credit or charge unfairly high interests rates and fees to black Americans wanting to buy a home every day. The discrimination isn’t spoken out loud: it happens below the radar on computer screens — programmed into technologies and practices used by financial firms to determine credit risk and loan pricing.

Carr warns that the problem is hurting individuals and families, undermining communities, and blowing up the racial wealth divide between people of color and non-Hispanic Whites to a level unseen since the 1960s.

The bias continues, he explains, thanks to government actions and negligent inaction that potentially bar thousands of black households from accessing mortgage credit or over-charges those who succeed at receiving a loan. Millions of Latinos face this same challenge.

In a report commissioned by the National Association of Real Estate Brokers, Carr and co-author Michela Zonta report that homeownership for black people right now is shockingly low — less than the national rate during the Great Depression, which stood around 43-44 percent. Back then, the crisis prompted the rapid creation of several federal agencies, including Fannie Mae and the Federal Housing Administration, to help Americans buy homes, promote economic mobility for families and build household wealth.

Yet today, blacks have a homeownership rate of just over 41 percent, about where it was for them in 1968. That was the year, ironically, of the Fair Housing Act, meant to eliminate discrimination from the housing market. Unfortunately, the law was designed with almost no enforcement capacity. The sad results can be seen today in continuing hyper-segregated black neighborhoods and a white homeownership rate that is 75 percent higher than that of black households.

Carr cites research by the Urban Institute that estimates that black homeownership will be even lower in 2030 than it is today without major changes within the housing finance system. He points out that the inability of blacks to purchase a home has lowered prospects for economic mobility, wealth accumulation, and intergenerational wealth transfer from parents to their children and grandchildren, resulting in a” vicious cycle of denial and inequality that seems to have no end point.”

As Carr sees it, this is turning into a national crisis.

Carr’s report points out that the financial crisis of 2007-8 was sparked by a housing market collapse rooted in racial discrimination.  While regulators sat asleep at the wheel, unethical lenders targeted millions of consumers, especially African Americans and Latinos, for predatory, high-cost, subprime loans. As a result, people of color disproportionately lost their homes to foreclosure.  Research demonstrates that millions of those loans were effectively designed to fail.

Now, lowered credit scores are disproportionately punishing the same people again —partly due to fraudulent subprime loans that should never have been allowed to begin with.

Collectively, African Americans lost more than half their household net worth, while Latinos lost two-thirds, according to the Pew Research Center. The housing recovery, such as it has been, has largely skipped them. In the wake of the Recession, giant financial firms got to access credit for free, but the people they exploited now get charged more for credit, if they can get a loan at all.

Carr highlights three processes in our broken home mortgage finance system that negatively and disproportionately impact African Americans and Latinos keep them from getting homes: Overly rigid underwriting standards, the use of outdated credit scoring models, and risk-based pricing of loans.

Urban Institute research shows that lender underwriting practices are unnecessarily rigid and estimates that more than 5 million loans could have been made since the start of the recovery if the more conservative standards employed in 2001 had been in use the past six years.  (The year 2001 is important: it precedes the flooding of the market with reckless, irresponsible subprime loans in the mid-2000s).

Then there are the scoring models that federal agencies require lenders to use, which are outdated, says Carr. The models were developed based on the creditworthiness of borrowers who had routine interactions with mainstream sources of credit like credit cards and other banking services, but fail to take into account the financial status of households in the post-Recession era.

As a result, scores do not fully access the credit risk level of people of color, who are less likely to have these mainstream sources of credit and more likely to have had experienced financial hits during the worst recession since the 1930s.

Let’s say Mary Smith, an African American, owns no credit cards but she pays her rent on time and keeps up with utility bills. Because utility bills and rent are not used in outdated credit scoring models, her timely payment of those services — which are much more important than payments on a credit card — will not give her a high credit score. Instead she gets a low score, or no score at all. The likelihood that she’ll be rejected for a home loan is greatly increased or even assured. “Having a credit card doesn’t mean you’re a good or bad credit risk,” Carr points out. “It just means you have a credit card.”

Low credit scores relegate black people to seeking home financing from a range of high-cost and predatory lenders who smell their distress and lack of access to affordable and safe credit like blood in the water. They come in for the kill with various lending schemes that can shred Mary’s financial security even further.

Are credit scores even necessary?  Carr notes that the greatest period of increasing homeownership and wealth in America was the 30 years following World War II, a period when there was no such thing as a mortgage credit score.  Today, he says that lenders use scores for their own convenience, but if those models are outdated, they can both automate and perpetuate discrimination.

In reality, Carr points out, there’s no reason for a yes or no on credit scores because the largest credit score providers have already developed more predictive scoring models than the current industry standard. Unfortunately, regulators do not require their use. Just as they were missing in action when the market was flooded with predatory subprime loans, financial regulators are again failing to ensure that African Americans and Latinos have the same access to mortgage credit as that enjoyed by white households.

Risk-based pricing models that incorporate outdated credit scoring models further undermine African American homeownership. These models assign the cost to access mortgage credit at an individual loan level; the lower your credit score, the more your loan will cost. Yet for the first 80 years of the modern federal housing finance system, all borrowers who qualified for government-backed loan paid roughly the same amount (a system known as average pricing).

Carr advocates average pricing instead of risk-based pricing. He points out that charging borrowers more based on their financial vulnerability simply penalizes African Americans and Latinos for the discrimination they have faced in the financial markets for the past century and that continues today. And risk-based pricing is particularly onerous where outdated credit scoring models are used to assess the cost.

Not only are borrowers required to pay more — the higher payments make those consumers more vulnerable to default on their loans.

Carr says the industry and government officials understand the unfairness of this system but demonstrate an unnerving lack of urgency to address it, citing excuses like the expense of updating computer systems — concerns Carr says are grossly overstated.

“When it comes to protecting civil rights,” says Carr, “no price ought to be too high.”

He notes that the basic infrastructure of the modern housing finance system has so much discrimination baked into it that it’s vulnerable to a class action “disparate impact” lawsuit that could include millions of borrowers. (“Disparate impact” means that a business policy or practice has, unnecessarily, negative impacts on protected populations).

Some national attitude surveys indicate that race relations are at their lowest point in America in more than two decades. Injustices like those Carr describes are part of the growing unrest.

Without needed reforms, says Carr, unfairness in the housing market will likely grow in its visibility and volatility. Just as repeated acts of police misconduct in African American neighborhoods have finally come to public attention, the anger and frustration over housing discrimination will eventually intensify to a point where it can no longer be ignored. He predicts that when the presidential election season is over, issues of race and equality in America will again fill the news headlines, and that may bring more attention to continued housing market injustice.

He recommends that the next administration immediately update credit scores and scrap risk-based pricing from any federal agency, particularly Freddie and Fannie. “Positive change toward a more just society is going to happen in America,” says Carr. “The question is how much additional and unnecessary suffering will need to be endured before sensible policies are enacted.”

One thing is clear: An integrated, prosperous, peaceful society can’t happen when millions of people are still living an American nightmare of racial injustice.