Jim Carr is the Coleman A. Young Endowed Chair and Professor in Urban Affairs at Wayne State University. He is also a Visiting Fellow with the Roosevelt Institute and a housing finance, banking and urban policy consultant. Previously, Jim served as Senior Fellow with the Center for American Progress and Visiting Scholar with the Opportunity Agenda. Prior to that he held the position of Chief Business Officer for the National Community Reinvestment Coalition where he managed minority- and women-owned business centers in Washington, DC, New York, NY, and Houston, TX that assisted their clients to access more than $1.8 billion in capital and $350 million in federal contracts during his tenure. Jim also held the position of Senior Vice President for Financial Innovation, Planning and Research for the Fannie Mae Foundation where he built one of the nation’s most prestigious housing and urban policy research centers that attracted subscribers for its research and policy publications from more than 30 countries. He also served as Assistant Director for Tax Policy and Federal Credit with the U.S. Senate Budget Committee and Research Assistant with the Rutgers University Center for Urban Policy Research.

Jim has further served as a Visiting Professor at Columbia University, Research Associate at the Center for Urban Policy Research at Rutgers University, and an Executive Committee Member of Americans for Financial Reform. Jim currently serves on the Boards of Directors of the Homeownership Preservation Foundation, Woodstock Institute, and Neighborhood Housing Services of Chicago. He also serves as an Advisory Committee Member for EquityKey Services, LLC. Jim has served on research or policy advisory boards at numerous colleges and universities, including Harvard University, University of California-Berkeley, and University of Pennsylvania. He is an Advisory Committee Member of the Federal Reserve Bank of San Francisco Center for Community Development Investments, an Advisory Board Member of the John Marshall Law School, and a Braintruster (blogger) for the Roosevelt Institute. Jim previously served on the Corporate Advisory Board of the Urban Financial Services Coalition and as an instructor for the Neighborhood Reinvestment Training Institute. Jim has also been an advisor to the Organization for Economic Cooperation and Development (OECD) Urban Affairs Project Group in Paris, France. Also, Jim has served as an international advisor on financial modernization and housing finance to China, Mexico, Turkey, and Colombia. Furthermore, he has served on Congressional delegations to South Africa and Ghana on housing and economic development.

Jim has testified on numerous occasions before the United States Congress on issues related to the economy, housing markets, financial system regulatory reform, and wealth disparities and economic mobility. He is particularly recognized for his knowledge about and leadership on the development of financial instruments and strategies to promote sustainable affordable home lending, inner-city community and economic development, and wealth creation for low-income households.  Jim has appeared on CNN, CNBC, Bloomberg, MSNBC, FOX News, PBS, and a variety of local news stations in Washington, DC and New York. He has been interviewed on Newsweek on Air, Bloomberg Radio, and National Public Radio. Jim has been quoted and his research cited in various major newspapers including the Washington Post, USA Today, New York Times, Wall Street Journal, Los Angeles Times, Associated Press, Reuters, and numerous additional media outlets. Jim’s speeches have been awarded top honors, including the “Best of the Best” award by the International Association of Business Communicators. Jim is the founder and former editor of the scholarly journal Housing Policy Debate (now published by Routledge) which, during Jim’s 18 years as editor, was routinely rated one of the nation’s premier urban studies research journals by the Institute for Scientific Information (ISI). He also served for more than a decade as editor of the peer-reviewed publication Journal of Housing Research. Jim’s recent books include Replicating Microfinance in the United States and Segregation: The Rising Costs for America.

Jim has earned numerous professional and academic honors and awards. He served as a Distinguished Scholar with the Opportunity Agenda in New York, NY (2013-1014), as Closing the Racial Wealth Gap Fellow with the Insight Center for Community Economic Development (2012), Oakland, CA., Aspen Institute Scholar (2004), recipient of the 2003 Community Impact Award from the National Organization of Black County Officials, the 1998 Presidential Award from the National Association of Urban Bankers, and an Outstanding Achievement Award by the Neighborhood Reinvestment Training Institute in 1996. Jim holds a Bachelor of Architecture degree with honors from Hampton University, a Master of Urban Planning degree from Columbia University, and a Master of City and Regional Planning degree from University of Pennsylvania. 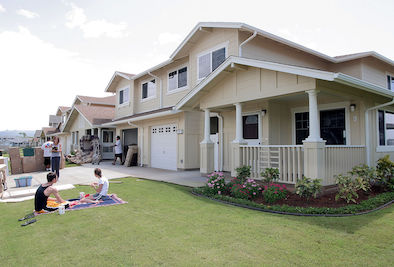