Jim Chanos: U.S. Economy is Worse Than You Think 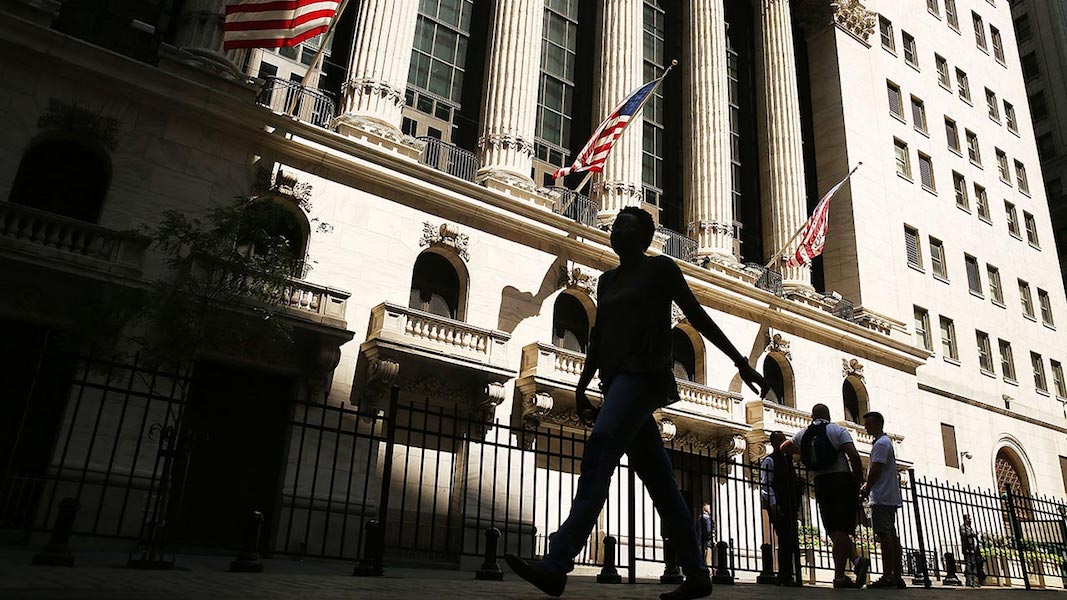 The famed short-seller offers a mid-2017 reality check for “fake fiscal news,” and economic pipe dreams, and sees “portents of even worse things”

Since the election of Donald Trump, the stock market has soared and many pundits have noted positive economic trends in the US. Jim Chanos of Kynikos Associates, known for his financial prescience, is less sanguine. He sat down with INET’s Lynn Parramore to discuss the underlying components of the economy, in which he finds several areas of concern. Chanos is a member of INET’s Global Partners Council.

Lynn Parramore: Let’s talk about perceptions of the U.S. economy. You’ve pointed out that surveys asking how people feel about the economy show optimism, while actual hard numbers look disappointing. What do you make of this gap?

Jim Chanos: It’s intriguing that people are reporting they’re feeling better, particularly in the corporate sector, but even among consumers. People say they feel good about the economy and yet they apparently don’t have any money at the end of every month to keep spending.

We’re seeing weak consumer spending numbers in both auto and housing, which are big drivers of the economy. With unemployment so low and the expansion where it is, these figures should be better than they are. There are portents of even worse things when you look at state and federal tax receipts, which are down, and other leading indicators.

It could all just be a soft spot in an ongoing expansion — time will tell. But the narrative we were told is that animal spirits would take us to the next level of economic activity. That clearly is not happening in mid-2017. We’re 8 years into an economic expansion, and economists say that the modern U.S. economy has never gone more than 10 years without a recession. So as recoveries go we are well into it.

People have bought their cars and remodeled their houses and done a lot of things that one does in an economic recovery. I think incremental spending [spending based on increased disposable income] is going to be harder and harder to come by as time goes on.

LP: What about the health care industry? What impact would the GOP plans have on the economy?

JC:  The Senate bill is really onerous on the backs of consumers and patients. It appears that they need it to get tax cuts and tax reform done. But I don’t think the GOP understands the political minefield they’re laying for themselves here.

Americans are getting unexpectedly higher copay and deductible expenses. They’re shouldering more and more of the health care obligation themselves, and that’s something a lot of families haven’t budgeted for. It was already a going trend in our employer-based system at the time of Obama’s election — remember, about 50 percent of us get health care through our employers. But now it’s also happening in Obamacare’s individual and small group markets. That means people have less money to spend even if their income isn’t shrinking.

Winter is coming for the U.S. health care industry. So many businesses have been structured for ongoing health care usage and inflation that they’ve just gotten fat. People tend to extrapolate from the near-term past and by and large that’s ok, but it catches you flatfooted when there’s a real tectonic shift. I think we have one of those coming in U.S. health care. Just as the shale revolution has changed the energy business, I think the advent of the consumer paying more out of pocket is changing the politics of U.S. health care. Remember, the government pays about half the top line for U.S. health care companies in the form of reimbursement. So politics does matter.

LP: In terms of the energy business, how is it changing and how do those changes impact the economic road ahead?

JC: The energy business will be far more troubled going forward. Much of it is uneconomical. Global demand for oil, gas and fossil fuel is dropping, but supply keeps increasing. Exxon used to have returns on capital in the high 20s, now they’re in the single digits.

The good news is that America, because of the shale revolution, has lots of cheap natural gas. The bad news is that coal is not coming back, whatever President Trump might think. More good news is the increasing adaption of solar and wind and renewables. The bad news is that it’s going to leave a lot of energy companies out in the cold, for lack of a better term. I keep pointing to the fact that Saudi Arabia seems to be rushing to sell the public part of its oil patrimony via the Aramco IPO [the state-owned Saudi Arabian Oil Company] and I think there’s a reason for that.

Frackers are in trouble. They’ve raised so much capital and they’ve been very successful in increasing production, but not in creating cash flow for their investors. A couple of years ago when the Saudis began to put pressure on oil prices intentionally, it was to pressure the frackers and hasten their demise — but the business brought costs down just as fast as oil prices. Frackers were able to stay in business. The capital markets, which froze to them for about six months, opened back up, and that was key because this is a negative cash flow business and the fact that they could access capital again meant they just kept drilling. They keep drilling, but they will have to figure out a way to turn a profit.

LP: Much has been made of the tech companies, the celebrated “disrupters,” as drivers of American prosperity. What’s your view of these firms, the Facebooks and Ubers and Netflixes?

JC: With the exception of Facebook, the disrupters — Netflix, Uber, etc.— don’t seem to be scaling. The Harvard Business Review has a great story out which concludes that unlike dotcom 1.0 when Amazon and Facebook were inventing whole new markets and were relatively cash-flow positive right away, companies like Uber and Tesla are more personal fiefdoms of their CEOs.

Uber is going to be an interesting story. We’ve heard a lot about how they have manipulated workers and consumers, and the governance disasters. Lost in the story of corporate governance is the story of an unprofitable model. They haven’t figured out how to operate a sustainable business.

LP: What about Trump’s infrastructure proposals? Could they help the economy?

JC: That’s just another sort of fake fiscal news, if you will. It’s going to be public-private partnerships. I have a long experience with those: I was short Macquarie Bank, which was the originator of these sorts of things in ’05-’06.

Macquarie started the idea of infrastructure as an asset class idea. But it always revolved around things like parking structures and toll roads — anything where you can have clearly definable cash flow and where you can get an immediate cash payment for use. It’s not water culverts or county service roads. Macquarie did a famous deal on the Indiana toll road (which filed for bankruptcy in 2014, collapsing in debt). It’s things like that.

Because private investors need high rates of return, these deals generally haven’t been good deals for anybody. They haven’t generated the cash investors anticipated. Consumers end up avoiding the toll roads or using different parking facilities if you raise the rates too much. In reality, we already have something [that] create[s] these infrastructure projects: It’s call municipal finance, where municipalities and states can set up funding vehicles and sell bonds to finance the projects.

Now we’re told that the private sector will be able to do this better. Well, they might be able to do it better and faster, but only for a small number of projects. Real projects that we need — repairing, refurbishing, whatever — are tougher. You’re not going to get private investors to sign up for those without definable cash flows. It’s something that sounds good but when we actually start looking at projects that make sense for private investors leveraged up with state-backed or federally-backed bonds to do a project, we’re going to find that it winnows down the list dramatically.

LP: Who is actually going to benefit from such projects?

JC: In my own view, these public-private projects are not what core supporters thought they were getting with Trump.  It’s going to be great for Wall Street investment banks, but I’m skeptical that a lot of people are going to be able to get excited about the economic growth coming from them. Rural people won’t benefit from them. They won’t be happening in the Deep South, where you might need new levees. This is for parking garages at JFK. The reconstruction of New York City’s Tappan Zee Bridge is being funded this way, a public-private partnership.

In the U.S., an attitude of hostility toward government involvement in the economy has developed over the last several decades. In the U.K., when it comes to the economy, the Conservative Party and the Labour Party both see a role for government. The Conservatives see a role that needs to be shaped and controlled and limited, while Labour feels that government should have a bigger role. But they both understand that it has a meaningful role to play. In the U.S. we have a much different situation. The Democratic Party in the U.S. is more like the Conservative Party in the U.K., while the GOP is a party that is actually opposed to the government, taking the view that the government is bad and needs to be reduced or limited. That’s a significant difference, and it shows up in our infrastructure.

LP: How serious do you view the weaknesses in the economy we’ve discussed?

JC: One of these things that we’ve talked about wouldn’t be so bad, but you put them all together and the U.S. economy doesn’t look so great.

The big 3 drivers are still housing, autos, and health care. They disproportionately count for a huge amount of activity. What we see is that housing has stalled, autos have turned down, and health care is possibly about to turn down. Retail is also turning down. Nike is laying off 2 percent of its workforce. I can’t remember the last time Nike said it was laying off people.

Again, this could simply be cyclical, and as we reach the end of the expansion it gets harder and harder to generate new sales as peoples’ leverage has gone up. It could be that, but the problem is that we’re not well equipped to handle anything other than a downturn that’s mild because the Fed is already at near-zero interest rates.

Interestingly, the deficit is starting to go back up because of lower tax receipts. That’s the wrong way for the deficit to go up. New spending, like government spending on infrastructure, would be the right way. 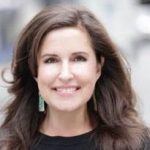