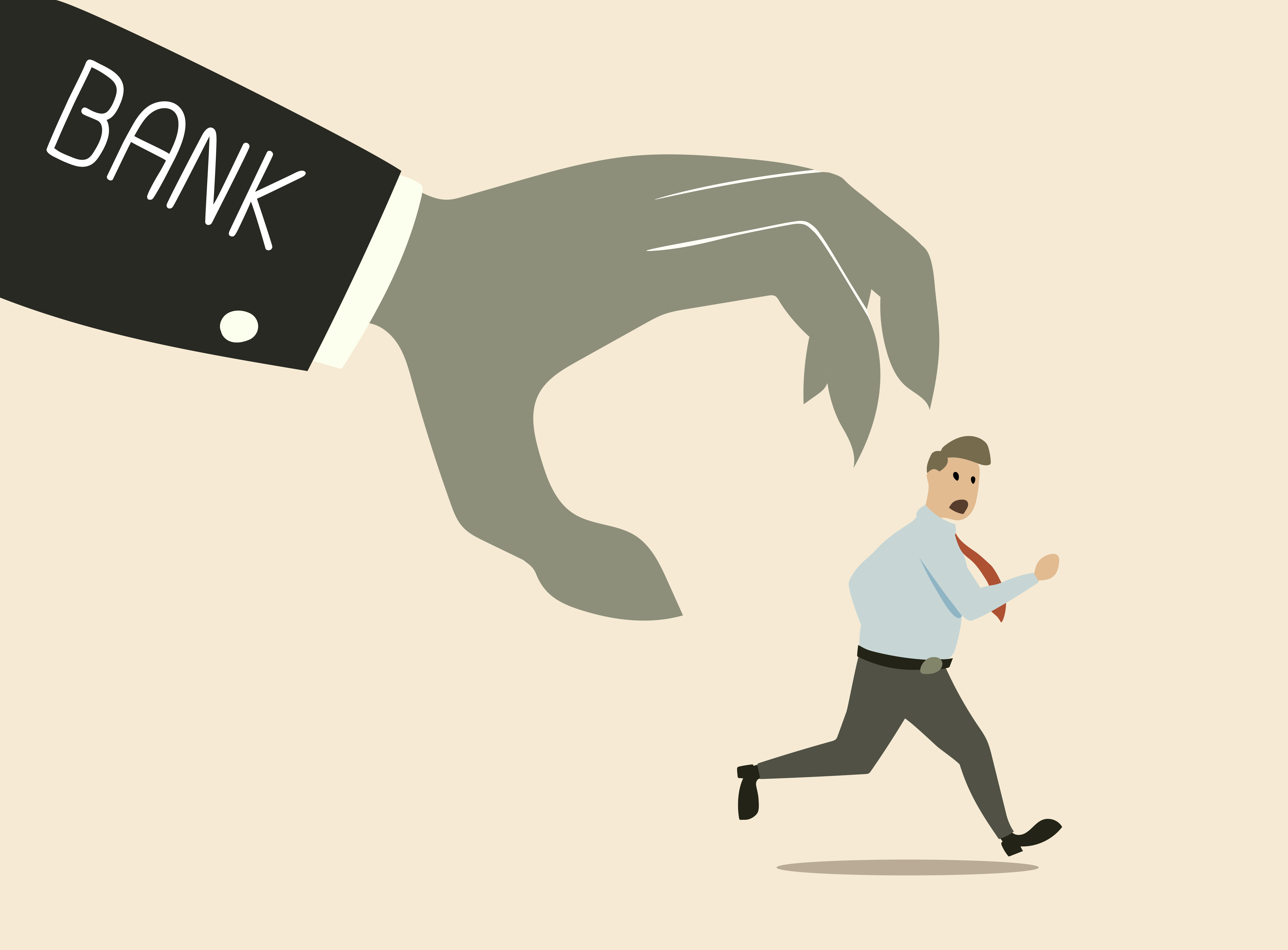 When it comes to what goes on in the marble corridors of the Federal Reserve, Americans tend to be suspicious. For different reasons, both the right and the left have challenged Fed policies aimed at bolstering the economy in the wake of the Great Recession. In two papers for the Institute of New Economic Thinking’s Working Group on the Political Economy of Distribution, “Have Large Scale Asset Purchases Increased Bank Profits?” and the forthcoming “The Impact of ‘Quantitative Easing’ on Expected Profits: Explaining the Rise and Fall of the Fed’s QE Policy,” economist Gerald Epstein and his colleague Juan Antonio Montecino sought to find out who in the economy has tended to benefit from the Fed’s actions. They conclude that Wall Street and wealthy Americans were the big winners from policies like quantitative easing, while the rest saw little improvement in their economic lives. End result? Inequality has gotten worse.

Lynn Parramore: Complaining about the Fed is something of a national pastime. What is it about this institution that attracts so much criticism?

Gerald Epstein: People in America get really angry at the Federal Reserve and at the “money system” in general during economic crises. The Fed draws hostility because of its power, its insulation from democratic accountability, its lack of transparency, and because of its historical and structural connections to finance. It has a lot of power in the economy because it has a big impact on the supply and cost of credit, that is, interest rates. It also plays a key role in supervising banks and historically has seemed to take it easy on the banks when it shouldn’t have, such as in the lead up to the financial crisis. Bankers themselves govern the Fed to some extent, and then there’s the classic revolving door where Fed officials come from and then go back to the financial sector. Fed officials tend to believe that the institution should have a large measure of independence from democratic control, even though in law it is under the ostensible control of Congress.

LP: Many libertarians want to audit the Fed or just plain end it, while conservatives like Rick Perry label the Fed’s actions treasonous. On the other side of the political spectrum, members of the Occupy Movement and progressives like Bernie Sanders and Elizabeth Warren challenge the Fed’s ties to Wall Street. How do people with such vastly different ideologies end up distrusting the Fed?

GE: On the surface, it may look like the right wing and progressive criticism of the Fed is similar, but there are key differences. Many of those on the right distrust the Fed and want to eliminate its power in the belief that the private economy, including the private banks, will be much more efficient, productive and even democratic if they are left to themselves: in other words, the criticism of the Fed really reflects a desire to cripple the government in the service of increasing the power and authority of the market. The perspective of most progressive critics is quite different: they don’t want to destroy the power of the Fed to regulate the macroeconomy and finance. They want to regain control over it so that it better serves the interests of the whole population.

LP: In the past several years, the Fed has been experimenting with a program of quantitative easing (QE) to pump money into the economy. Why did the Fed do it and how does it work? Who exactly does it work for?

GE: Quantitative Easing (or QE) is an overly mysterious term. The actual term used by the Fed is a program of Large Scale Asset Purchases (LSAP) which is even clunkier, but more accurate. In the aftermath of the financial crisis of 2007-2008, the Fed used its power to create money and bought over $3 trillion of financial assets of various kinds in order to raise the price of those assets and lower interests, and to provide more liquidity and credit to the economy. This was supposed to make it easier for people and business to get access to cash to spend.

The question of why the Fed did this is the subject of our papers . There were actually multiple reasons for the program and it is difficult to sort out their relative importance in the Fed’s thinking.

At first, the Fed wanted to keep the large banks from going bankrupt. Officials believed, of course, that if banks went under, the entire economy would be dragged down with them. But they were also interested in helping out the banks on their own terms. In our “Bank Profits” paper we discussed the close ties between the Fed and the banks, and that is significant here. Our research shows that these initial purchases of assets by the Fed in 2009-2010 did increase bank profits, especially the large players. So the Fed’s policy of QE succeeded in helping these financial institutions make more money.

LP: What about later? Did the Fed’s actions continue to be a boon to the banks?

GE: As time moved on and the economy failed to rebound, Fed officials became concerned about the need to continue large-scale asset purchases (quantitative easing) to improve a broader swath of the U.S. economy. They wanted to increase credit and liquidity to restore profitability in the broader economy as a goal in and of itself. But they also hoped that this would lead to more investment and job creation. In our companion paper “The Impact of QE on Expected Profits,” Juan Montecino and I look at three rounds of quantitative easing from 2009 till when it ended in 2014. We show that investors expected QE to benefit financial, construction and auto firms in the first two rounds of QE, but by the third round, only certain financial sectors were expected to benefit, and only to a modest extent. We argue that this lack of effectiveness in promoting corporate profits eroded the political support for QE and that contributed to the Fed’s decision to end it.

LP: A lot of people have argued that the Fed’s policies have helped the broader economy overall. For example, Paul Krugman suggested this in a recent New York Times op-ed. Do you agree?

GE: There have been many studies of this issue. The impact of QE on generating more lending by Wall Street to Main Street and in generating more employment and increasing overall investment in the economy is quite modest. QE probably limited the initial collapse of the economy, and likely had a very small positive impact on economic growth, but its broader impact on jobs and growth in the economy seems not very big.

LP: Krugman didn’t say much about how low rates affects the price of assets like stocks. Should we be concerned about asset prices going up?

GE: The evidence is quite clear that QE has increased certain asset prices in the economy. These include the assets the Fed bought directly, such as mortgage backed securities and long term government securities. There is also evidence that QE contributed to an increase in corporate bond prices. But what most people see is the big run-up in equity (stock market) prices in the last several years. Interestingly, it has been much harder to show that QE has caused the big rise in the stock market. A major part of the problem is that there are many possible factors that could have led to the stock market boom and it is hard to isolate the impact of QE.

But there is no doubt that the Fed’s large-scale asset purchases have caused major increases in a number of asset prices in the economy. This is especially true of mortgage backed securities and corporate bonds, and quite possibly of equities as well . For those people and institutions holding those things, the run up in prices has been a wealth bonanza.

LP: How have the Fed’s actions impacted economic inequality in the U.S.?

Our papers suggest that initially, QE contributed to a pretty significant increase in inequality. It raised asset prices, which are owned primarily by the wealthy, while having relatively small if any positive impacts on bank lending, employment, wages or economic growth, so ordinary people haven’t had much help. By the third round of QE in 2012-2014, the effects had likely muted quite a bit. There were probably not big impacts on asset prices from QE and the positive effects on employment growth might have strengthened somewhat.

But in the big picture, I think the evidence points to the conclusion that QE and other aspects of Fed policy increased inequality pretty significantly. This is reinforced if you take into account all the other non-standard measures the Fed used to bail-out the banks early on in the crisis.

LP: Lately we hear a lot of worry about what will happen if the Fed raises interest rates. How might the average person feel it if this happens?

So raising interest rates might lead to some initial reductions in wealth by lowering asset prices, but it could also take a bite out of your paycheck and dampen your prospects of finding a job. It’s a bit of damned if you do and damned if you don’t.

LP: What kind of Fed policies would help close the inequality gap in the U.S.?

The Fed needs to adopt new tools, on its own and perhaps in cooperation with the other parts of the U.S. government, to improve the economy from the bottom up. This includes increasing facilities for debt forgiveness for under-water mortgages and excessive student loans; increased credit facilities for small businesses and cooperatives; helping to underwrite mechanisms for creating affordable housing in cities; and more restrictive enforcement of financial regulatory rules to help reign in excessive banker risk and pay.

But the Fed cannot reduce inequality on its own; far from it. This requires a concerted effort by the government, broadly speaking, to support a variety of efforts. These include things like raising the federal minimum wage, eliminating unfair restrictions on union organizing, increased fiscal spending on needed infrastructure with a condition that these jobs will be decent paying jobs. Of course, this is just the tip of the iceberg, and far from the question of the role of the Federal Reserve.