You would have thought that to be a “jazz economist” was a good thing. I first imagined a “cool cat” that would entrance the hearts and minds of the populace. Not so.


I came across the term reading Frontpage Economics, a recent book by sociologist Gerald Suttles on the economic ontologies created in the press coverage of the stock market crashes of 1929 and 1987. Suttles (p. 80) writes that in the 1930s:

The “Jazz Economist,” however, was a permanent villain who some bankers blamed for the October crash. The Jazz Economists had disturbed the natural order of the business world with newflanged economic theories that roused the manic public and stripped them of caution.

Suttles’s writing is evocative of how jazz was a signifier for invention that was disruptive, nearly riotous (“manic”) if not even sensous (“stripped”). That was jazz before it was good business and mainstream culture. That was Jazz as dangerous, culturally and racially, even as the reports appeared in urbane and tolerant New York City and Chicago, Suttles’s principal sources are the Chicago Tribune and the New York Times.

Searching newspaper databases for the period 1928-1936, I found one prominent media event that seems to be at the root of the “jazz economist” representation. It comes in November 17, 1929, taking the front page of section 3 of the Chicago Sunday Tribune, and page 7 of the Sunday edition of the New York Times. The text is the same and one notable segment goes:

Previous to every collapse in security prices in the past half century, it was pointed out, a similar school of prophets has arisen which has sought to account for high prices on the ground that the financial world was about to embark on a “new era.”

The article tells of a meeting of financiers (not identified) that reasoned that the optimism of the “new era” economists in early 1929 was a sign of the end, a marker of disaster. Indeed, as Suttles explains economists are blamed for producing excessive public enthusiasm and confidence. Yet, it is religious like rapture that the journalists convey in the news item, not the cultural suspicion that the term “jazz economists” may have carried in its first pronounciation by the bankers.

More from the abusive 1929 article:

the economists pointed to the vast buying resources of millions of resources of millions of investors who entered the market and to the large funds in the hands of insurance companies, investment funds companies, investment trusts and other institutions … It was alleged by this group that panics had been rendered impossible by the creation of the federal reserve system and that major reactions were rendered unlikely by the fact that there was no apparent inflation on commodities. 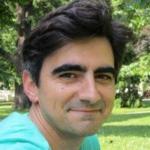