How NAFTA Lost Democrats the South 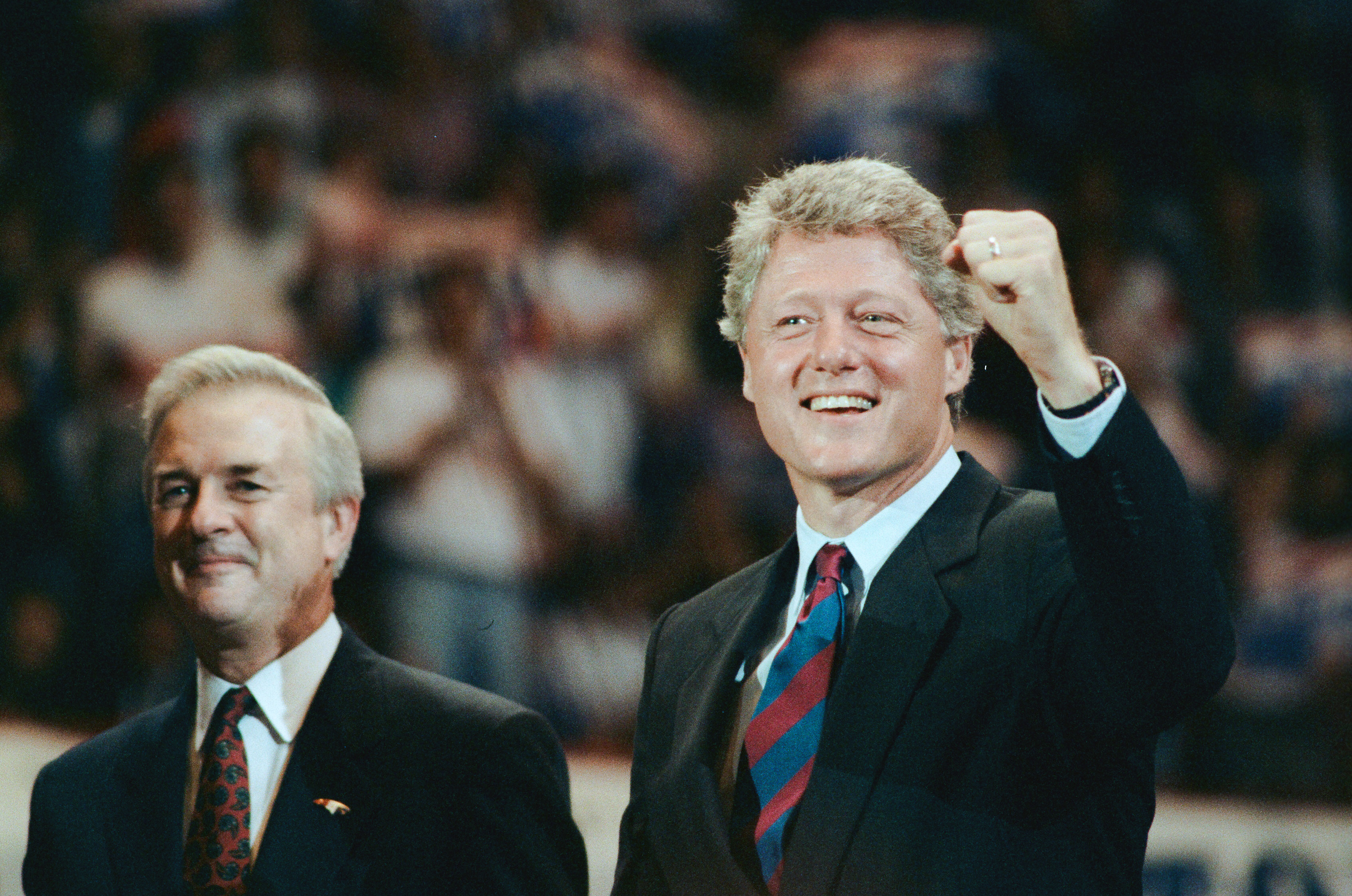 For thirty years after the Civil Rights Act, a sizable share of white Southerners still voted Democrat. That changed when the party embraced trade deals that hurt American workers.

The Voting Rights Act of 1965 revolutionized politics in the American South. Literacy tests were banned entirely in covered areas, and the Attorney General was authorized to assign federal examiners to enroll qualified voters in these areas. By the 1980s, southern black registration rates were typically higher than those of blacks in other regions, at times exceeding white registration rates in the same state and year. Progress in electing black candidates to office took longer, driven by litigation to overcome “vote dilution” practices by southern jurisdictions. By 1984, however, the number of southern black elected officials surpassed that in the rest of the country, and the growth continued through the 1980s and 1990s.

Contrary to the widespread belief that the region turned Republican in direct response to the Civil Rights Revolution, expanded voting rights led to twenty-five years of competitive two-party politics, featuring strong biracial coalitions in the Democratic Party. Martin Luther King, Jr., advanced this prospect in a January 1965 phone conversation with President Johnson: “It’s very interesting, Mr. President, to note that the only states you didn’t carry in the South…have less than forty percent of the Negroes registered to vote…It’s so important to get Negroes registered in large numbers in the South. It would be this coalition of the Negro vote and the moderate white vote that will really make the new South.”

My new INET Working Paper shows that King’s vision of a successful biracial coalition was largely borne out in statewide elections over the next 25-30 years. Knowledgeable observers of southern politics during the 1970s and 1980s described a region that at long last had shaken off the race issue, freeing its politics for realignment along economic lines. Alexander Lamis published the first edition of The Two-Party South in 1984, opening with the observation that “by the early 1970s…one could discern a distinct lessening of racial tension in the region…the altered racial environment contributed to the development of two-party politics” (p. 5), and concluding: “Party competition has now firmly settled into the region” (232).

The year 1970 marked something of a turning point, in which traditional racial rhetoric proved politically unsuccessful throughout the South. The 1970s saw a wave of “New South” Democratic governors, including such prominent figures as Reubin Askew of Florida, Dale Bumpers and David Pryor of Arkansas, Jimmy Carter and George Busbee of Georgia, Edwin Edwards of Louisiana, and John West of South Carolina. All were moderates by national standards, and all had similar programs to replace the divisive race issue with support for economic development, through education and other infrastructure investments.

Nor was this a one-generation affair. The first wave of the 1970s was succeeded by a second wave in the 1980s, featuring names such as Bob Graham of Florida, Dave Treen of Louisiana, William Winter of Mississippi, Richard Riley and Carroll Campbell of South Carolina, Chuck Robb of Virginia, and Bill Clinton of Arkansas. Historian Gordon Harvey writes that since 1970, every southern state except Alabama has elected at least one New South governor.

Black voting and representation produced tangible economic benefits, most directly for African-Americans. Representation in local politics led to improved access to city and county services, such as police and fire protection, paved roads and street lights, recreational facilities, and appointments to boards, commissions and civil service jobs. Systematic evidence compiled by political scientist James Button for six Florida counties shows that the percentage of streets paved in black subcommunities was far below the white norm in 1960, but rose rapidly in the 1960s and was at or near parity with white areas by the 1980s. In the cities, political participation changed the racial composition of public-sector employment, generating black access to administrative and professional positions previously restricted to whites. The best-documented state-level study is by Elizabeth Cascio and Ebonya Washington, who track the share of transfers (chiefly for education) to counties with higher black population shares, comparing states with literacy tests (and therefore covered by the VRA) and those without. The authors estimate that the mean county in a literacy-test state saw an increase of 16.4 percent in per-capita transfers over the period. Citing contemporary testimony, Cascio and Washington interpret the result as an indication that blacks were part of new statewide coalitions.

The case for positive economic benefits for African-Americans from voting seems strong. A further question raised in my 2013 book Sharing the Prize is whether these advances came at the expense of white southerners, or whether instead they were part of a broader restructuring by which most white southerners also gained. Many local studies describe precisely this outcome. Economists Andrea Bernini, Giovanni Facchini, and Cecelia Testa find that southern counties more strongly affected by the VRA – those compelled by litigation to switch to single-member districts – elected more black officials, gained more revenue from state and federal transfers, and provided more public goods, primarily education. Major southern cities also developed biracial coalitions in the wake of black political empowerment. One example is Charlotte, North Carolina, which struggled to an uneasy compromise on school integration and busing in the 1970s. A move to district representatives in 1977 increased black participation and contributed to passage of an airport bond issue in 1978, reversing an earlier defeat. Election of Civil Rights hero Harvey Gantt as mayor in 1981 seemed to symbolize the new consensus around economic growth, helping Charlotte to become the third-largest banking center in the nation.

If this characterization of the two-party South is accurate, the obvious question is why the region’s voters moved so decisively to the right from the mid-1990s onward. In the extensive literature discussing this question, it seems to have escaped attention that much of the South experienced wrenching economic dislocation at precisely this time, as the manufacturing industries that had formed the core of the regional economy began their historic descent in response to import competition. In southern politics, trade policy was front and center. One highly visible object was NAFTA, enacted in November 1993 with vigorous backing from President Clinton, and implemented on January 1, 1994. Although supported by some parts of the industry, NAFTA was strongly opposed by workers and unions in textile areas (as well as the industrial Midwest). The origins of the pact were bipartisan, but Clinton took most of the blame, and Democrats voting in favor suffered badly at the polls in 1994.

Of perhaps even greater regional significance was the 1994 Agreement on Textile and Clothing, negotiated as part of the WTO’s Uruguay Round. The agreement phased out the import quotas of the Multi-Fibre Arrangement (MFA) over the ten-year period 1994-2004. The demise of the MFA precipitated rapid growth of imports of textiles and apparel from many countries, including Pakistan, Bangladesh, Vietnam, Indonesia and Canada. The expansion of Chinese imports after 2001 added another inflection point to the downward spiral, helping to explain why early projections underestimated the speed of change so severely.

This account should not be understood as a suggestion that switching party allegiance was a rational response to economic distress, nor that displaced textile workers were the cutting edge of southern Republicanism. The argument instead is that the political-economic basis for a biracial coalition was undermined by deindustrialization. Ruy Texeira and Alan Abramowitz show that Democratic identification among lower socioeconomic white southerners fell sharply in the 1990s, and even more dramatically thereafter. In an update to their 2006 book, Byron Shafer and Richard Johnston acknowledge a post-2000 Republican shift among low-income southern white voters, “the people who for forty years rejected the new southern Republican party.”

The consequences of one-party Republican rule have been devastating for black and many white southerners. Racial polarization has been exacerbated, ending what had been a steady advance of black legislators into leadership positions. Tax and budget cuts have reduced support for public education in nearly all states, reversing decades of progress toward higher national norms. Policies toward the low-income population have become distinctly harsher. Responding to the decentralization offered by the Personal Responsibility and Work Opportunity Reconciliation Act of 1996, southern states have slashed welfare rolls more drastically than any other part of the country. Of all the states that have rejected expansion of Medicare coverage, the most uncompromising have been in the South. Most tellingly, although these policies were enacted in the name of economic growth, per capita incomes in the southern states have continued to decline relative to the national average.

This account suggests that there is a basis for a new multi-racial majority coalition in many if not all southern states. Indeed, that prospect has been realized in Virginia, and its outlines glimpsed in statewide votes in Alabama, Louisiana, and North Carolina, among others. The obstacles are obviously high, but so are the prospective gains. What happened in the past can happen again. 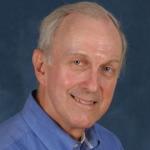