How Much Do Shady Financial Practices Cost You, Exactly? 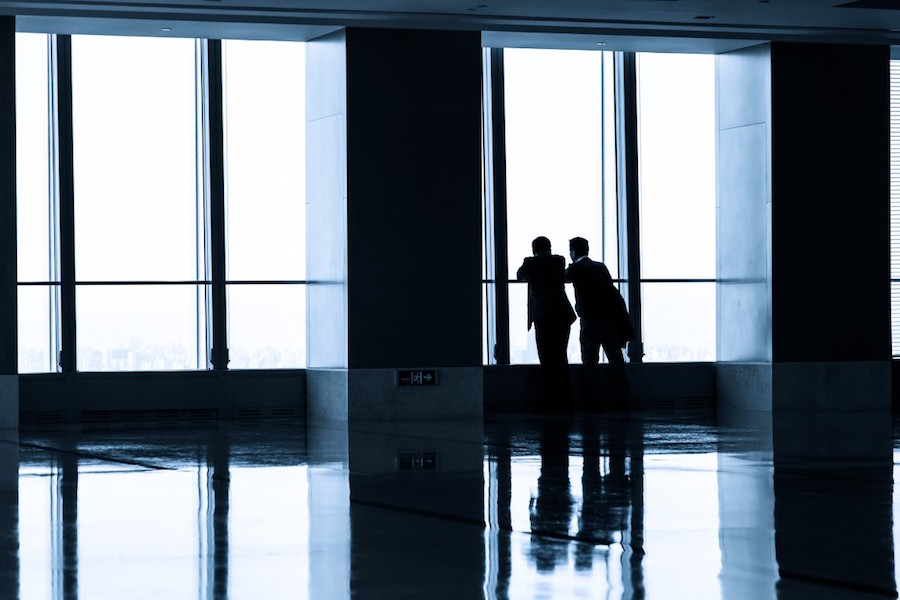 Average U.S. household loses over $100,000 to destructive activities of bankers and financiers

America’s financial system is broken for all but a few at the top — that much is plain. The rest sense that we are stuck on the minus end of some great financial formula, but given the complexity and size of Big Finance, it’s hard to pin down exactly why it happens and how it all adds up.

Enter economist Gerald Epstein of the University of Massachusetts, Amherst. He has dived in and crunched the numbers, and the results are eye-popping. Epstein and his colleague Juan Antonio Montecino look at exactly how families, taxpayers and businesses get ripped off by dubious financial activities and tally up the costs in a new paper for the Roosevelt Institute, “Overcharged: The High Cost of Finance.” (The Institute for New Economic Thinking has also supported several papers by Epstein).

Epstein and Montecino report the grand total of the loss to Americans:

We estimate that the financial system will impose an excess cost of as much as $22.7 trillion between 1990 and 2023, making finance in its current form a net drag on the American economy.

That is indeed a drag.


The researchers look at three key areas, including the excessive profits nabbed by financiers; the price of diverting resources away from non-financial activities; and how much you lose from blow-ups like the 2008 financial crisis.

I asked Epstein how all this breaks down for an ordinary American employee, say, the manager at a retail store — let’s call her Jane. Epstein explained to me how bankers and financiers shrink her wallet as she goes about her normal activities.

Epstein begins with a few examples, such as late fees on credit cards.

A late fee might be $30. Interest rates can go up as high as over 20 percent. Then there are the ATM fees which Jane may not see, and which Congress tried to limit with little success in Dodd-Frank. Consumer groups have also tried to limit bank and credit card fees, but also unsuccessfully because the bank lobby is so strong in protecting them. If Jane has an erroneous fee, good luck to her in getting that reimbursed.

If Jane is lucky enough to have some retirement savings, she is very possibly getting taken for a ride there, too. Epstein notes that if you have a 401(k) plan and your employer has hired an asset management firm to manage your funds, the costs are very high compared to index funds or low-cost managed funds. Often 2 percent is skimmed right there.

An employee is often given the illusion of choice between different funds, but in reality they may all have high fees and do no better — or even worse — than the overall stock market. Even if Jane has the choice of an index fund, notes Epstein, she may still get swindled. If the employer has set things up with an asset manager, fees on index funds can still be higher than if you did it yourself.

What can Jane do? Can she educate herself on the intricacies of fee structures to avoid this pitfall? Good luck with that too, says Epstein.

“There’s very little requirement that these asset managers provide real, clear, upfront information about the fees, about the returns relative to alternatives, and so on.” He explains that managers and advisors typically don’t even have fiduciary responsibility to Jane and her fellow employees. In other words, they aren’t obligated to do what’s in her best interest and they may well have conflicts of interest, luring people into investments that produce the biggest fees for themselves.

The asset management company, the broker, or the manager is richer; Jane is poorer.

Jane’s whole family is going to pay heavily for all these overpayments, which, for poor families, include gouging by payday lenders and other predators. But there are hidden costs, too, which pile up from a financial system that is too big and attracts vast numbers of talented, smart people who want to get rich instead of teach, practice medicine or build things.

This bloated, inefficient financial system tends to lower economic growth — Epstein reckons that between 1990 and 2005, the cost to the overall economy was between 2½ and 4 trillion. Americans have also paid because of the banking shenanigans which helped set off the 2008 financial crisis — they may have lost their jobs or seen their wages reduced or their homes foreclosed. Many never regain their financial footing.


Jane’s household lost $105,00 and $180,000. The typical household would have doubled its wealth in retirement if not for these costs. Frankly, these numbers are probably underestimated because of conservative estimates we used.

Epstein calls the whole process a “negative sum game .” This means that it costs people like Jane more than simply a dollar to transfer a dollar of wealth to financiers — significantly more because of all the ways their destructive activities impact her, like reduced governments services due to a stagnant economy. “We actually pay five dollars for every extra dollar that ends up in the pockets of bankers,” Epstein notes. “It drags down the economy as a whole.”


Neoclassical economists love to talk about the efficiency of the market. But this is anything but efficient.

“We’re not saying that there’s no financial activity which is useful,” Epstein emphasizes, “but we are saying that the kinds of finance that generate these high rents and these high profits, are also extremely damaging to all the Janes and Johns in our economy.” He points out that these financial activities are a big engine of inequality: “The benefits are accruing to the one percent and the costs are hitting the 99 percent.”

Taking back the economy

Can the excess costs of finance be reduced? Can the financial sector once again play a more productive role in society?

Epstein and Montecino say yes. “To accomplish this,” they write, “we need three complementary approaches: improved financial regulation, building on what Dodd -Frank has already accomplished; a restructuring of the financial system to better serve the needs of our communities, small businesses, households, and public entities; and public financial alternatives, such as cooperative banks and specialized banks, to level the playing field.”

“We know how do this,” says Epstein. “In the past, we had strict regulations on banks by the New Deal coalition, but they fell apart in part because the bankers themselves were never happy with it. They did ok, but not so much better than, say manufacturers. They made respectable incomes, but not mega profits. So they pressed very hard to get rid of the restrictions, and they eventually got their way. By 1999, with the repeal of Glass-Steagall, it was a fait accompli.”

Financiers and bankers still have enormous political power through the revolving door and they’ve managed to poke enormous holes in Dodd-Frank. In Epstein’s view, the next president has to make breaking up the biggest banks a priority if the wild horses of finance are to be corralled.

The banks are too big to fail, too big to manage, too big to jail. Our results suggest that they use subsidized government funds in the form of bailouts to do risky, destructive speculative activities. That’s the number one priority. Number two is to bring the shadow banking system, which includes like hedge funds and private equity funds, under strict regulation, which they aren’t now. Number three is to make the regime of regulation of derivatives much stronger.

Epstein is also keen on the idea of alternative financial institutions, such postal banks, which the U.S. Postal Service has been discussing bringing back (these banks existed in the 1930s and ’40s). “That way,” says Epstein, “people don’t have to go to the pawnbroker for a credit card. We really need alternatives for all financial areas—everything from mortgages to retirement investing.”

The public option for finance is not yet being discussed among mainstream political candidates, but perhaps, like the public healthcare option, the time for taking it seriously is on the horizon.

Epstein adds that there is much more research that needs to be done by economists to study the myriad processes by which Americans are drawn into the financial web and the ways in which they are overcharged —a whole range of activities from student loans to debt collection. “We need to know more about how they affect us as individuals and collectively.”